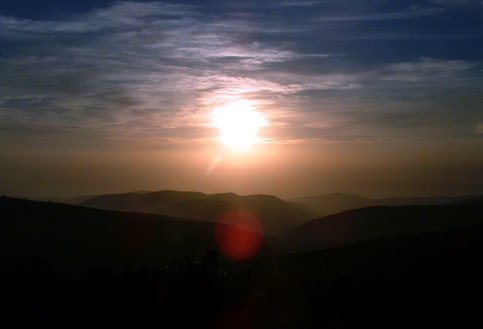 When does the banishment of an entire people become morally justified? That such a question can even be posed in today’s Israel is dismal testament to the transformation of Zionism into what it claims to abhor. In two recent, extraordinary documents — a commentary in London’s The Guardian and an interview with Ha’aretz — Israeli historian Benny Morris prepared the ground for Israel to justify any atrocity, no matter how much it transgresses human rights, law and decency.

In a 9 January interview with Ari Shavit of Ha’aretz, Morris went further than he ever did in describing the 1948 exodus of Palestinians as the result of deliberate “transfer” by the Zionist militias. Far from being horrified, however, Morris said: “There are circumstances in history that justify ethnic cleansing.” He admitted that a “Jewish state would not have come into being without the uprooting of 700,000 Palestinians. Therefore it was necessary to uproot them. There was no choice but to expel that population. It was necessary to cleanse the hinterland and cleanse the border areas and cleanse the main roads … (and) the villages from which our convoys and our settlements were fired on.”

Accepting this “necessity” stands on the belief that the Zionists had an absolute, unquestionable right to establish by any means necessary a Jewish state in Palestine, notwithstanding that the land was already inhabited.

Morris recognized this weakness and tried to dispense with it in his 14 January Guardian commentary. “Looking at the big picture,” Morris conceded, “there can be no avoiding the simple Arab argument: ‘No Zionism – no Palestinian refugee problem.’ But adopting such a slogan means accepting the view that a Jewish state should not have been established in Palestine (or, presumably, anywhere else). Neither can one avoid the standard Zionist rebuttal: ‘No war – no Palestinian refugee problem,’ meaning that the problem wasn’t created by the Zionists but by the Arabs themselves, and stemmed directly from their violent assault on Israel.”

Morris knows — because he has written the references on the subject — that this is pure fabrication. Indeed, he told Ha’aretz that he recently found that in “the months of April-May 1948, units of the Haganah were given operational orders that stated explicitly that they were to uproot villagers, expel them and destroy the villages themselves.” How could the Zionist forces have reacted both in April and earlier to an intervention by the Arab states that did not occur until after 15 May 1948?

For Morris, Israel made a “serious historical mistake” in 1948, because it did not do a “complete job” of forcing out all the Palestinians. Asked if he would support the transfer and expulsion of the Palestinians from Israel, the West Bank and Gaza today, Morris’ reply to Shavit was chilling: “I say not at this moment. I am not willing to be a partner to that act. In the present circumstances it is neither moral nor realistic. The world would not allow it, the Arab world would not allow it, it would destroy the Jewish society from within. But I am ready to tell you that in other circumstances, apocalyptic ones, which are liable to be realized in five or ten years, I can see expulsions.”

Morris is already “a partner in this act” because he lays the ideological groundwork for it in a context where Israeli Cabinet members are already crying for “transfer,” and where, bit by bit, Israel is implementing in the Occupied Territories a process that may lead to it. He makes ethnic cleansing moral and inevitable by constructing an inhuman enemy whose essential disposition is not inspired by any of Israel’s actions.

Morris told Ha’aretz: “There is a deep problem in Islam. It’s a world whose values are different. A world in which human life doesn’t have the same value as it does in the West, and in which freedom, democracy, openness and creativity are alien. A world that makes those who are not part of the camp of Islam fair game … Therefore, the people we are fighting and the society that sends them have no moral inhibitions. If it obtains chemical or biological or atomic weapons, it will use them. If it is able, it will also commit genocide.”

Morris conflates all Palestinians with a de-historicized, monolithic Muslim culture that is in ceaseless conflict with the West. To mitigate Morris’ anxieties about genocide, Israel — the embodiment of Western values — must destroy the Palestinians. With such logic, Morris the historian repudiates history as the pursuit of knowledge and understanding.

In this context, consider how he addressed the issue of refugees in The Guardian. Ignoring centuries of Muslim-Jewish coexistence and recent post-conflict reconciliations, as in South Africa, Morris premised that the return of the refugees or the creation of a binational state could only result in “widespread anarchy and violence” and the emigration or subjugation of the Jews “in an authoritarian, Muslim-dominated, Arab-ruled state.” Morris then contended: “To many in the West, the right of refugees to return to their homes seems natural and just. But this ‘right of return’ needs to be weighed against the right to life and well-being of the 5 million Jews who live in Israel.” Morris asked: “Wouldn’t the destruction, or at least the forced displacement of these 5 million … constitute a far greater tragedy than what befell the Palestinians in 1948, and, currently, a graver injustice than the perpetuation of the refugeedom of fewer than 4 million Palestinians?”

It is painful to read Morris’ interview, in which he called Palestinians “barbarians” who should be put in a “cage.” But after reading it, I heard an interview with black South African playwright John Kani on National Public Radio. Kani recalled the frequent interrogations he endured from a white intelligence officer: “He used to tell us South Africa would never, ever change. This is a God-created situation. They (white South Africans) were the chosen people, not the Jews, and that South Africa was their country and we didn’t have the brains to become a free people, or even to think we could govern.”

Palestine-Israel will, inevitably, become a democracy for all its people. Inevitable, because through the collective efforts of those who work for justice, we will make it so.

Ali Abunimah is co-founder of The Electronic Intifada. This article was first published in The Daily Star.