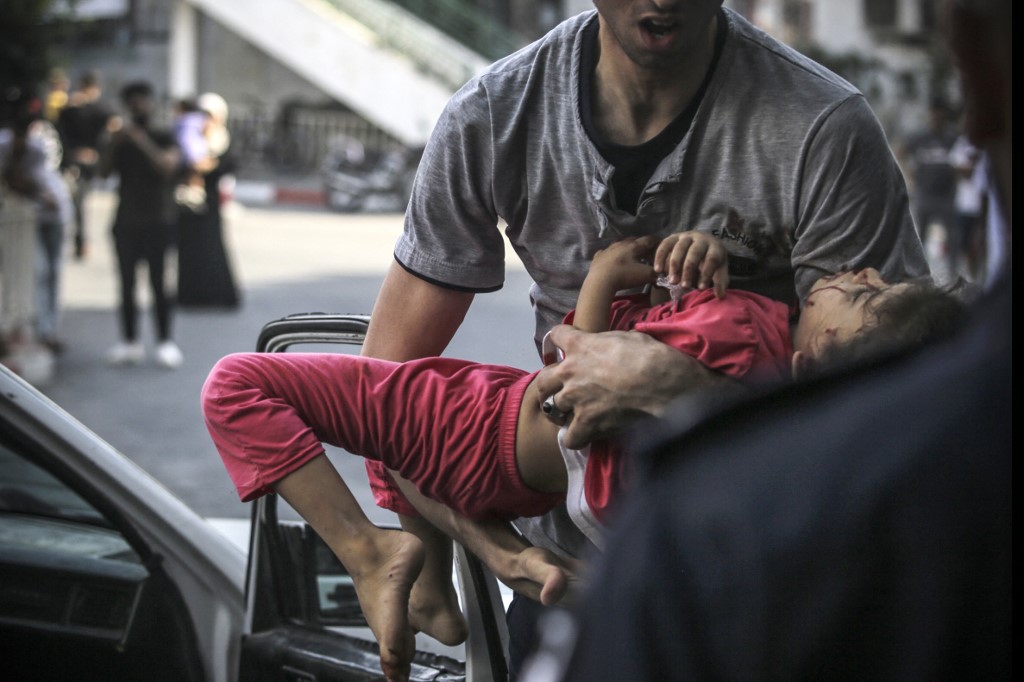 Israel’s attack on Gaza on Friday was weeks in the making, a deliberate act to gain legitimacy with its public, say Palestinian observers, as Israel braces for new elections in November.

On Friday, Israel launched missiles throughout the besieged Palestinian enclave, killing 10 people, including a five-year-old girl, a 23-year-old woman, as well as Taysir al-Jabari, a commander of Islamic Jihad’s military wing.

Islamic Jihad group said it fired more than 100 rockets into Israel in retaliation for the air raids. The violence raised fears of another war on Gaza by Israel, just 15 months after a month-long conflict that killed more than 260 people.

“Everyone is nervous, there is no appetite for war,” said Tamer Qarmout from the Doha Institute of Graduate Studies, who hails from Gaza and has family there.

“Gaza has witnessed four or five major conflicts over the last 15 years. We’re still talking about the reconstruction of the Gaza Strip. Gaza has never really recovered, it just lives from conflict to conflict,” he told Al Jazeera.

Israel’s deadly attacks came after Israeli forces arrested Bassam al-Saadi, a senior member of the armed group, earlier in the week. Al-Saadi was detained during an Israeli raid in the West Bank city of Jenin, during which a teenager was killed.

Prior to the assassination of al-Jabari, Israel tightened its grip on the coastal enclave, already 15 years under a brutal blockade, by shutting down all border crossings.

Israel also closed roads around Gaza earlier this week and sent reinforcements to the border as it braced for a response after al-Saadi’s arrest.

Friday’s attack came on the heels of previous assaults, including drone strikes on the Gaza Strip, leading some observers to suggest the current escalation is a calculated move. The West Bank, too, has also seen a rise in Israeli attacks by soldiers and settlers alike, as well as arrests of Palestinians and home demolitions.

“Israel is arming its settlers in the West Bank to shoot and kill Palestinians and not to [do so] under the chain of command of the military. So what we’re seeing right now is an intensification of Israel’s military strategy of ‘shock and awe’,” said Mariam Barghouti, a Ramallah-based researcher.

“Let’s also keep in mind that Israeli elections are coming this November, and there’s this trend of Israeli leaders to use Gaza as a weapon to rally the Israeli settler population.”

Israel appeared intent on escalating the situation when Prime Minister Yair Lapid said on Thursday that Israel “will not shy away from using force to restore normal life in the south of the country, and we will not stop the policy of arresting terrorist operatives in Israel”.

Nour Odeh, a former Palestinian Authority government spokesman and a political analyst, suggested the latest attack could be politically motivated.

“Gaza is traumatised. It has not recovered yet. Hamas and Jihad were going out of their way to maintain calm and give people a chance to breathe. No one was seeking an escalation – except Lapid,” said Odeh.

“It’s a contest to show who’s more powerful. Lapid wants to prove he has what it takes, even though he has no military background,” she added.

Analysts said there are intersecting electoral influences fueling Israel’s decision to start what could possibly be another war.

As is the case almost every summer, the current governing coalition in Israel is meaning to look hawkish in the lead-up to another election cycle in which the Likud Party – headed by former Prime Minister Benjamin Netanyahu – is poised for a return.

It also came at a time when the United States is gearing up for midterm elections, and with the Democrats elevated by some minor legislative victories, the Biden administration will be more averse to telling Israel to cease its attacks, or holding it accountable for war crimes such as the killing of the young girl and other civilians on Friday.

“Israel is using Gazans as sacrificial pawns in their ongoing struggle for power and are acting with impunity because they know nobody can or will hold them accountable,” said Tariq Kenney-Shawa, a US-based policy fellow at Al Shabaka – The Palestinian Policy Network, an independent, nonprofit think-tank.

“The fact that zero rockets were fired from Gaza prior to Israel’s unilateral decision to start a massacre, despite the tightening of the blockade, and the assassination of PIJ [Palestinian Islamic Jihad] leaders, it is evidence of the vacuity of Israeli security concerns.

“Israel appears bent on striking PIJ hard, so PIJ will have to respond as they have already indicated. This is going to escalate again and Gazans will pay.”

Gideon Levy, an Israeli commentator and writer for the Israeli newspaper Haaretz, told Al Jazeera that bombing Gaza has become a way for Israeli politicians to show their “strength” ahead of voting.

“I’m very suspicious that it has to do with the elections. Any prime minister needs to prove himself, especially if he comes from the centre-left in Israel. And we have a new prime minister, and he wants to show that he’s macho like all the former prime ministers. All those are very poor excuses to go for another round in Gaza,” Levy said.