We stand with the victims of every white-supremacist and racist and anti-Semitic assault back through history. 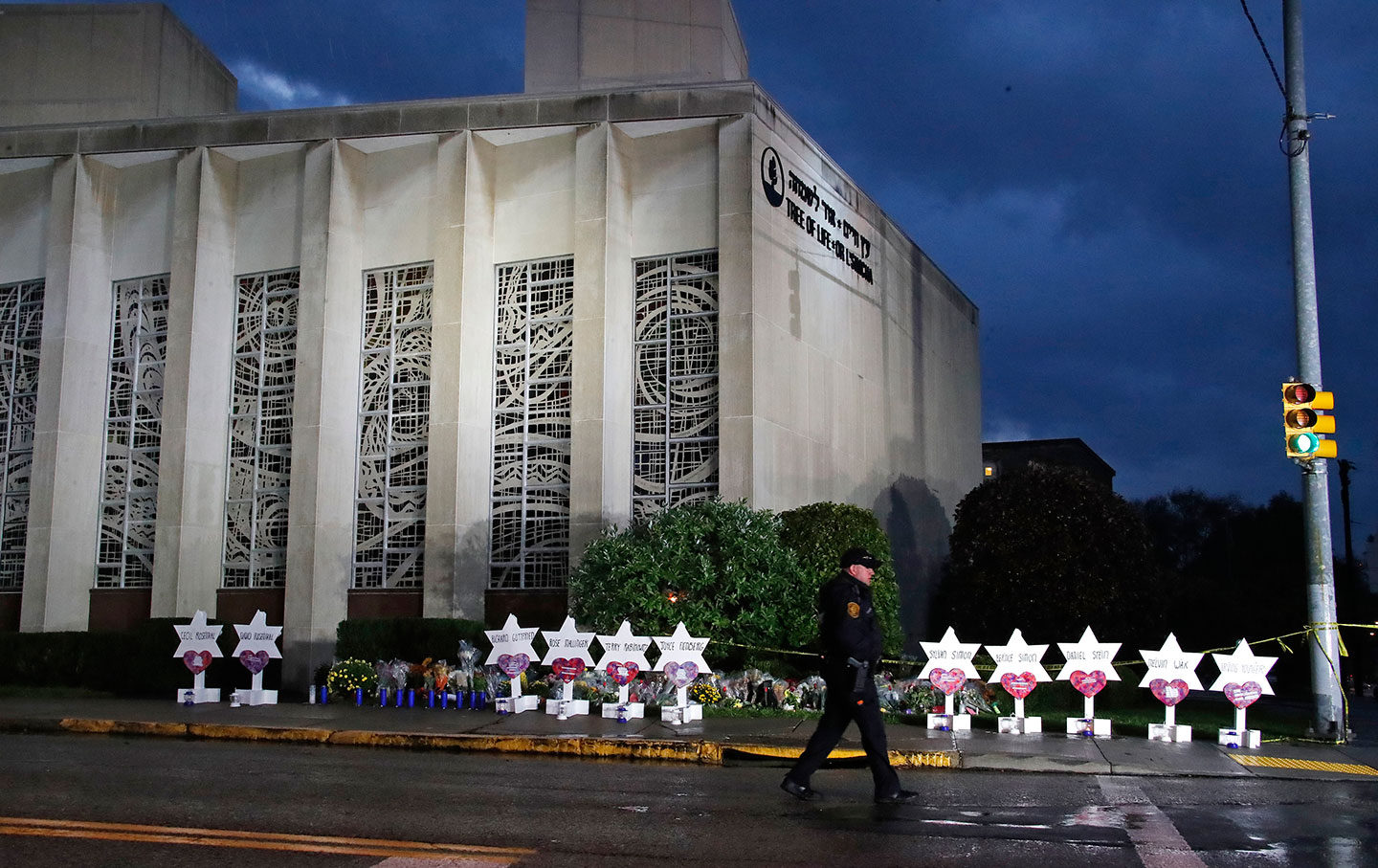 A memorial at the Tree of Life Synagogue in Pittsburgh. (AP Photo/Gene J. Puskar)

Let’s be clear: The attack in Pittsburgh is what real anti-Semitism looks like, with all its horror, fear, and deadly violence. This is the anti-Semitism that has historically fueled right-wing and fascist movements that have targeted vulnerable communities in countries around the world and in eras going back hundreds of years.

And let’s be clear: This is what happens when a country’s leaders—especially its president—call for, defend, encourage, and protect those who threaten and commit acts of violence against Jews, Muslims, African Americans, immigrants, LGBTQ people, women, or the best-known opponents of that president.

This is what happens when a president makes false claims—blithely admitting there is no evidence—that desperate Central American asylum-seekers looking for safety in the United States somehow include terrorists, including unnamed “Middle Easterners.” We cannot separate those White House claims from the gunman’s social-media rage aimed at the historically Jewish refugee support organization HIAS, which plays a vital role in defending asylum seekers, saying just a few hours before his shooting rampage, “HIAS likes to bring invaders in that kill our people. I can’t sit by and watch my people get slaughtered. Screw your optics, I’m going in.”

This is the kind of attack—no, these are the kinds of attack—that call for the strongest, most powerful, most unequivocal unity of all those who face racist, anti-Semitic, xenophobic, Islamophobic, homophobic, misogynistic, transphobic violence, a unity to bring down the forces of white supremacy and hate. That means we have to mobilize, organize, and vote as never before. We must vote against policy violence and physical violence. We must vote against gun violence and the proliferation of guns. We stand against any politicians’ words that demean and diminish the humanity of whomever they deem “the other,” because in so doing they legitimize more violence.

More than half a century ago, when four young girls were killed in a Birmingham church by a racist’s bomb, Dr. King told us that those little girls “have something to say to every politician who has fed his constituents with the stale bread of hatred and the spoiled meat of racism…. They say to us that we must be concerned not merely about who murdered them, but about the system, the way of life, the philosophy which produced the murderer.”

Phyllis Bennis
Phyllis Bennis is a fellow of the Institute for Policy Studies. Her most recent book is the 7th updated edition of Understanding the Palestinian-Israeli Conflict: A Primer.