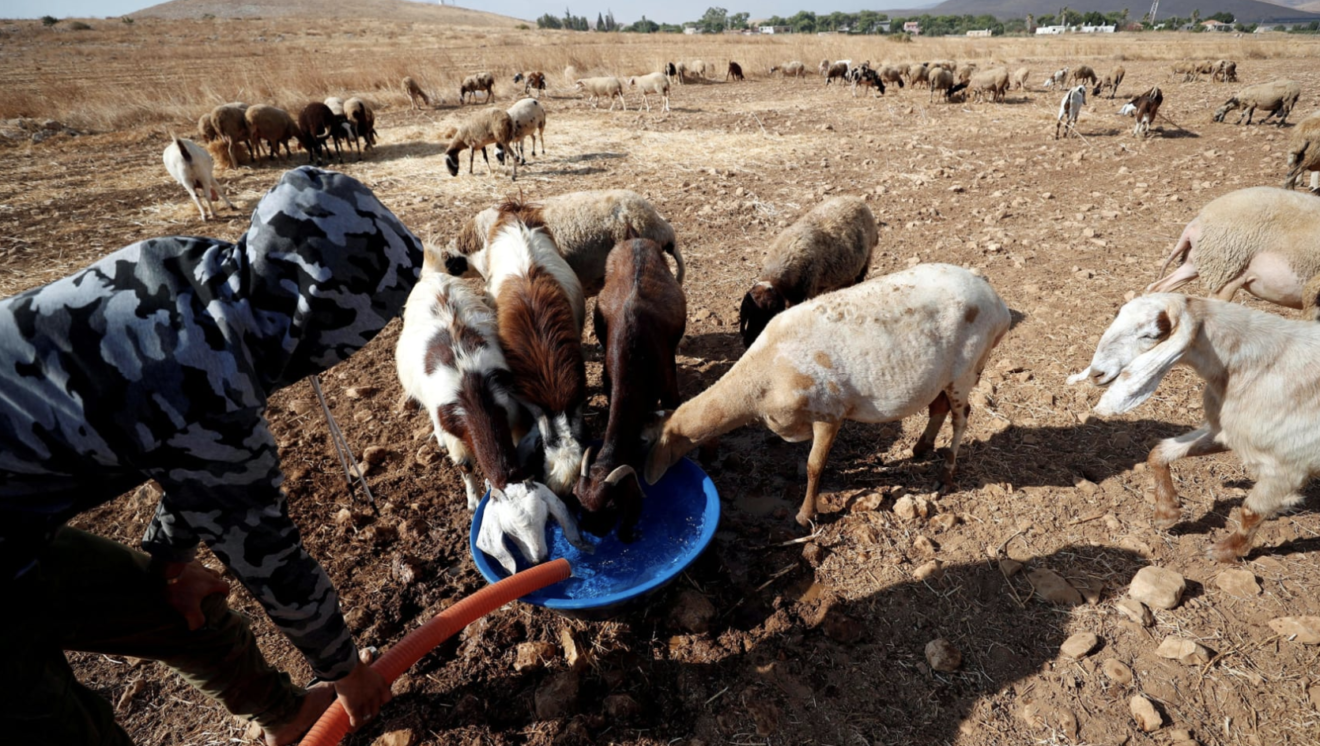 There’s no longer any real debate in Israel. The right wants to annex Palestinian land openly, and the center wants to annex, but deceive us. All that’s left now is to admit to the world that in reality Israel annexed the West Bank many years ago… it’s one country with an apartheid system.

Here’s one campaign promise by Prime Minister Benjamin Netanyahu that we should hope will be fulfilled: annexing the Jordan Valley to Israel. So far, no other campaign promise has been as encouraging as this one. Not one Zionist party has offered even a hint of an idea that could shake up the existing situation like this annexation proposal, and the status quo is crying for a shake-up.

I obviously won’t vote for Netanyahu, but I hope that this time he keeps his promise. Let him annex the Jordan Valley, and afterward the entire West Bank. Let him turn the reality in this territory into a political reality, without hiding it any longer. The time has come for truth. The time has come to put an end to the great masked ball that Israel and the world have been holding for 52 years already.

The apparently eternal reality in this territory should be translated into legal language. The Jordan Valley was annexed long ago, as was the entire West Bank. The Green Line has been erased; nothing remains of it.

All that’s left now is to say so officially. To admit to Israelis and to the world: Enough with the occupation, we have annexation. There are no settlements, there are towns. The two-state solution has been put to death, and it actually happened long ago. What remains is one state, in which the only battle will be over the system of government.

There’s no longer any real debate in Israel. Immediately after Netanyahu promised annexation, Benny Gantz, the great hope of the enlightened public, delivered the word of the opposition: He, too, is in favor of the Jordan Valley in perpetuity.

If so, what is all the criticism of Netanyahu for? For his lack of intention to keep his promise. People to Netanyahu’s left have been criticizing him for saying he’ll annex the region without him really meaning it. What more could we ask? Between the right, which wants to annex and announce it, and the center, which wants to annex but deceive us, the choice is easy. The only debate that remains is about the future of the Adei Ad settlement outpost, and that’s no longer important. Evacuating the Baladim outpost will no longer change anything either.

[Adei Ad and Baladim are illegal Jewish outposts in the West Bank, both of which have been sites of violence against Palestinians, Israeli forces, and visitors.]

Netanyahu’s choice of territory to annex is no accident. There’s something symbolic about it. The Oslo process began with “Jericho first,” and its death will be pronounced with “the Jordan Valley and the northern Dead Sea first.”

But there’s also a great deal more than symbolism here. Most Israelis have never considered the Jordan Valley occupied territory. Ever since our colonialist enterprise began, its settlers have been seen as “residents,” and even as pioneers, while its settlements have been seen as kibbutzim and moshavim – more stellar examples of Zionism.

In those settlements there are no prayer shawls and ritual fringes – there are Jewish masters and Thai farm laborers, like in every kibbutz and moshav. Also Palestinian farm laborers who earn shameful, exploitative, criminal wages. The Labor Party, the first and foremost party of occupation, has seen the Jordan Valley as an inseparable part of any agreement ever since the 1967 Allon Plan, which deserves to be remembered and condemned because no other plan has done more to perpetuate the occupation.

[Levy writes elsewhere: “Although it was never officially adopted, the Allon Plan, drafted in 1967 by Yigal Allon – an iconic figure from the War of Independence and afterward a leading politician – was in large measure implemented. Its aim: to cut off the West Bank from Jordan by means of two roads…and to establish settlements and army training camps alongside both highways.”]

The consensus about remaining in the territories began right here, between Hemdat and Almog. This was the first “settlement bloc” to enter the consensus, and it wasn’t even called a settlement. Most Israelis see no difference between Maskiot and Ro’i [two illegal settlements], in the Jordan Valley, and Beit Alfa and Heftziba [two kibbutzim in Israel], located between the Jezreel and Beit She’an valleys. All are in the Israeli valley.

But this is one of the worst evils of apartheid and transfer that the occupation has ever produced. Behind the modern names…hide greedy and sometimes violent farmers. Here, a quiet transfer of communities of shepherds has been carried out, just like in the South Hebron Hills.

Anyone who still doubts the existence of apartheid ought to visit the Jordan Valley. The water, the land and the freedom – which are divvied up there via blatant segregation based on nationality, with no shame – tell the entire story. Nothing could be more just than for the Torah of annexation to go forth from here.

The Jewish people arose in the Land of Israel, and the apartheid state arose in the Jordan Valley. If Netanyahu keeps his promise – and, as noted, we should hope he does – both Israelis and the world will know that the second apartheid state in history has been officially established. Then we’ll see how Israelis live with this, and especially how the world responds.

In the name of the (slim) hope that annexation will rouse someone or something, we must hope that this time, Netanyahu isn’t just promising. Please, Mr. Prime Minister, let the annexations begin.