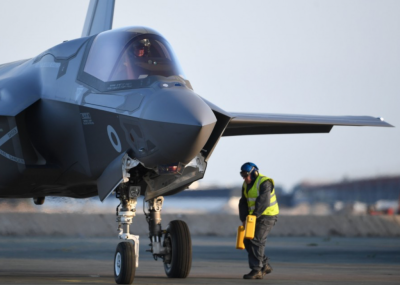 Israel has supplied Italy with the Opsat-3000 satellite, which transmits very high-resolution images for military operations in distant war theaters. The satellite is connected to three centers in Italy and, at the same time, to a fourth center in Israel, as a proof of the increasingly close strategic collaboration between the two countries.

Italy supplied Israel with thirty Leonardo Aermacchi fighters for pilot training. Now it can provide Israel with a new version of the M-346 FA (Fighter Attack), which – Leonardo Industry specified – serves at the same time for training and for “ground attack missions with 500-pound drop ammunition, and precision-guided ammunitions capable of increasing the number of targets to hit at the same time “. The new version of the fighter – Leonardo Industry underlined – is particularly suitable for “missions in urban areas”, where heavy fighters “are often used in low-paying missions with high operating costs”. The ideal for the next Israeli bombings of Gaza, which can be carried out with “a cost per flight hour that is reduced by up to 80%”, and will be very ” cost-effective “, that is, they will kill many more Palestinians.

This article was originally published in Italian on Il Manifesto. Manlio Dinucci is a Research Associate of the Centre for Research on Globalization.

This article is from the Safe Skies Clean Water Wisconsin coalition. Our mission is to stop the harm that basing F-35 fighter jets at Truax Field in Madison will inflict. We work to stop the pollution and force the clean-up of water contamination by the base.