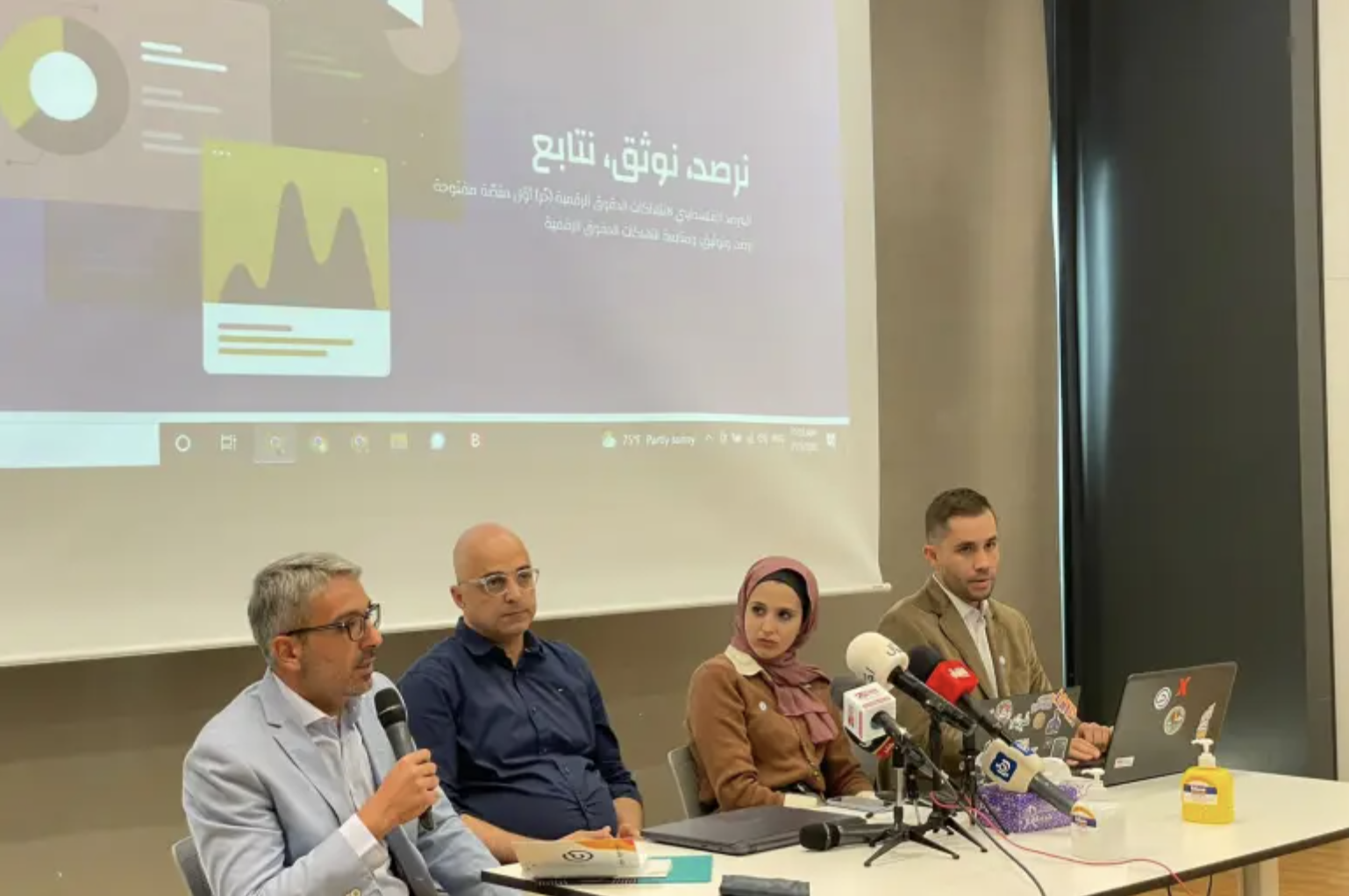 Speaking at the panel with the 7amleh digital rights team on Monday, Mahmoud Franji, the coordinator for the Palestinian Human Rights Organizations Council (PHROC), said such a tool is needed now more than ever [Hisham Daraghmeh/Al Jazeera]

In a news conference in Ramallah on Monday, the Arab Center for Social Media Development (7amleh), which built the website, said the tool will allow for more detailed and proficient documentation of violations, and rights groups to better follow-up with relevant social media companies over posts, pages, or accounts that have been singled out.

The group highlighted the relevance of such a tool in light of the recent mass censorship in May of Palestine-related content during digital mobilization over the Israeli war on Gaza and attempts at ethnic cleansing in the Palestinian neighborhood of Sheikh Jarrah in Jerusalem.

Titled the Palestinian Observatory of Digital Rights Violations (7or, or “free” in Arabic), the website provides users with the ability to report the different actions taken against them over their posts, including account suspension and content takedown. It also includes a searchable database bringing together years of recorded violations by 7amleh and other local groups.

7amleh said the platform will “fill a gap” faced by local institutions consisting of access to “a practical, detailed and organized database of digital rights violations against Palestinians.”

Ahmed al-Qadi, the monitoring and documentation coordinator for 7amleh, said this will be the first tool, both in Palestine and regionally “to provide real-time data” on digital abuses against Palestinians.

“This kind of reporting and documentation doesn’t exist now. There is no systematic [Palestinian] work to confront these large companies, and there are not many organizations that work on digital rights in the country,” said al-Qadi, adding that 7amleh, along with other rights groups, are “trying to create a consortium to be able to pressure through all the available means – to lobby, conduct advocacy, and embarrass these companies.

“The more reports and the real data we get, the more we are able to put pressure on these companies so that they no longer have the space to deny that they are conducting these violations,” he continued. 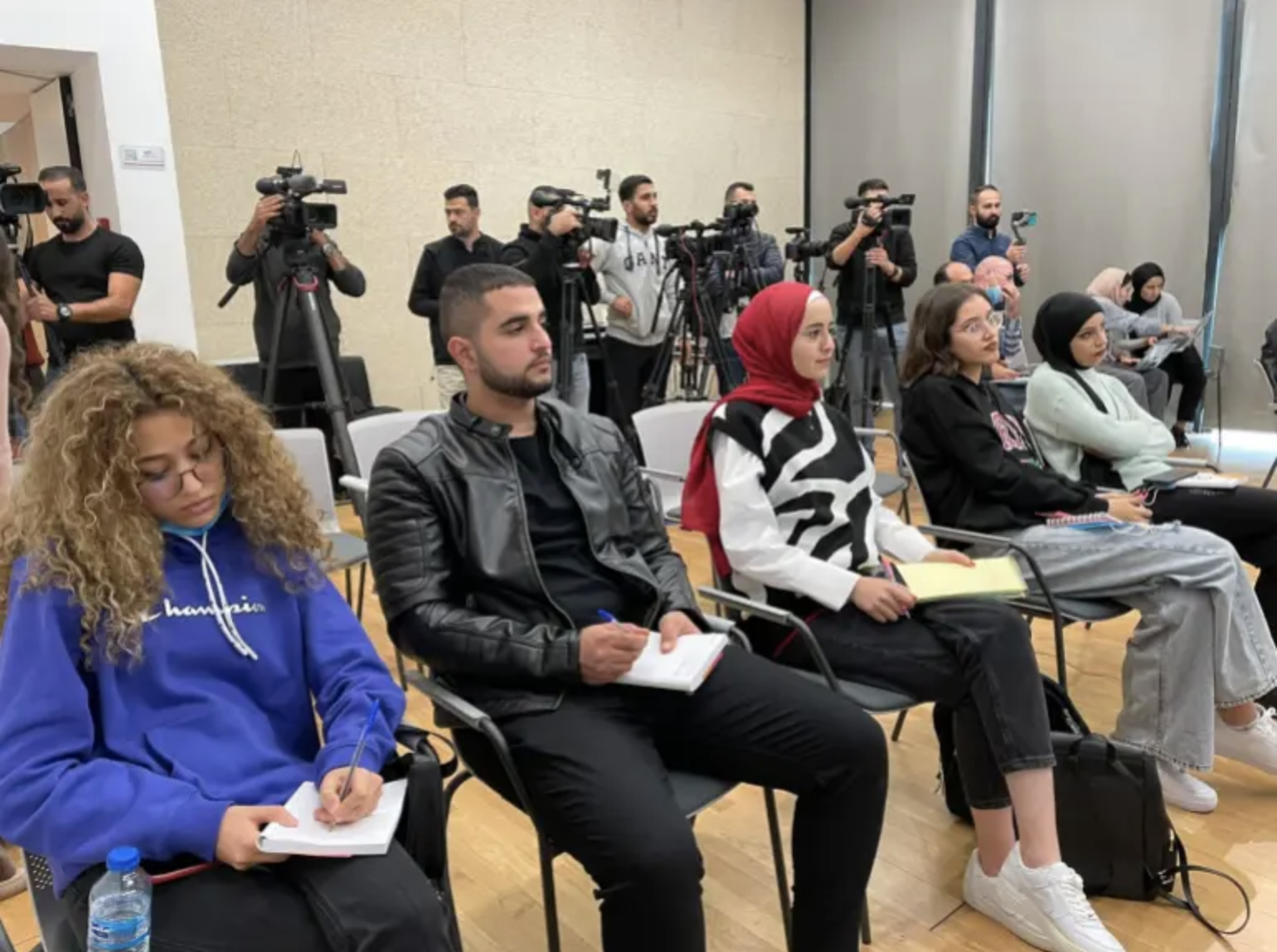 Social media giant Facebook came under fire by users in May after their Palestine-related content, including on Instagram which it owns, was taken down without prior notice or a reason provided, while accounts were suspended or shut down. Others, including influencers, reported a significant drop in the number of views on stories, or participants on lives, when they posted content on Palestine or used viral hashtags such as #SaveSheikhJarrah.

In a recent report, 7amleh said between May 6-19, it recorded more than 500 reports of Palestinian digital rights abuses that “showed a significant increase in the censorship of Palestinian political speech and narrative online” with some 50 percent of complaints against Instagram, 35 percent against Facebook and 11 percent against Twitter.

Speaking on the panel on Monday, Mahmoud Alafranji, the coordinator for the Palestinian Human Rights Organizations Council (PHROC) said the May popular outburst “showed the extent to which Palestinian content, and the entire narrative, is being targeted”, and such a platform is needed to aid in the protection of Palestinian free speech, and in international advocacy and mobilization.

Al-Qadi said the figures currently being reported on, however, “do not represent the reality” where violations are much higher against accounts inside and outside of Palestine.

“That’s also a key goal in creating the platform – we want to strengthen and encourage the culture of reporting violations because most people don’t report,” he said. 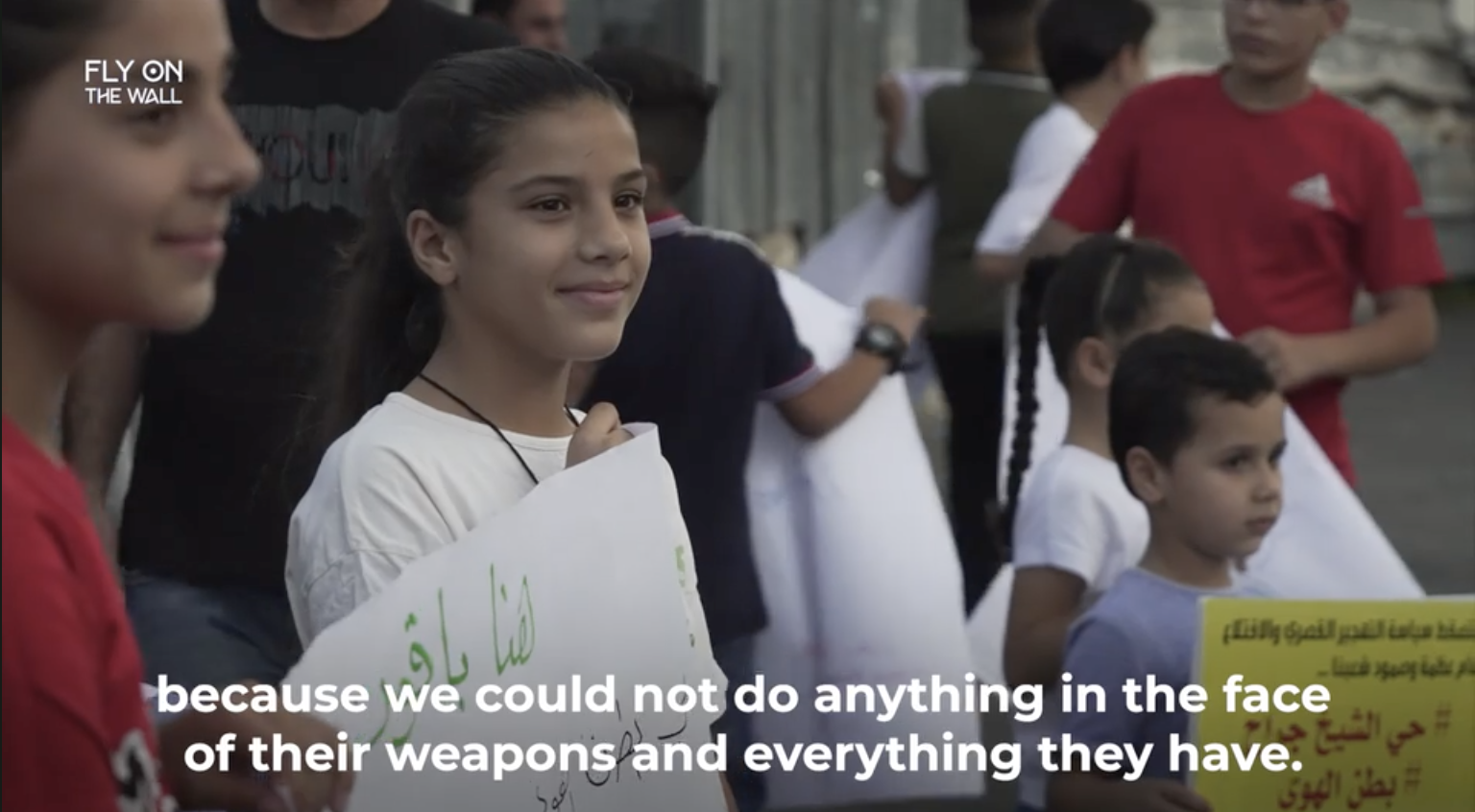 In June, nearly 200 Facebook employees signed an open letter urging the company’s executives to address concerns that Palestinian and supporting voices are being suppressed.

“Our users and community at large feel that we are falling short on our promise to protect open expression around the situation in Palestine,” the letter read.

Leaked internal company documents reported on by broadcaster ABC News on Friday showed several Facebook employees had raised concerns about restrictions on Instagram posts by Palestinian users in May, including stories by Palestinian activist Mohammed El-Kurd from Sheikh Jarrah.

“Can we investigate the reasons why posts and stories pertaining to Palestine lately have had limited reach and engagement, especially when more people than ever from around the world are watching the situation unfold?” one employee reportedly wrote.

Facebook spokesperson Drew Pusateri said in a statement to ABC News, “We’re sorry to anyone who felt they couldn’t bring attention to important events.” The company also cited a technical glitch on Instagram in May.

In September, Facebook’s Oversight Board called for an independent investigation over Palestinian content censorship. Last month, the company said it would allow one to conduct “human rights due diligence of Facebook’s impacts during May-June’s intensified violence in Israel and Palestine”.

Palestinian rights groups, which have engaged social media companies over the past few years in relation to censorship, say they have noticed a systematic silencing of Palestinian content since 2015, and particularly after meetings between the Israeli justice minister at the time Ayelet Shaked and Facebook’s administration.

They key reason they point to is pressure from the Israeli government – particularly Israel’s Cyber Unit – as well as internal Facebook policies, including artificial intelligence tools that automatically remove content based on keywords.

After meetings in 2016, Shaked said Facebook, Google and YouTube were complying with up to 95 percent of Israeli requests to delete content that incites Palestinian violence. A 2018 report by the Israel State Attorney Office reported similar rates.

“In 2016, we noticed 200 Palestinian accounts being closed, and we began documenting digital abuses since that time,” Iyad Rifai, the director of Sada Social digital rights group, told Al Jazeera. 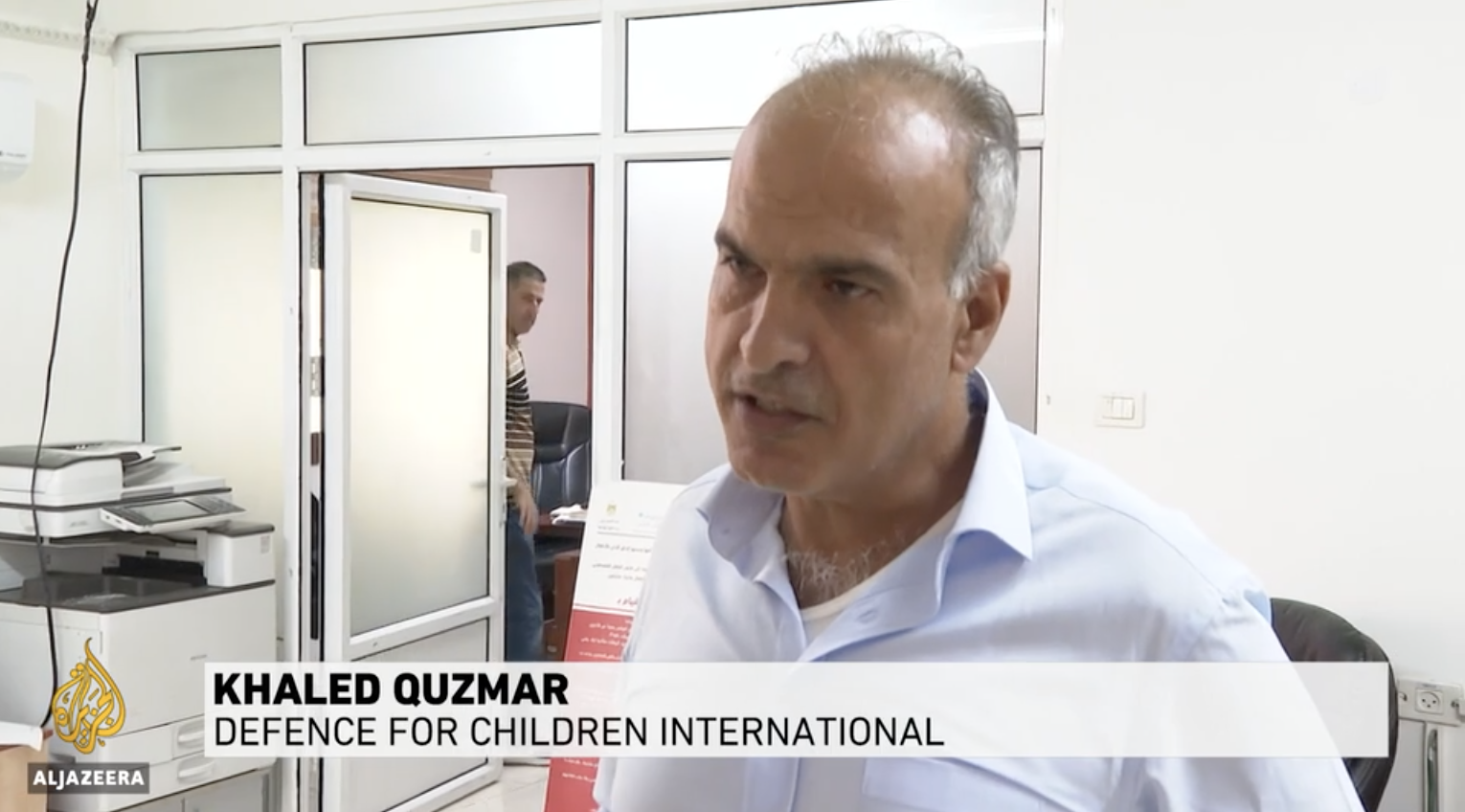 Human Rights Watch has said the Israeli Cyber Unit “flags and submits requests to social media companies to “voluntarily” remove content. Instead of going through the legal process of filing a court order based on Israeli criminal law to take down online content, the Cyber Unit makes appeals directly to platforms based on their own terms of service”.

The group noted it is not aware of Facebook ever disputing claims of approving content takedown requests by the Israeli government.

The company’s Oversight Board also asked Facebook if it had received official or unofficial requests from the government in April and May; the company responded about a specific case but did not comment about requests as a whole.

Nashif, the director of 7amleh, said during the news conference they believe there is “clear cooperation and understanding” between Facebook and the Israeli government.

Nashif noted while the May events placed pressure on Facebook “where they tried to balance things out”, he said, “there is a huge power imbalance – the reality on the ground is reflected on these platforms”.

Rifai, of Sada Social, said the targeting of Palestinian content is “systematic and not random or a technical glitch”, adding they documented 700 violations in May alone.

“Just mentioning Palestine or talking about the events that were happening was enough to drop numbers for users, including influencers,” he said.

Facebook representatives have told several rights groups in letters and in meetings that it abides by “applicable US law, including the Foreign Terrorist Organization list”. The list classifies a number of Palestinian political parties including the Hamas movement and the Popular Front for the Liberation of Palestine (PFLP) as “terrorist groups”, which local rights organizations say is used as a basis to unfairly and automatically remove content.

Rifai said such broad policies allows Facebook and other companies “to not only constrict what we can and can’t write” but that “they are going into the structures of the Palestinian discourse, deciding who we can and can’t call a martyr”.

“On Facebook, I would get notifications about posts from eight or 10 years ago – that I used a certain word – and based on that, the post would be deleted,” said Ghannam, explaining the posts would include words such as “resistance” or “martyr”, or the “names of certain Palestinian martyrs”.

“In May, I noticed that the targeting was very intentional. There would be a difference in my reach from one story to the next because one of them was about Palestine,” she continued.