A new Super PAC aligned with AIPAC looks to undercut the only Palestinian Democrat ever elected to Congress, and diminish the growing support between Palestinians and African-Americans. 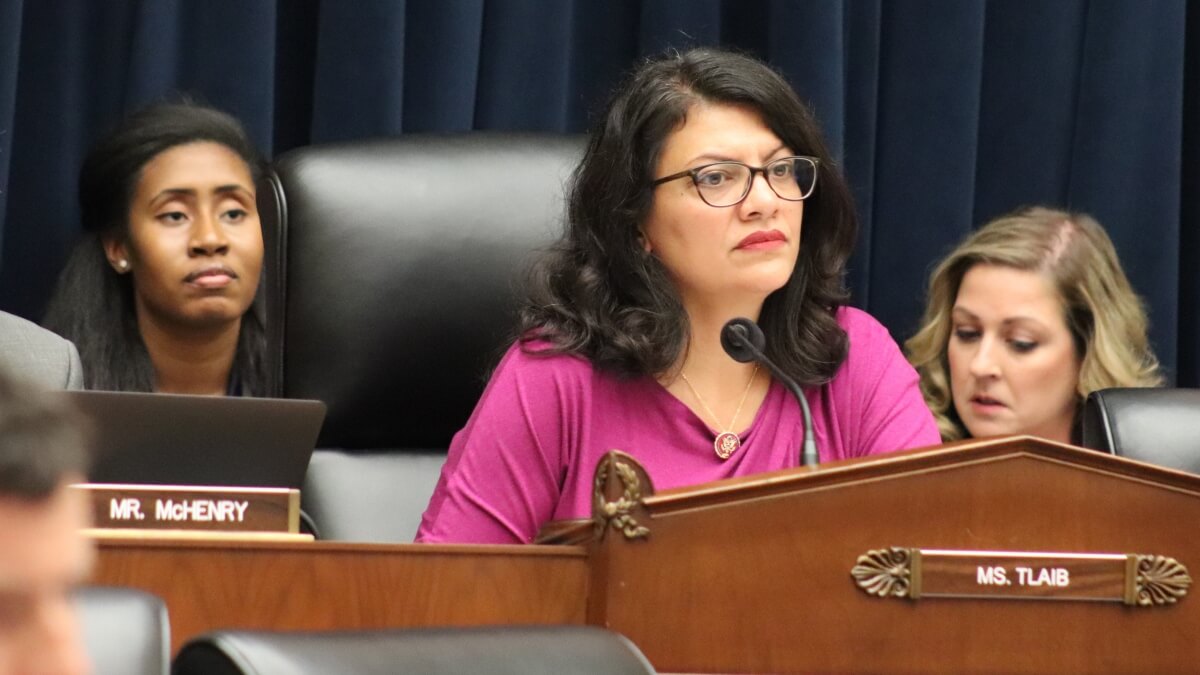 A new Super PAC has reared its head and it’s made no secret of its first target: Rashida Tlaib.

It comes as no surprise that Tlaib, the only Palestinian-American woman and the only Palestinian Democrat ever in Congress, is coming under severe attack ahead of her primary two months from now. But the nature of that attack is a particularly dangerous and pernicious one, and its nature is one that constitutes a unique and serious threat to not only advocates of Palestinian rights and freedom, but to progressives across the board.

The Urban Empowerment Action PAC (UEA) says its “supporters include a broad coalition of African American business, political and civic leaders, working alongside peers in the Jewish community.” Its stated mission is to “narrow the wealth gap between Black and white Americans.”

They explicitly stated that ousting Tlaib was their focus, and they planned to spend over $1 million to support Janice Winfrey, a centrist African-American and the Detroit City Clerk since 2005, against Tlaib.

UEA squares its thin anti-racist rhetoric with targeting one of the most progressive members of Congress by implicitly accusing Tlaib of ignoring the needs of the Black community. To carry that case, UEA is employing activist and CNN commentator Bakari Sellers, who has long been one of the leading spokespeople for AIPAC in the Black community.

In 2016, Sellers was a key figure in the fight between the Hillary Clinton and Bernie Sanders camps over how to address Israel and the Palestinians in the Democratic Party platform. Sanders’ camp led an effort to draft wording that called for “an end to occupation and illegal settlements,” which clearly aligned with stated U.S. policy in 2016.

Sellers wrote a letter opposing the mention of occupation or settlements and got dozens of other African-American leaders to sign on. A compromise was eventually reached where the Democratic platform expressed some sympathy for the Palestinians for the first time, but there was no mention of occupation or settlements. There is little doubt that Sellers’ efforts were an important factor in staving off what was a popular proposal during the 2016 race.

Sellers was hardly subtle in his attacks on Tlaib. “Congresswoman Tlaib, I’m sure, serves admirably,” he told POLITICO. “However, we were hoping that we can have a candidate that doesn’t have varying distractions…we want someone, particularly in these Black communities, that does not get distracted by shiny things or media opportunities but is focused on the uplift of our communities and does right by them.

“I don’t have a beef with her directly,” Sellers continued. “I just think that there are individuals who will have the interest of their district, first and foremost, and not their brand. And will do things in the interest of uplift of that community. It’s not as much of a knock on her as it is that somebody else can do the job better because they’re focused on these particular issues.”

Sellers characterizes Tlaib as being self-centered, an odd charge considering that her politics are not well-suited to upward mobility and she has remained closely connected to the grassroots in her district. He makes no secret of what he means by “distractions,” noting that her criticisms of Israel are “high on the list” of his concerns about Tlaib.

Sellers focuses on Tlaib’s “no” vote on Joe Biden’s bipartisan infrastructure bill to make the case that she is not serving the interests of the Black community but is grandstanding in Congress instead. Tlaib voted “no,” along with five other progressive Democrats, because Democratic leadership had vowed not to vote on that bill unless it stayed together with Biden’s “Build Back Better” bill, which had far more social spending than the infrastructure bill, which was largely a corporate giveaway. She knew the bill would pass regardless of her vote so her “no” vote was aimed at getting more for marginalized communities while risking nothing.

Moreover, UEA is not targeting the other five Democrats who voted against the infrastructure bill, only the one Palestinian-American. Sellers is arguing that Tlaib is not representing the Black community and its issues, but her record contradicts this contention.

So, it’s hard to escape the idea that Tlaib is being targeted because she is a Palestinian-American. She is bringing an American face to Palestine, and she is not afraid to speak on behalf of and as a Palestinian on the floor of the House of Representatives.

It’s even harder to escape the fact that Sellers is trying to counter the growing sense of solidarity between African-Americans and Palestinians. That solidarity, which has existed for a long time, has been much more visible since the protests and violent police response in Ferguson, Missouri in 2014. That event, which happened in close proximity to one of Israel’s bloodier campaigns in Gaza, both brought forth and enhanced Black-Palestinian solidarity, and it has been notably visible ever since.

Bakari Sellers knows exactly what he’s saying and who his audience is when he implies that Rashida Tlaib is too wrapped up in both her personal ambition and her focus on Palestine to do good works for other marginalized communities in her district. Her legislative record, which reflects a great deal of attention to issues of racial justice, health care equity, and poverty, belies this accusation as well.

But with Michigan having just lost a seat in the House after the 2020 census, and having undergone significant redistricting as a result, there is concern in the African-American community that Detroit will not have a Black representative for the first time in decades, and that the entire state may not have a single Black representative in Congress. While chances are this will not be the case, the other Detroit race, which mostly features African-American candidates, does include one Indian-American Democrat, state Rep. Shri Thanedar, who has deep pockets and is financing much of his own campaign. Yet it is not Thanedar that UEA is working to defeat.

This fear is one that Sellers is addressing when he says “We want people who are elected to Congress that have keen focus and understanding on the plight of African Americans and the uplift thereof.” Sellers is a very experienced politician, and he has been shilling for AIPAC for many years. He has also worked on civil rights issues for a long time, and he knows that AIPAC, and supporters of Israel in general, are now widely (and correctly) perceived as standing against progressives and for conservative, even reactionary politics.

So, when he was asked why he and UEA were trying to cannibalize Tlaib’s, an incumbent’s, seat instead of targeting an open seat, like the one Thanedar is contesting, he was quick to deny that he and UEA were standing against progressives.

“You do bring up a good point. But right now, we’re just laser focused where we can make sure that our impact is felt, and it’s going to be felt in Detroit.”

That is as blatant a non-answer as you’ll ever see, and it provides solid evidence that Sellers and UEA’s coalition of “African American business, political and civic leaders, working alongside peers in the Jewish community” are going after Tlaib precisely because she is on the cutting edge of progressivism, ad is especially powerful on Palestine, as a Palestinian.

Whatever the outcome, this attack on the only Palestinian Democrat ever elected to Congress represents a broader effort to attack the Palestinian-American community and, crucially, to diminish the growing support and sense of empathy between Palestinians in Palestine and African-Americans struggling against racism in the United States. There is, unfortunately, no shortage of people like Bakari Sellers who will do the dirty work for AIPAC. It makes strengthening the bonds of solidarity in every way even more important.