Washington, D.C. – Congressman André Carson (IN-07), spoke today at a press conference at the U.S. Capitol announcing his Justice For Shireen Act, where he was joined by the family members of slain American journalist, Shireen Abu Akleh. Congressman Carson made the following statement:

“I want to start by giving my condolences to the Abu Akleh family. I continue to mourn the loss of this great journalist and fellow American, who was killed while on assignment. I believe this was also an attack on the free press, which is vitally important to our society. We need answers to hold the perpetrators fully accountable.

From day one, Israel has denied responsibility for Shireen’s murder. Israel has shown a lack of reverence for her life, and disrespect towards her home country, the US, as well as journalists across the world who risk their lives to bring us the news. This makes it imperative for our government to conduct our own investigating

Shireen needs justice. Every American killed abroad is entitled to our protection. Every human killed, American or not, deserves justice. We all want answers. We need to ensure these answers are accurate, that they are transparent, and that they are timely.

It has been two months since Shireen’s death and we have yet to hold the perpetuators accountable. The State Department released statements of the summation of the Israeli and Palestinian Authority investigations, but this is not enough, nor is it what our request has been from the beginning.

To get justice and accountability, the first step is a US led investigation that is transparent, open and timely. Since Shireen’s death, I led a letter calling for this investigation alongside 57 other Members of Congress. This is also an urgent issue in the Senate, where 24 Senators also requested a US investigation. We still await a substantive response to these requests.

I recently introduced an amendment to the National Defense Authorization Act, which mirrored language that previously passed the House and Senate requiring a report investigating Jamal Khashoggi’s killing. Unfortunately, our amendment for Shireen wasn’t made in order by the House Rules Committee.

But we can’t stop there. That’s why I am introducing the Justice for Shireen Act. This stand-alone bill requires a report on Shireen’s death by the Department of State and FBI, in consultation with the Department of Defense and National Director of Intelligence. This is a bare minimum of what she deserves – the truth. We need an unbiased, open and transparent investigation, so we can hold those responsible accountable.

I urge my colleagues to see this as a free press issue. To put aside Israel and Palestine politics and see this for what it is: an attack on independent reporting and the killing of our citizen. I urge my colleagues to join me as original cosponsors of this important legislation as we work with the family and advocates around the country to build up strong support for the Justice for Shireen Act.

Because attacks on journalist are increasing, I am also working to introduce another bill this Congress, the Justice for Journalists Act, to require relevant agencies to report on the death of all American Journalists killed in the line of duty. This fight for answers is unacceptable. Everyone deserves Justice, including Shireen.

I want to close by reiterating my thanks and appreciation to the Abu Akleh family for being here with us today and making sure no other family has to experience the tragedy they’ve endured.” 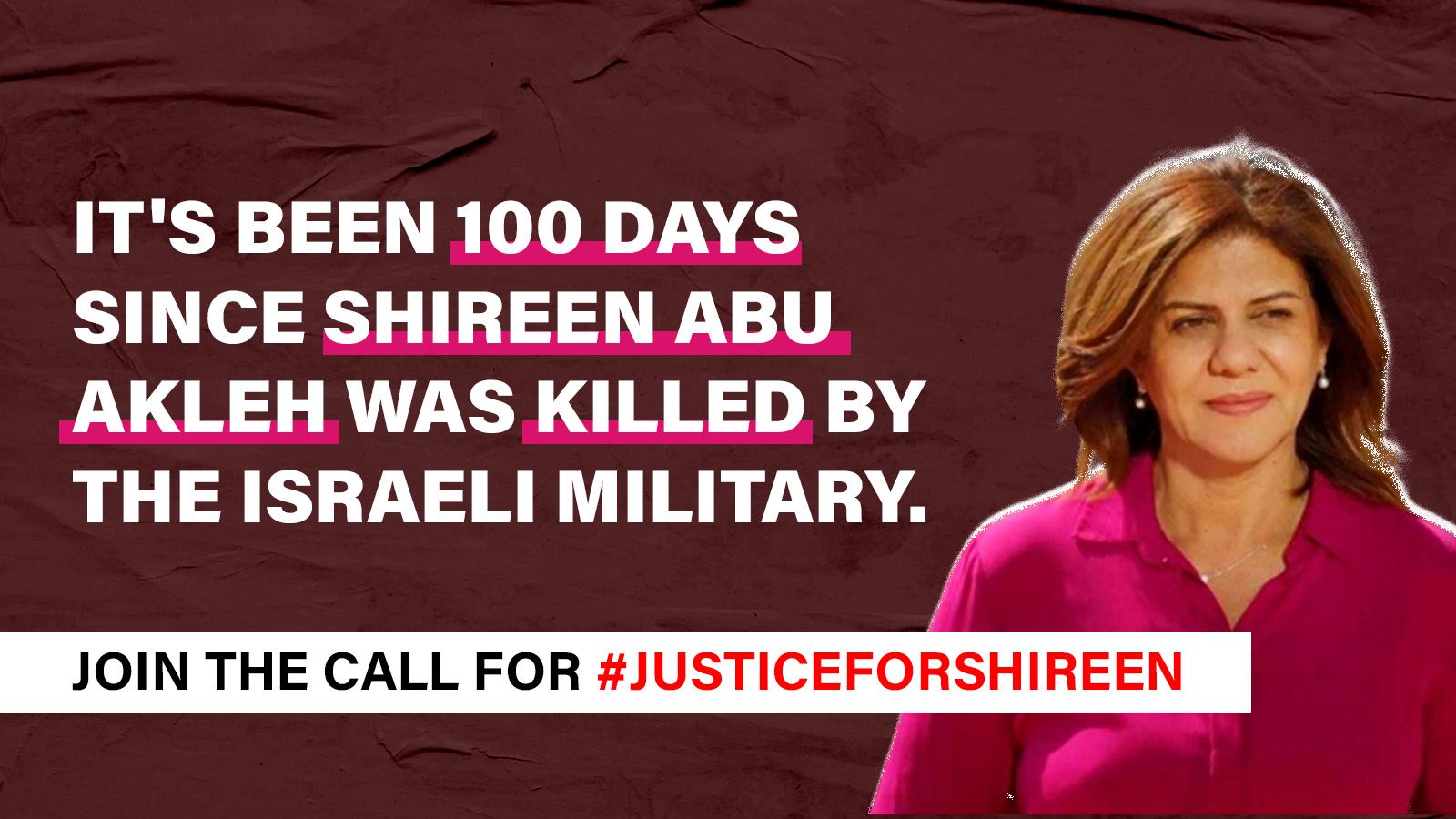 No one from the Wisconsin Congressional delegation is listed yet as a supporter, although both Rep. Pocan and Rep. Moore signed the original letter to the State Department and FBI asking for an independent US investigation.

Demand accountability now! Tell your representative to sign on to the Justice for Shireen Act.