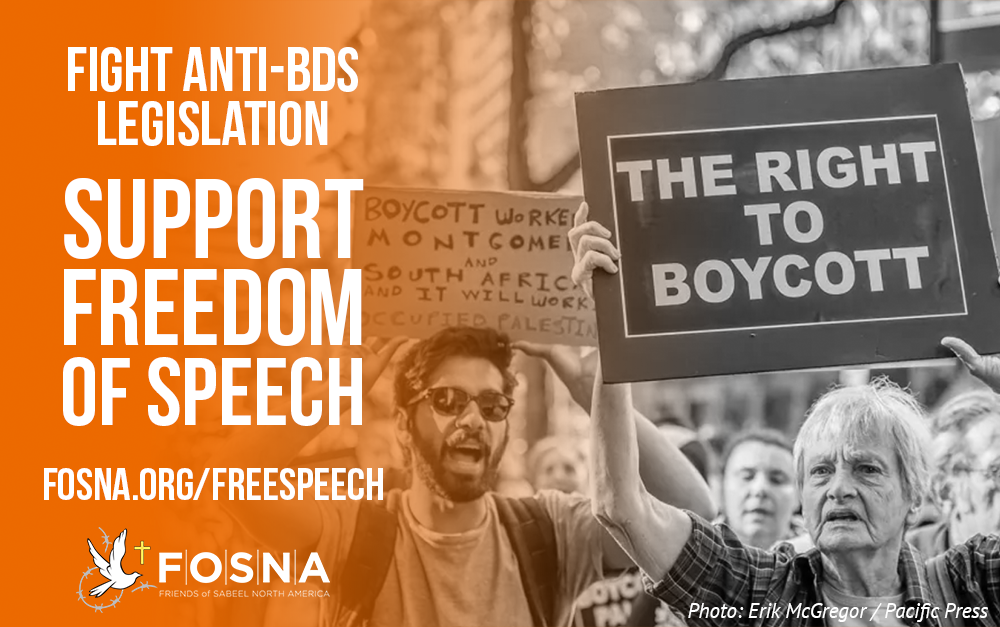 There are several things you can do to oppose anti-BDS legislation to protect your First Amendment right to boycott!

Help us show legislators that we will not tolerate attacks on free speech!