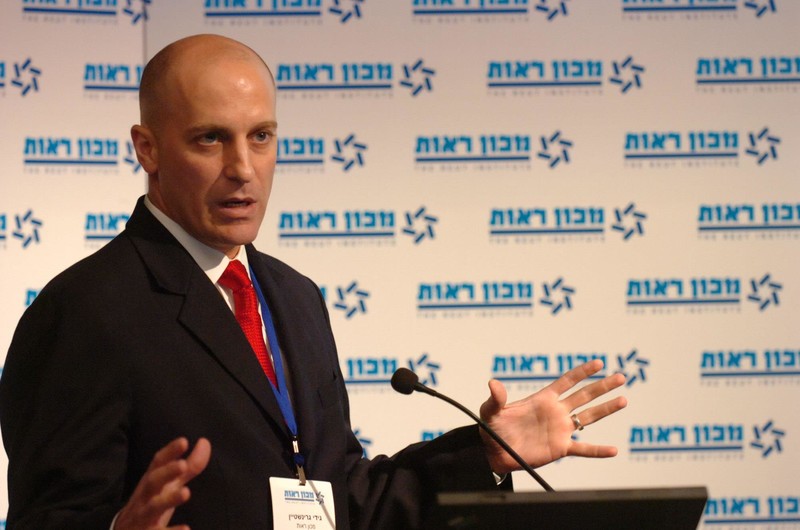 The Reut Institute, founded by former government advisor Gidi Grinstein, has conceded in a secret report jointly prepared with the ADL that Israel’s efforts to thwart the Palestine solidarity movement have failed. (via Facebook)

Key Israel lobby groups have conceded that they have failed to counter the Palestine solidarity movement, despite vastly increasing their spending. The admission is contained in a secret report that The Electronic Intifada has obtained.

The report, published here in full for the first time, outlines Israel’s failure to stem the “impressive growth” and “significant successes” of the boycott, divestment and sanctions (BDS) movement for Palestinian rights.

It also sets out strategies, endorsed by the Israeli government, aimed at reversing the deterioration in Israel’s position.

But while calling for harsher measures against the Palestine solidarity movement, the report offers no new ideas to deal with how Israel is beset not by an image problem but a reality problem: its regime of occupation, settler-colonialism and apartheid is increasingly viewed around the world as reprehensible and unsustainable, even by many of Israel’s defenders.

Even while attempting to come up with a formula to defeat it, the report admits that the movement for Palestinian rights is based on “appealing and sophisticated” arguments which Israel has so far failed to match.

The report is spurred by what it calls the “20X question” – the fact that pro-Israel groups have increased their spending to combat the Palestine solidarity movement twenty-fold over the last six years and yet despite these tens of millions of dollars, “results remain elusive.”

The existence of the report had been revealed in February by The Jewish Daily Forward.

It was prepared by the Anti-Defamation League and the Reut Institute, an Israeli think tank founded by former government adviser Gidi Grinstein, with the help of “experts” from Israel lobby groups and the Israeli goverment.

According to the Forward, Reut and the ADL were “only circulating print copies of the report” among selected pro-Israel operatives, and the newspaper had received it on condition that it not be published in its entirety.

The full document can be read below.

Key findings of the ADL-Reut report include:

As The Electronic Intifada previously reported, based on the Forward’s summary, the document advocates “driving a wedge” between what it says are hard core “delegitimizers” who lead the BDS movement and “soft critics” of Israel. It advocates dealing with the hard core leaders “uncompromisingly” and “covertly.”

In 2010, Reut advocated for Israeli spy agencies to “sabotage” BDS as part of an “attacking” strategy.

The 2010 document shaped the strategy of Israel and its lobby groups around the world. The new report repeats key themes of the earlier document: it smears the Palestine solidarity movement as fostering anti-Semitism and attempts to tie that movement to Iran and “terrorism.”

This report carries a direct endorsement from a top official in Israel’s global battle against supporters of Palestinian rights.

“The correlation between the ministry’s mode of operation and what comes out of this document is very high,” Sima Vaknin-Gil, director general of Israel’s strategic affairs ministry is quoted as saying. “I am glad to see that we share a very similar point of view regarding the challenge and desired strategy.”

Under its minister, Gilad Erdan, the strategic affairs ministry has been engaged in what one veteran reporter on Israeli intelligence has termed “black ops” against the Palestinian rights movement.

According to the analyst, Yossi Melman, these attacks may include “defamation campaigns, harassment and threats to the lives of activists” as well as “infringing on and violating their privacy.”

The ADL-Reut report also reveals the identity of the strategic affairs ministry’s’ “director of intelligence.” Shai Har-Zvi is named as one of the many contributors to the document.

The report stresses the importance of gathering “intelligence” against the movement.

According to Melman, the ministry’s intelligence section is run by former spy agency operatives.

The report recognizes that Israel is increasingly seen as a right-wing cause.

In the short term, the election of Donald Trump may lead to a “warmer relationship” with Israel, as compared with the supposedly stormy Obama years, the ADL-Reut report states.

But in the long run Trump may be bad for Israel by associating it with his right-wing administration’s policies that are deeply unpopular with “many American Jews and non-Jewish liberals and progressives.”

“US Jewry is undergoing its deepest-ever identity crisis, in which the future role of Israel in Jewish identity looms large,” the report states. It predicts a “decrease in mainstream Jewish activism for Israel” and says that “increased Jewish anti-Israel activism” is already evident.

This erosion of Jewish support for and identification with Israel is a result of the “perception” that Israel is moving away from the image it promotes of a “pluralistic, peace-seeking and democratic” country.

“The government of Israel seems to under-appreciate the collateral damage to Israel’s standing among Diaspora Jewish communities” of its policies, the report states.

While Israel’s base of support has become narrower, the report sees a major challenge in the “rise of intersectionality” – the fact that other peoples struggling against violence and oppression see their situations as linked to that of the Palestinians.

“The Palestinian cause has been widely adopted” by “many marginalized groups” it states.

The report mentions LGBTQ communities, Latinos and African Americans as groups increasingly sympathetic to Palestinian rights that should be intensively targeted by Israel lobby “engagement” efforts.

Israel, the report argues, has defined the enemy too broadly, lumping in “soft critics” who can be co-opted and even turned into allies against BDS, with the “delegitimizers” and “harsh critics” who must be fought uncompromisingly.

Yet Israel and some of its most vocal surrogates are ignoring this advice. At a recent Israel-sponsored anti-BDS conference in New York, a panelist attacked a Jewish student from the liberal Zionist group J Street as a representative of an “anti-Semitic organization.”

At the same conference, Reut Institute founder Gidi Grinstein stressed the need for Israel to win the support of progressives as it is only “through progressive groups we can win.”

Even more starkly, this week Prime Minister Benjamin Netanyahu antagonized one of Israel’s closest allies and arms suppliers when he canceled a meeting with Germany’s foreign minister Sigmar Gabriel.

Gabriel’s crime was that he planned to also meet with two leftist Zionist organizations, the human rights group B’Tselem and Breaking the Silence, which collects testimonies from Israeli soldiers about their violations of Palestinian rights.

Gabriel said that if German leaders had acted in the same manner as Netanyahu, they would be called “crazy.”

The report warns that just such a “heavy-handed approach to soft critics may actually drive them away and closer to the anti-Israel camp, rather than bring them closer to Israel.”

The report also acknowledges that the anti-BDS laws pushed by Israel and its lobby in various countries have “raised concerns regarding their possible violation of free speech,” which is also turning off potential supporters of Israel.

The 30-page report devotes a few sentences to acknowledging – at least partially – some of the root causes of Israel’s deteriorating global situation: “Israel’s policies regarding Palestinians in the West Bank, the absence of a peace process and the continuation of the settlements policy.” It also points to the “mistreatment of the indigenous population – the Arab citizens of Israel.”

But the report ignores the obvious, that Israel can end the BDS movement by ending the reasons for it: the systematic denial of Palestinian rights.

Instead, it recommends that Israel and its lobby double down on “positive messaging and branding” to portray Israel as a hub of “innovation” and “creativity” – deflection strategies that have failed so far.

The report acknowledges that what it calls the “delegitimization movement” is “founded on intellectual arguments that challenge the foundations of Zionism.” It identifies “a need to intellectually match those arguments in an equally appealing and sophisticated manner.”

Yet it is readily apparent that Zionist intellectuals have no compelling answer to arguments that there can be no such thing as a “Jewish and democratic state” without massive and ongoing violations of the basic rights of millions of Palestinians, especially refugees who are barred from returning to their homes solely because they are not Jews.

This is precisely why Israel and its lobby groups are attempting to redefine any questioning of Zionism’s political claims as a form of anti-Semitism.

This report sets as a goal to make “delegitimization” – any questioning of the “right” of Israel to exist as an explicitly Jewish state regardless of what that means for Palestinians – “socially inappropriate.”

By this definition, calling for a modern, democratic state in which Jews, Muslims, Christians and people of all national identities have full, equal and protected rights constitutes an anti-Semitic attack.

The ADL and the Reut Institute effectively acknowledge that Israel has no winning arguments that can sway so-called bystanders, people who don’t already have a view on its treatment of Palestinians. They warn that a “ ‘pre-emptive’ strategy of showcasing Israel’s side of the conflict among the bystanders is unlikely to be effective. Only once the positive emotional connection has been set, then hasbara tactics may be effective.”

Hasbara is the Hebrew term for Israel’s state propaganda.