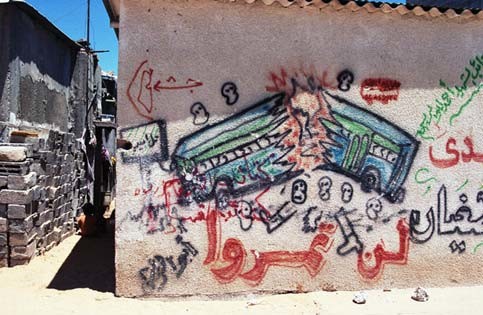 Palestinian suicide bombings are vicious and grave abuses, clearly war crimes under international law for intentionally killing civilians. They have also been a strategic disaster for Palestinian national aspirations, souring the Israeli public on peace and damaging the Palestinian cause in the court of world opinion.

Nevertheless, it is nearly impossible to avoid concluding that the current Israeli government of Prime Minister Ariel Sharon has either deliberately provoked a number of them or at least undertaken actions that would clearly risk them. Either way, it is complicit in the deaths of scores of Israeli citizens.

For how else can one explain the Israeli decision to assassinate senior military and political leaders from militant Palestinian groups like Hamas and Islamic Jihad during the past three months when it is well documented that such actions frequently result in a suicide bombing, usually within a week?

In four of the past five suicide bombings, the timing of the bombing, the fact that group whose senior militant was assassinated carried out the attack, and the explicit claim of revenge for the assassination in all of these cases leave little room for doubt about cause and effect.

The most recent atrocity in Jerusalem on August 19, in which twenty-one Israelis were immolated on a bus returning from Jewish holy sites, including many children and elderly, came within four days of Israel’s August 15 assassination of Muhammed Sidr, the commander of Islamic Jihad’s Quds Brigades in Hebron. The Quds Brigades issued a statement warning that their response would be swift “like an earthquake” and would strike at the heart of Israel.

Islamic Jihad’s immediate claim of responsibility after the brutal bombing initially appeared to be contradicted by a Hamas released videotape of one of its own Hebron activists, Raed Abdel-Hamed Mesk, who undertook the attack. Yet although Jihad and Hamas are often rivals, Mesk asserted in the video he would carry out a suicide bombing to avenge the killing of Sidr, who was widely reported to be a close associate at a local mosque. Hamas spokesmen claimed it was also avenging the June 21 Israeli assassination of Abdullah Qawasmeh, Hamas’ local West Bank chief in Hebron.

The dual suicide bombings a week earlier on August 12 near Tel Aviv and near the Israeli settlement of Ariel in the occupied West Bank, killing two Israelis, came within four days of Israel’s August 8 assassination of Fayez Al Sadr, head of Hamas’ Qassem Brigades in the Askar refugee camp in Nablus. Three other Palestinians were killed in the raid. Both the Qassem Brigades and the Fatah-linked Aqsa Martyrs Brigades immediately vowed revenge and each claimed responsibility for one of the bombings that ensued. According to several reports, the young bombers, both seventeen year-olds, were both from the Askar refugee camp and had grown up within blocks of one another.

The bloody suicide bus bombing in Jerusalem two months earlier on June 11 that killed 16 Israelis came a day after Israel’s June 10 attempted assassination of the senior Hamas political leader in Gaza, Abdel-Aziz Rantisi, which wounded him and killed four Palestinian civilians. Hamas had vowed a swift and dramatic response that came earlier than many predicted.

The only exception to this pattern in the past three months is that no assassination precipitated the July 8 suicide bombing in the Israeli town of Kfar Yvetz that killed an elderly Israeli woman. The Jenin branch of Islamic Jihad claimed the attack was in response to Israel’s refusal to release Palestinian prisoners, though Islamic Jihad’s official spokesman disavowed the attack.

None of this should be surprising. Nor should anyone believe that Israeli political and intelligence officials who planned and implemented the assassinations were surprised by the ensuing suicide attacks. Ariel Sharon and his Minister of Defense Shaul Mofaz are touted as among Israel’s most acute and ruthless military tacticians, who undertake few actions without thoroughly studying their consequences.

It would be extremely difficult to imagine they were unaware that since the first Palestinian suicide bombing inside Israel on April 6, 1994 following the massacre of 29 Palestinians in Hebron’s Ibrahimi Mosque by the American-Israeli settler Baruch Goldstein, many Israeli assassinations of militant commanders have been followed by suicide bombings.

This pattern can be traced to Islamic Jihad’s first suicide bombings in 1994 and 1995 which it claimed as responses to the Israeli assassinations of its senior and founding leaders Hani Abed and Fathi Shiqaqi. When Hamas launched its second bus bombing campaign in 1996 following Israel’s assassination of its bombing mastermind Yehiya Ayash, known as “the Engineer,” the potential for such assassinations to provoke a suicide bombing was well established.

Following the outbreak of the second Palestinian intifada on September 29, 2000 and Israel’s resumption of a systematic assassination campaign on November 9, 2000, many suicide bombings can be directly traced to this pattern of assassination and revenge.

But a nearly certain predictor for a suicide bombing is when Israel assassinates a senior commander or political leader of a militant group, especially when it does so during or in the negotiations for a truce by these groups on attacks on Israelis. Examples from the past few years include:

Given this striking pattern, it was no surprise that four out of the five recent suicide bombings came within a week of Israel’s recent assassinations or attempted assassination of such high level militant commanders. All of them came during or in the process of negotiating the three-month truce against attacks on Israeli civilians that was implemented on June 29. Palestinian militants group had very clearly stated that they would consider Israeli assassinations to be a violation of the truce and that they reserved the right to respond accordingly.

Moreover, one could argue that Sharon had already undertaken nearly every action possible short of a high level assassination to undermine Palestinian support for the cease-fire and President Bush’s Road Map process. In addition to mass arrests and low level killings, he had refused to dismantle Israeli settler outposts, end the siege and blockades of Palestinian cities and towns, release a significant number of Palestinian prisoners, or cease building a separation wall deep within the West Bank.

The only conclusion one can draw is that either Sharon thought it so important to kill these high level militant leaders at this time despite the bloody consequences for Israeli civilians or that he took these actions precisely because he sought a violent Palestinian response. It appears that the only thing more threatening for Ariel Sharon’s government than Palestinian terrorism is a Palestinian cease-fire.

By the same token, militant Palestinian groups must be condemned in the strongest terms for seizing upon Sharon’s provocations through their myopic preoccupation with revenge through suicide bombing that has brought untold misery upon both Israelis and Palestinians.

Suicide bombings against Israeli civilians are clearly not the only option they could undertake in response to assassinations or any other Israeli provocation. A sustained guerilla campaign against settlers and soldiers and the infrastructure of occupation in the occupied terroritories, which sends a clear political message to Israeli’s that the conflict is over the occupation and not Israel’s existence, is far more dangerous to Sharon and his right wing allies.

Palestinian militants have, in effect, aligned themselves with Israel’s expansionist right-wing by providing the crucial pretext for Sharon to reoccupy and lay siege to Palestinian population centers, seize more Palestinian land for Israeli settlements and to build a barrier around Palestinians in the West Bank and Gaza that traps them within tiny enclaves.

Nevertheless, based on the evidence from the past few years, Israel’s actions are of incomparably greater significance for ending these attacks than those of Prime Minister Abbas and what little remains of his decimated security services. At a minimum, Israel should immediately cease its assassination campaign. The escalation of these assassinations illustrated by the August 22 assassination of the major Hamas spokesman Ismail Abu Shanub in Gaza, widely seen as a Hamas moderate, is a clear sign that the Sharon government is concerned more about its own extremist political agenda than it is for Israeli civilian lives.

While Palestinians must do what they can to end suicide bombings, it is past time to rethink Israel’s assassination policy. They make it impossible for Palestinian authorities to undertake steps to reign in the militant groups without risking a major civil war and fuel popular support for retaliation.

Given all the carnage that can be traced to Israel’s assassination policy, the only remaining question is why more Israelis and their supporters abroad are not in the forefront against it.

Steve Niva is a professor of international politics and Middle East Studies at The Evergreen State College, Olympia, Washington. He is an associate of the Middle East Research and Information Project, writes occassionally for its magazine Middle East Report, and has had articles published in Al-Ahram Weekly, The Jordan Times and Peace Review. A shorter version of this article appeared on Counterpunch.