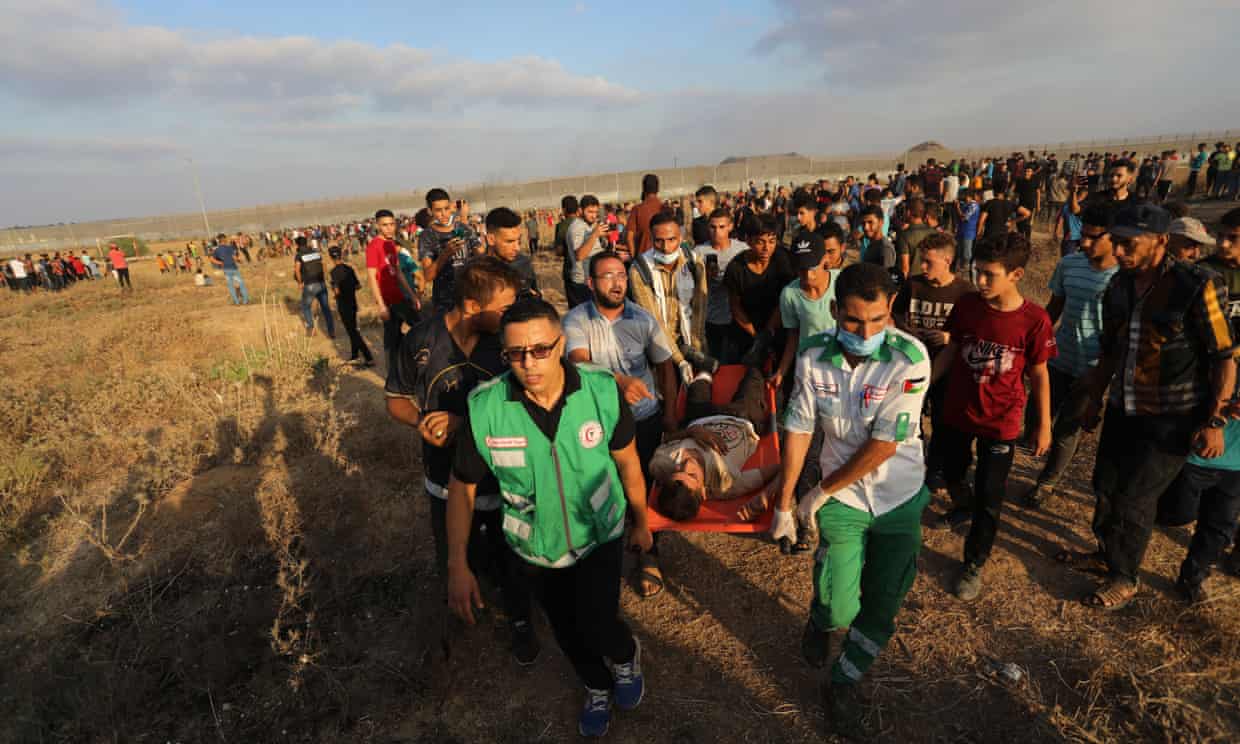 In response to the soldier’s shooting, Israeli “fighter jets have struck four weapons storage and manufacturing sites belonging to Hamas”, the military said. There were no immediate reports of injuries or damage.

Bracing for more hostilities, the military said it had sent additional forces to the Gaza border area. Israeli media reported the military had increased deployment of its Iron Dome anti-missile system.

The violence follows an Israeli announcement of a resumption of Qatari aid to Gaza, a move seen as bolstering a fragile Egyptian-mediated truce to the May fighting. Just days before that announcement, Gaza militants launched a rocket towards Israel that was shot down by the Iron Dome, in the first such attack since the truce.

Hamas spokesperson Fawzi Barhoum said Saturday’s airstrikes showed Israel was “trying to cover up its failure and disappointment in front of the steadfastness of our people and their valiant resistance.”

At least 250 Palestinians and 13 people in Israel were killed in the May conflict, in which Gaza militants fired rockets towards Israeli cities and Israel carried out airstrikes across the coastal enclave.

Israel keeps Gaza under a blockade, tightly restricting movement out of the territory which is home to 2 million Palestinians. Egypt also maintains restrictions on the enclave. Both cite threats from Hamas for the restrictions.