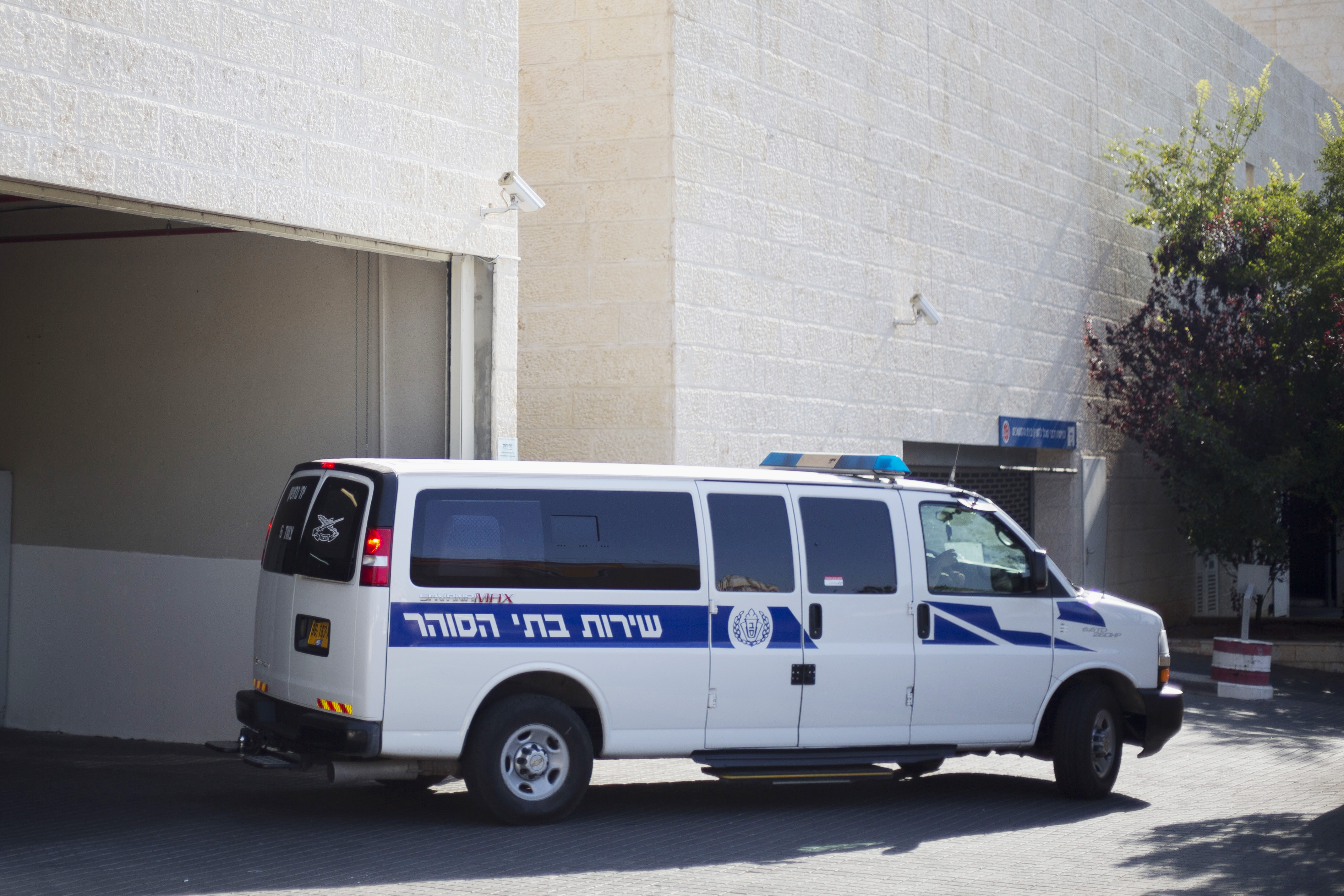 But Arbeed’s predicament is unique, because he ended up in the hospital with severe injuries. The Shin Bet did not respond to requests from VICE News for comment, and only told Israeli news outlets that a Shin Bet agent reported Arbeed “did not feel well” and that he was then “transferred to the hospital for medical examinations and treatment.”

“He was tortured severely,” said Sahar Francis, the director of Addameer, a Palestinian prisoner support group providing Arbeed with legal representation. “There’s no excuse for it. This is a war crime at the end of the day.”

Now, Palestinian activists and human rights watchdogs are calling for greater scrutiny of the Shin Bet’s shadowy practices, and criminal charges for the interrogators and higher-ups who approve of torture.

“Israel’s authorities must end their systematic use of torture and ensure that those responsible for the torture of Samir Arbeed, including those with command and other superior responsibility, are held to account,” said Saleh Higazi, Amnesty International’s Deputy Middle East and North Africa Director, in a statement. 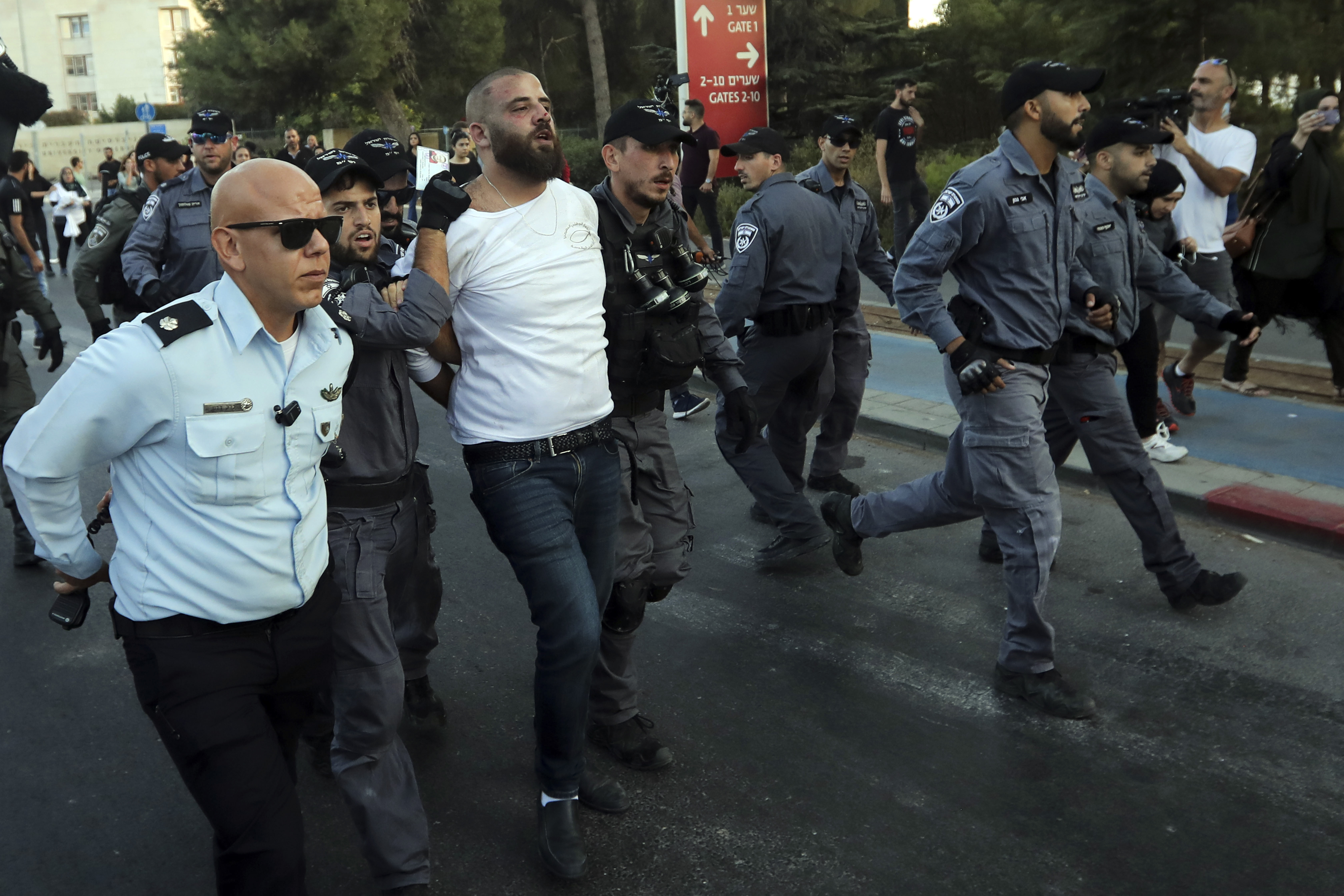 ISRAELI POLICE ARREST A MAN DURING A PROTEST OUTSIDE A HOSPITAL IN JERUSALEM WHERE PALESTINIAN SUSPECT IS BEING TREATED, TUESDAY, OCT. 1, 2019. SAMIR ARBEED, A PALESTINIAN SUSPECT IN A DEADLY WEST BANK BOMBING WAS IN SEVERE CONDITION AT AN ISRAELI HOSPITAL, AS ISRAELI MEDIA REPORTED AN INVESTIGATION WAS OPENED INTO POSSIBLE WRONGDOING BY ISRAELI SECURITY OFFICERS DURING INTERROGATION. (AP PHOTO/MAHMOUD ILLEAN)

Shin Bet, Israel’s equivalent of the FBI, has long been accused of using torture tactics such as sleep deprivation, beatings, extreme pressure on the back, consecutive, periodical crouches on a suspect’s toes — known as the “frog position”— and psychological threats, including threats of rape. These tactics are typically reserved for Palestinians suspected of involvement in militant activity.

Arbeed’s story isn’t the first time the public has been confronted with the grisly details of what the shadowy Shin Bet does in carrying out its mission to protect Israelis from Palestinian militant attacks. What has changed, however, is Israeli society’s reaction to such violence.

The last time the Shin Bet’s abuse captured widespread, sustained interest was in 1984, when intelligence agents severely beat and then executed two Palestinians who had just hijacked a bus. That affair, and the attempted cover-up, resulted in the Shin Bet directing blame at a decorated army general. The charges shook Israelis to their core.

“There was huge political turmoil — one of the biggest political scandals in the country,” said Ronen Bergman, a staff writer for the New York Times Magazine and author of “Rise and Kill First: The Secret History of Israel’s Targeted Assassinations.” “[Israelis] were appalled and shocked that the Shin Bet, in order to save their necks, rebelled against democracy. They used the tools they used against spies and terrorists against their fellow generals and against the prime minister himself.”

But 35 years on, the Israeli public barely seems to care about allegations of Shin Bet abuse anymore. Arbeed’s case has failed to generate much interest beyond local coverage, much less the sort of widespread public outcry that followed the 1984 killings.

“There is a very strong mainstream attitude of, ‘Whatever these people got, they deserve it,’” said Stroumsa of the Public Committee Against Torture.

Palestinians say this harsh sentiment has created a culture of impunity for Israeli officers who torture suspects, regardless of the laws in place to protect against such abuses.

“There is a very strong mainstream attitude of, ‘whatever these people got, they deserve it.’”

Under a landmark 1999 Israeli Supreme Court ruling, Shin Bet officers were banned from torturing Palestinian suspects. But that ruling carved out a major loophole: Shin Bet agents who apply physical pressure on detainees were shielded from criminal prosecution if it was a “ticking bomb” scenario — one in which a detainee had information about an imminent threat to Israelis.

Last year, the Supreme Court expanded the 1999 ruling’s loophole, by ruling that the extreme physical methods used on a Palestinian suspect were legitimate because he knew where weapons were stashed.

“There’s a general deference to the executive on national security in Israel,” said Elena Chachko, a Harvard Law School lecturer and former clerk for an Israeli Supreme Court justice. And with the 2018 ruling, “the precedent has been stretched considerably to circumstances I wouldn’t call ‘ticking bomb’ scenarios,” she said.

Those legal rulings have resulted in virtually all complaints of torture being dismissed. Israel’s Attorney General has launched only one criminal investigation into a torture allegation since 2001.

Arbeed remains in the hospital recovering from his injuries as his lawyers try to prevent Israel from sending him back to interrogation, where he is barred for now from legal representation because of his status as a terror suspect.

Israel’s Ministry of Justice told VICE News in a statement that it is investigating his treatment, but Palestinians have little to no hope that the inquiry will bring criminal charges.

“I don’t trust this procedure,” said Francis, the head of Addameer. “We always suspect these investigations won’t end in real accountability. It’s normal and accepted [in Israel] that Palestinians would be tortured by the security services.”

Alex Kane is a New York-based freelance journalist who writes on Israel/Palestine and civil liberties issues.