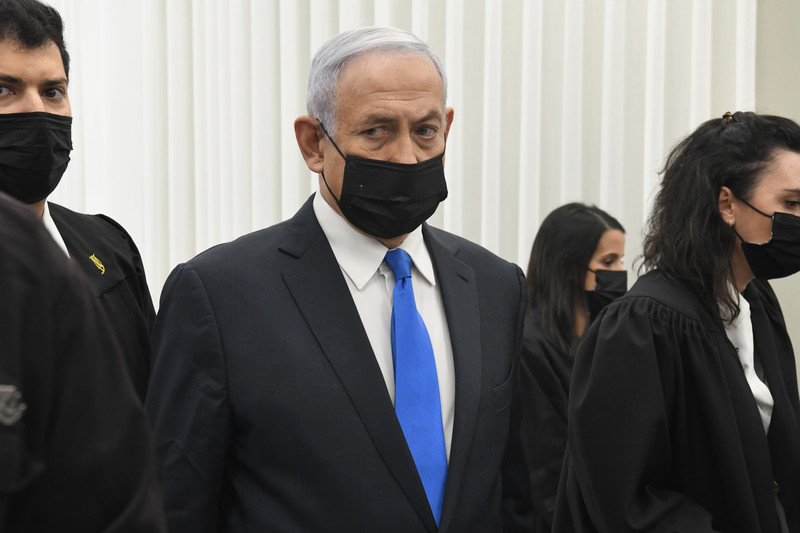 Israeli Prime Minister Benjamin Netanyahu, who will likely be scrutinized as part of the ICC’s investigation, branded the court as “anti-Semitic.” (Reuven Castro UPI)

The International Criminal Court has opened a formal investigation into war crimes in the West Bank and Gaza Strip, chief prosecutor Fatou Bensouda confirmed on Wednesday.

Bensouda’s announcement was welcomed as “a historic day in the decades-long Palestinian campaign for international justice and accountability” by Palestinian human rights groups leading those efforts.

Israeli Prime Minister Benjamin Netanyahu, who will likely be subjected to ICC scrutiny, branded the investigation as “the essence of anti-Semitism.”

The ICC’s announcement of an investigation came less than a month after a panel of judges confirmed that the court’s territorial jurisdiction extends to the Palestinian territories under Israeli military occupation.

In December 2019, Bensouda concluded a lengthy preliminary investigation, stating that criteria for war crimes investigations in the West Bank, including East Jerusalem, and the Gaza Strip had been met.

The ICC investigation will cover crimes committed since June 2014, when the situation in Palestine was referred to the international tribunal.

Breaking: the @IntlCrimCourt is opening an investigation into war crimes in the occupied Palestinian territory since 2014, the year when Israeli forces killed more than 535 Palestinian children in Gaza during Operation Protective Edge. https://t.co/87xaHh2dav

Bensouda stated that her office “will set priorities” for the investigation “in light of the operational challenges we confront from the pandemic, the limited resources we have available to us, and our current heavy workload.”

She added that in situations in which the prosecutor determines a reasonable basis to investigate, the prosecutor’s office “is obliged to act.”

The court’s next step will be to notify Israel and the Palestinian authorities, permitting each state party to conduct relevant investigations “of its own nationals or others within its jurisdiction” in relation to crimes that fall under the ICC’s mandate.

The ICC defers to a country’s internal investigations, where they exist, under the principle of complementarity which holds that “states have the first responsibility and right to prosecute international crimes.”

Israel has a self-investigation system – albeit one described by B’Tselem, a leading human rights group in the country, as a whitewashing mechanism that insulates the military and political leadership from accountability.

We see the victims of Israel’s policies and reiterate that without accountability these policies will be perpetuated. The ICC was established as a court of last resort, for cases in which a state fails to hold the senior officials to account. Israel, deliberately, fails to do so.

In late 2019, Bensouda stated that her office’s assessment “of the scope and genuineness” of Israel’s domestic proceedings “remains ongoing at this stage.”

She had, however, “concluded that the potential cases concerning crimes allegedly committed by members of Hamas and PAGs [Palestinian armed groups] would currently be admissible.”

In her statement on Wednesday, Bensouda said that the assessment of complementarity “will remain ongoing” and she suggested that the matter may be deliberated by a panel of judges in a pre-trial chamber.

Given that Israel’s settlement enterprise in the West Bank is unambiguously state policy backed by its highest-ranking members of government, it will likely be a primary focus of the ICC’s probe.

Like the question of territorial jurisdiction, complementarity will likely be a major sticking point for the court’s investigation in Palestine.

Welcoming Bensouda’s announcement on Wednesday, Palestinian human rights groups urged “that there be no undue delay, and that the utmost urgency be brought to bear.”

But Bensouda set an expectation for less than expeditious proceedings, stating that “investigations take time and they must be grounded objectively in facts and law.”

She urged patience from “Palestinian and Israeli victims and affected communities,” adding that “the ICC is not a panacea.”

Alluding to an argument made by Israel’s allies that an investigation would jeopardize future bilateral negotiations, Bensouda said that “the pursuit of peace and justice should be seen as mutually reinforcing imperatives.”

This particular sentence is clearly directed to the Biden administration which has argued that seeking accountability before the ICC will undermine the ‘peace process’:

“The pursuit of peace and justice should be seen as mutually reinforcing imperatives.”https://t.co/leBmAyM73D

Bensouda said on Wednesday that the court would focus “its attention on the most notorious alleged offenders or those alleged to be the most responsible for the commission of the crimes.”

Netanyahu’s election campaign promises to annex West Bank land was mentioned by Bensouda in her request to the pre-trial chamber on territorial jurisdiction.

The International Criminal Court has opened a formal investigation into the “Situation in Palestine”, meaning thousands of victims of crimes under international law may gain long overdue access to justice, truth and reparations.

Media have reported that the Israeli government has a list of hundreds of officials who might be investigated and prosecuted by the court, which tries individuals, not states.

Israeli officials claim that some ICC member states “have agreed to give advance warning to Israel of any intent to arrest” its citizens upon arrival to their countries.

Providing tip-offs that could allow suspects to escape investigation or arrest would likely violate the obligations that member states have under the ICC’s founding Rome Statute to cooperate with the court’s work.

On Wednesday, Bensouda said that “we count on the support and cooperation of the parties [Israel and Palestinian armed groups], as well as all States Parties to the Rome Statute.”

The ICC, however, will come under tremendous political pressure as powerful states like the US, Canada and Australia oppose any investigation of their ally Israel.

Last year, Canada made a thinly veiled threat to withdraw financial support to the ICC should it proceed with an investigation.

The Trump administration in Washington imposed economic sanctions and visa restrictions on Bensouda and members of her staff.

The extreme measures put the court personnel in the company of “terrorists and narcotics traffickers” or individuals and groups working on behalf of countries sanctioned by the US.

While President Joe Biden has signed a flurry of executive orders reversing measures by his predecessor, the new US leader has allowed the ICC sanctions to remain in place.

Amid pressure to lift the sanctions, the White House is promising only to “thoroughly review them.”

All states must cooperate with the #ICC in its investigation into international crimes in #Palestine – @StateDept @POTUS @JoeBiden must immediately #RescindEO13928 and not stand in the way of justice and accountability https://t.co/s6gITD7iI0

During his first phone call with President Biden, Netanyahu urged that the sanctions remain in place.

Israel has meanwhile directed its vitriol at Palestinian human rights defenders, particularly those engaged with international justice mechanisms like the ICC.

Its tactics have included “arbitrary arrests, travel bans and residency revocations, as well as attacks on Palestinian human rights organizations, including raids.”

Balkees Jarrah, an associate director at Human Rights Watch, stated on Wednesday that “ICC member countries should stand ready to fiercely protect the court’s work from any political pressure.”

Jarrah added that “all eyes will also be on the next prosecutor Karim Khan to pick up the baton and expeditiously move forward while demonstrating firm independence in seeking to hold even the most powerful to account.”