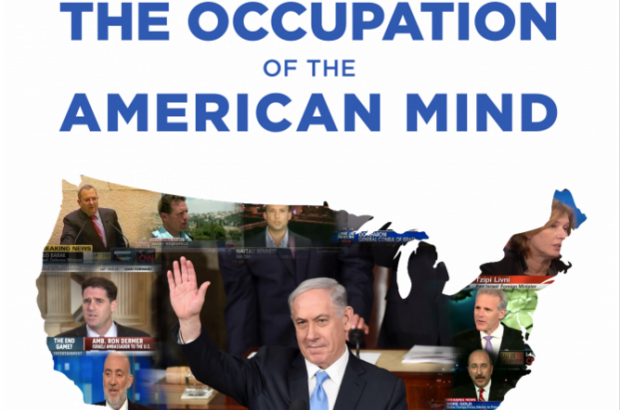 Jewish Voice for Peace-Madison presents a showing of the film The Occupation of the American Mind. Co-sponsored by MRSCP.

Israel’s ongoing military occupation of Palestinian territory and its repeated invasions of the Gaza strip have triggered a fierce backlash against Israeli policies virtually everywhere in the world — except the United States.

The Occupation of the American Mind takes an eye-opening look at this critical exception, zeroing in on pro-Israel public relations efforts within the U.S. Narrated by Roger Waters and featuring leading observers of the Israeli–Palestinian conflict, the film explores how the Israeli government, the U.S. government, and the pro-Israel lobby have joined forces, often with very different motives, to shape American media coverage of the conflict in Israel’s favor.

The Occupation of the American Mind provides a sweeping analysis of Israel’s decades-long battle for the hearts, minds, and tax dollars of the American people — a battle that has only intensified over the past few years in the face of widening international condemnation of Israel’s increasingly right-wing policies.

For details and updates check Jewish Voice for Peace-Madison.