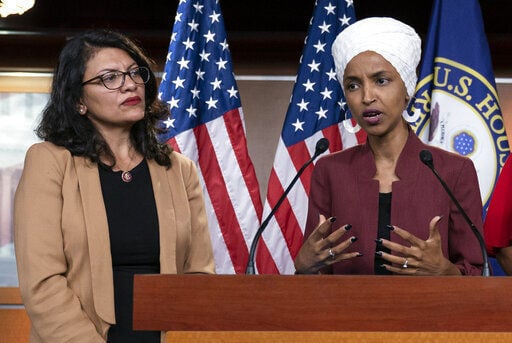 It is also not surprising that Trump, no friend of human rights anywhere, seeks to score political points with his base by continuing his racist and Islamophobic attacks on Omar and Tlaib, as well as fellow Representatives Alexandria Ocasio-Cortez and Ayanna Presley.

But alarm bells should ring out when a U.S. president openly collaborates with the government of a foreign country to which Congress generously provides some $5 billion per year in U.S. tax money in order to stop members of that same Congress from seeing the reality on the ground there.

One who has yet to speak out is Sen. Tammy Baldwin. Baldwin is a co-sponsor of Senate Resolution 120 that slanders the BDS movement, implies that it is anti-Semitic, and condemns this legally protected exercise of First Amendment rights.

Even Sen. Ron Johnson has yet to co-sponsor this bill.

Unlike earlier bills that would have imposed draconian legal and financial penalties for those who support BDS and which are being thrown out by the courts, this resolution has no “teeth.” Yet clearly it provides fertile ground for what just happened to Omar and Tlaib, and what will happen to others with far less ability to fight back.

More than ever, Baldwin needs to withdraw her support of this anti-democratic resolution.

It is long past time for Israel to change its racist and exclusionary policies towards Palestinians, Arabs, and Muslims. The Palestinian people, like people everywhere, including members of the U.S. Congress, should have the freedom to visit their families (as Tlaib hoped to do in the occupied West Bank), to see the impact on the ground of U.S. policies, and to take action for justice and human rights.