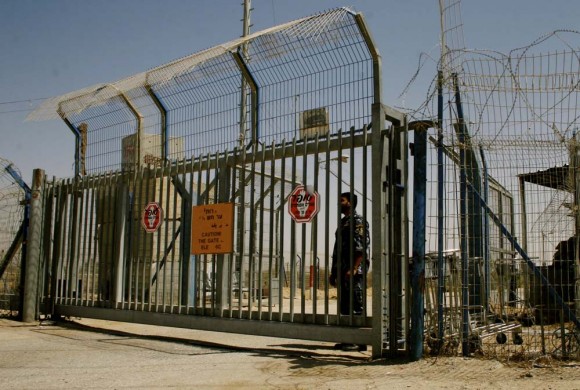 I was supposed to be in Egypt on Sunday October 27 to start my trip to Doha along with a distinctive group of Palestinian students. We were planning to attend the WISE conference. We spent three months preparing for it to speak on behalf of educated students in the Gaza Strip. (WISE is an annual conference organized by the Qatar Foundation in Doha and it refers to “world innovation summit for education.)

We dreamed of unforgettable days. My passport, with its very distinguished sentence– “valid for all countries”– written inside it was kept under my pillow for days. I was thinking of myself everyday looking prettier and more glorious and confident when holding my country and people’s message. I thought that this event will make my year. I once saw myself at the airport then in the plane flying between clouds. I might be exaggerating, but honestly this is the logic of a girl who has her dreams hovering over the world yet restrained by borders.

I was expecting a lot to happen as I live in Gaza, the city where disappointments always pop up from everywhere, bringing out the fact that our passport is not valid to any country. The unacceptable fact was that not one of us was able to get out of Rafah crossing. This is the message we have received:

END_OF_DOCUMENT_TOKEN_TO_BE_REPLACED

Josh Ruebner of the U.S. Campaign to End the Israeli Occupation will speak and sign copies of his new book Shattered Hopes: Obama’s Failure to Broker Israeli-Palestinian Peace.

Sponsored by Students for Justice in Palestine-UW Madison and the Madison-Rafah Sister City Project, this is free and open all. 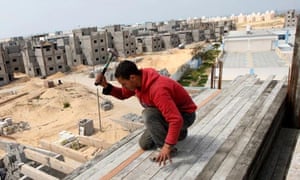 END_OF_DOCUMENT_TOKEN_TO_BE_REPLACED

A gift from the Madison-Rafah Sister City Project and others, Dedicated to Karin Sandvik 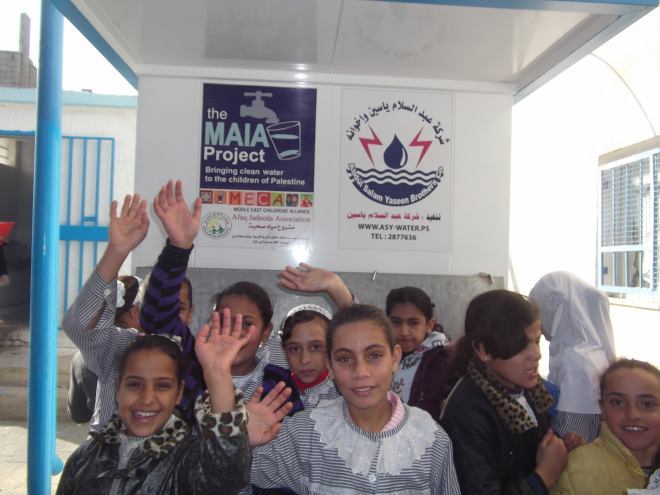 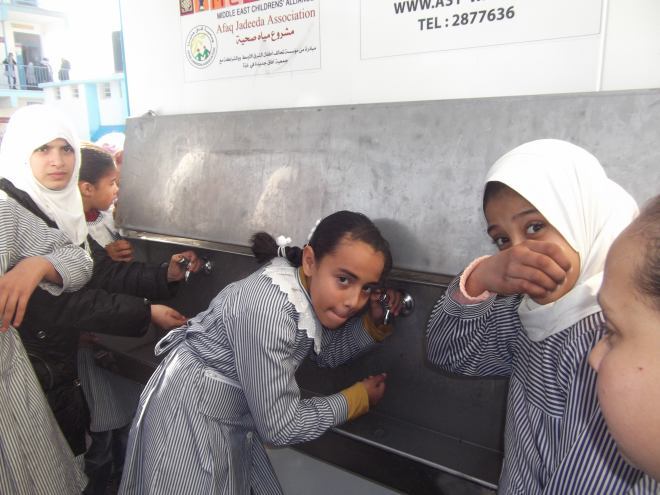 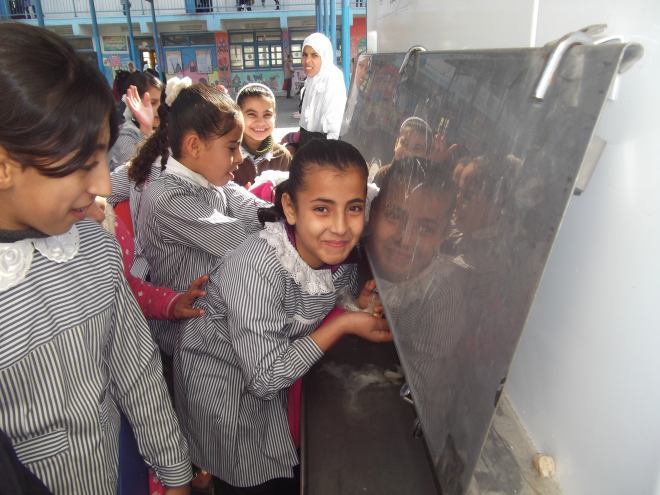 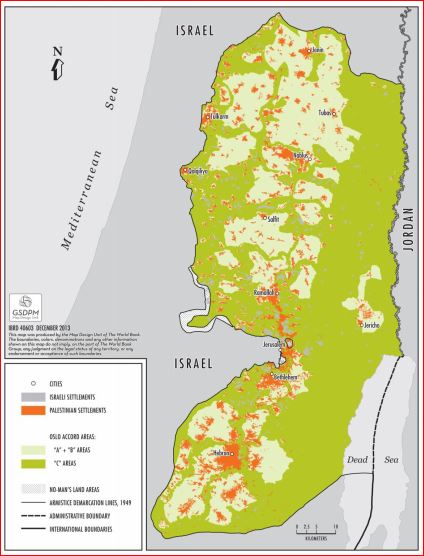 END_OF_DOCUMENT_TOKEN_TO_BE_REPLACED

Family Friendly Benefit/fundraiser with proceeds going to the Rachel Corrie Library Center in Rafah. There will also be a craft sale to raise extra funds for the library.

Please Join us for a Saturday afternoon of music and dance to raise funds for the renovation of the library at the Rachel Corrie Youth Center in Rafah, Palestine! While on a delegation to the Gaza Strip in late 2012, MRSCP members toured the youth center, which provides badly-needed educational and recreational opportunities for Rafah’s children. They were shown an empty library room that needs to be furnished with chairs, shelves, desks, a computer and printer. MRSCP gladly accepted this project and has raised over $3000 of the $3990 goal!

Yid Vicious has been engaging and delighting audiences throughout the Midwest since 1995. The group has released four CDs and has received numerous Madison Area Music Awards for its unique blend of traditional and contemporary klezmer. In 2009, Yid Vicious became the first performing arts ensemble in Wisconsin to receive a USArtists International grant, to perform at Argentina’s KlezFiesta, an international klezmer festival spanning three cities and including bands from ten countries. In 2006, Yid Vicious toured Chiba Prefecture, Japan as part of the Wisconsin-Chiba Sister State Goodwill Delegation. Yid Vicious is committed to keeping traditional klezmer music and dance alive, and collaborates frequently with internationally renowned klezmer dance instructor Steve Weintraub. The group has participated in the New York-based “KlezKamp: The Yiddish Folk Arts Program”, and was a featured performer at the “KlezKamp Roadshow” directed by Yiddish scholar Henry Sapoznik at the University of Wisconsin in April 2009. Yid Vicious has presented concerts, workshops, and clinics at performing arts centers, cultural festivals, universities, and K-12 schools in Wisconsin, Minnesota, South Dakota, Iowa, Illinois, and Michigan, and has performed to statewide audiences on Wisconsin Public Radio and Wisconsin Public Television.

Regardless of the position taken Syrian involvement, it is important to analyze all of the factors and possible consequences of action or lack thereof. On Thursday September 12th, our host Allen Ruff talked with Stephen Zunes, Professor of Politics and International Studies at the University of San Francisco, about one of his latest articles for Truthout.

Ruff and Zunes gave us an update on Syria as well as where the United States stands on involvement with Syria. Zunes also stressed the importance of Congress and their role to help stop plans of attacking Syria.“The decision by President Barack Obama to first seek congressional approval of any US military action against Syria is good and important, not only on constitutional grounds but because it gives the American people an opportunity to stop it. It is critically important to convince members of Congress not to grant the president that authority.”- Stephen Zunes in Eight Arguments Against Going to War with Syria.

END_OF_DOCUMENT_TOKEN_TO_BE_REPLACED

“Lake Erie Yearly Meeting calls for Friends to join the boycott of products made in Israel’s illegal West Bank settlements and to divest from companies that support Israel’s military occupation and repression of the Palestinian people.”

END_OF_DOCUMENT_TOKEN_TO_BE_REPLACED

Anthony “Tony” Joseph Bahl, age 72, of Chicago, died peacefully on August 1st after a courageous battle with Mesothelioma surrounded by his daughters, Michele Bahl of Madison, WI, and Amy Lee of Chicago, and son-in-law Brendan Lee.

Tony was a dedicated high school English teacher and a steadfast social justice advocate and longtime participant at the College of the Complexes. However, most of all, he was a tremendous friend, father, and grandfather to his two grandchildren, Bella (2) and Dylan (3). Tony touched so many people by his generous and empathetic spirit.

Published by the Chicago Tribune Media Group on Aug. 4, 2013

An extensive list of 153 signatories from 24 different countries (below and at http://www.bdsmovement.net/2013/150-orgs-stand-french-repression-11117) have signed a solidarity message in support of French activists on trial for their BDS campaigning work.

Updates about the trial and demonstrations outside are being posted on twitter hashtag #solidariteprocesbds and on the BDSmovement.net website.

Here is the message as circulated by the Palestinian BDS National Committee.