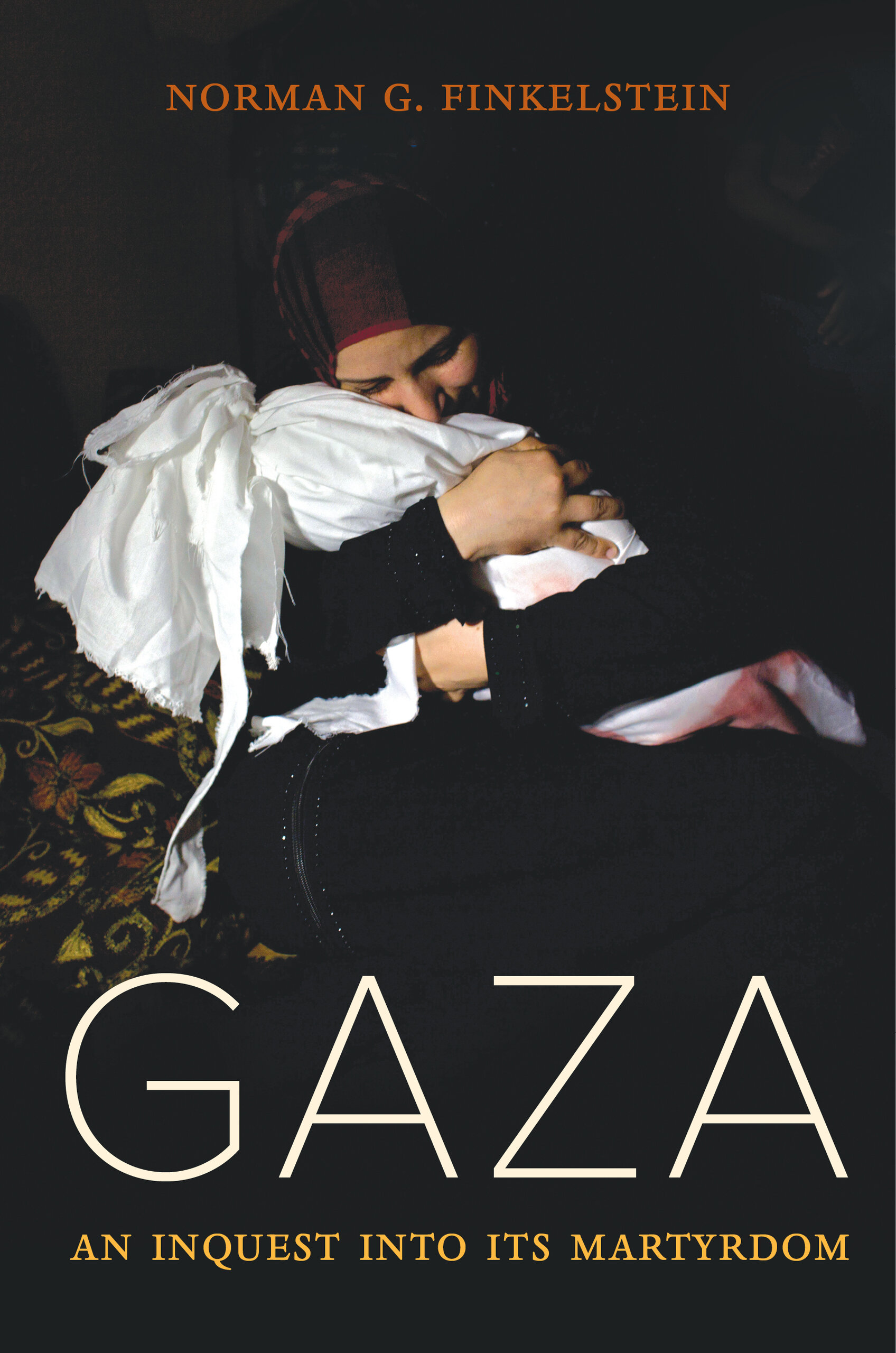 The Gaza Strip is among the most densely populated places in the world. More than two-thirds of its inhabitants are refugees, and more than half are under eighteen years of age. Since 2004, Israel has launched eight devastating “operations” against Gaza’s largely defenseless population. Thousands have perished, and tens of thousands have been left homeless. In the meantime, Israel has subjected Gaza to a merciless illegal blockade.

Based on scores of human rights reports, Norman G. Finkelstein’s new book presents a meticulously researched inquest into Gaza’s martyrdom. He shows that although Israel has justified its assaults in the name of self-defense, in fact these actions constituted flagrant violations of international law.

Author Bio
Norman G. Finkelstein received his doctorate from the Princeton University Department of Politics. His many books, including The Holocaust Industry: Reflections on the Exploitation of Human Suffering and Knowing Too Much: Why the American Jewish Romance with Israel Is Coming to an End, have been translated into fifty foreign editions. He is a frequent lecturer and commentator on the Israel-Palestine conflict.

END_OF_DOCUMENT_TOKEN_TO_BE_REPLACED 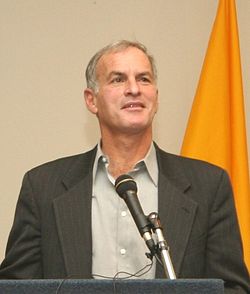 Dr. Norman Finkelstein, well known speaker and scholar, will address recent events in the Israeli-Palestinian conflict and the future of Palestine. All students, faculty, and guests are welcome to attend.

Sponsored by UW-Madison Students for Justice in Palestine, in cooperation with the Wisconsin Union Directorate Society and Politics Committee and support from Associated Students of Madison.

For more info: Facebook — UW-Madison Students for Justice in Palestine

Major donors to Brandeis University have informed the school they will no longer give it money in retaliation for its decision last month to host former President Jimmy Carter, a strong critic of Israel.

The donors have notified the school in writing of their decisions–and specified Carter as the reason, said Stuart Eizenstat, a former aide to Carter during his presidency and a current trustee of Brandeis, one of the nation’s premier Jewish institutions of higher learning.

They are “more than a handful,” he said. “So, this is a concern. There are evidently a fair number of donors who have indicated they will withhold contributions.”

Brandeis history professor Jonathan Sarna, who maintains close ties with the administration, told The Jewish Week, “These were not people who send $5 to the university. These were major donors, and major potential donors.”

“I hope they’ll calm down and change their views,” Sarna said.

Sarna indicated he knew the identity of at least one of the benefactors but declined to disclose it. He said only that those now determined to stop contributing include “some enormously wealthy individuals.”

Eizenstat said his information came from discussions Tuesday with university administrators, who did not disclose to him who the donors in question were, or how much was involved.

Kevin Montgomery, a student member of the faculty-student committee that brought Carter to Brandeis, related that the school’s senior vice president for communications, Lorna Miles, told him in a meeting the week before Carter’s appearance that the school had, at that point, already lost $5 million in donations.

Asked to comment, Miles replied, “I have no idea what he’s talking about.”

Miles said that university President Jehuda Reinharz was out of the country and unavailable for comment. The school’s fundraising director, Nancy Winship, was also unavailable, she said.

END_OF_DOCUMENT_TOKEN_TO_BE_REPLACED

As Jimmy Carter’s new book Palestine Peace Not Apartheid climbs the bestseller list, the reaction of Israel’s apologists scales new peaks of lunacy. I will examine a pair of typical examples and then look at the latest weapon to silence Carter.

No aspect of Carter’s book has evoked more outrage than its identification of Israeli policy in the Occupied Palestinian Territory with apartheid. Michael Kinsley in the Washington Post called it “foolish and unfair,” the Boston Globe editorialized that it was “irresponsibly provocative,” while the New York Times reported that Jewish groups condemned it as “dangerous and anti-Semitic.” (1)

In fact the comparison is a commonplace among informed commentators.
From its initial encounter with Palestine the Zionist movement confronted a seemingly intractable dilemma: How to create a Jewish state in a territory that was overwhelmingly non-Jewish? Israeli historian Benny Morris observes that Zionists could choose from only two options: “the way of South Africa”–i.e., “the establishment of an apartheid state, with a settler minority lording it over a large, exploited native majority”–or “the way of transfer”–i.e., “you could create a homogeneous Jewish state or at least a state with an overwhelming Jewish majority by moving or transferring all or most of the Arabs out.” (2)

During the British Mandate period (1917-1947) Zionist settlers labored on both fronts, laying the foundations of an apartheid-like regime in Palestine while exploring the prospect of expelling the indigenous population. Norman Bentwich, a Jewish officer in the Mandatory government who later taught at the Hebrew University, recalled in his memoir that, “One of the causes of resentment between Arabs and Jews was the determined policy of the Jewish public bodies to employ only Jewish workers.This policy of ‘economic apartheid’ was bound to strengthen the resistance of Arabs to Jewish immigration.” (3)

Ultimately, however, the Zionist movement resolved the dilemma in 1948 by way of transfer: under the cover of war with neighboring Arab states, Zionist armies proceeded to “ethnically cleanse” (Morris) the bulk of the indigenous population, creating a state that didn’t need to rely on anachronistic structures of Western supremacy. (4)

After Israel conquered the West Bank and Gaza in 1967 the same demographic dilemma resurfaced and alongside it the same pair of options. Once again Zionists simultaneously laid the foundations for apartheid in the Occupied Palestinian Territory while never quite abandoning hope that an expulsion could be carried off in the event of war. (5)

After four decades of Israeli occupation, the infrastructure and superstructure of apartheid have been put in place. Outside the never-never land of mainstream American Jewry and U.S. media this reality is barely disputed. Indeed, already more than a decade ago while the world was celebrating the Oslo Accords, seasoned Israeli analyst and former deputy mayor of Jerusalem Meron Benvenisti observed, “It goes without saying that ‘cooperation’ based on the current power relationship is no more than permanent Israeli domination in disguise, and that Palestinian self-rule is merely a euphemism for Bantustanization.” (6)

If it’s “foolish and unfair,” “irresponsibly provocative” and “dangerous and anti-Semitic” to make the apartheid comparison, then the roster of commentators who have gone awry is rather puzzling. For example, a major 2002 study of Israeli settlement practices by the respected Israeli human rights organization B’Tselem concluded: “Israel has created in the Occupied Territories a regime of separation based on discrimination, applying two separate systems of law in the same area and basing the rights of individuals on their nationality. This regime is the only one of its kind in the world, and is reminiscent of distasteful regimes from the past, such as the apartheid regime in South Africa.” A more recent B’Tselem publication on the road system Israel has established in the West Bank again concluded that it “bears striking similarities to the racist Apartheid regime,” and even “entails a greater degree of arbitrariness than was the case with the regime that existed in South Africa.” (7)

Those sharing Carter’s iniquitous belief also include the editorial board of Israel’s leading newspaper Haaretz, which observed in September 2006 that “the apartheid regime in the territories remains intact; millions of Palestinians are living without rights, freedom of movement or a livelihood, under the yoke of ongoing Israeli occupation,” as well as former Israeli Knesset member Shulamit Aloni, former Israeli Ambassador to South Africa Alon Liel, South African Archbishop and Nobel Laureate for Peace Desmond Tutu and “father” of human rights law in South Africa John Dugard. (8)

END_OF_DOCUMENT_TOKEN_TO_BE_REPLACED

The historical chapters of Palestine Peace Not Apartheid are rather thin, filled with errors small and large, as well as tendentious and untenable interpretations. But few persons will be reading it for the history.

It is what Carter has to say about the present that will interest the reading public and the media (assuming the book is not ignored). It can be said with certainty that Israel’s apologists will not be pleased. Although Carter includes criticisms of the Palestinians to affect balance, it is clear that he holds Israel principally responsible for the impasse in the peace process. The most scathing criticisms of Israel come in Chapter 16 (“The Wall as a Prison”). One hopes that this chapter (and the concluding “Summary”) will be widely disseminated.

Below I reproduce some of Carter’s key statements.

Most Arab regimes have accepted the permanent existence of Israel as an indisputable fact and are no longer calling for an end to the State of Israel, having contrived a common statement at an Arab summit in 2002 that offers peace and normal relations with Israel within its acknowledged international borders and in compliance with other U.N. Security Council resolutions. (p. 14)

Since 1924, Shebaa Farms has been treated as Lebanese territory, but Syria seized the area in the 1950s and retained control until Israel occupied the Farms–along with the Golan Heights–in 1967. The inhabitants and properties were Lebanese, and Lebanon has never accepted Syria’s control of the Farms. Although Syria has claimed the area in the past, Syrian officials now state that it is part of Lebanon. This position supports the Arab claim that Israel still occupies Lebanese territory. (pp. 98-9)

The best offer to the Palestinians [at Camp David in December 2000]–by Clinton, not Barak–had been to withdraw 20 percent of the settlers, leaving more than 180,000 in 209 settlements, covering about 10 percent of the occupied land, including land to be “leased” and portions of the Jordan River valley and East Jerusalem.

The percentage figure is misleading, since it usually includes only the actual footprints of the settlements. There is a zone with a radius of about four hundred meters around each settlement within which Palestinians cannot enter. In addition, there are other large areas that would have been taken or earmarked to be used exclusively by Israel, roadways that connect the settlements to one another and to Jerusalem, and “life arteries” that provide the settlers with water, sewage, electricity, and communications. These range in width from five hundred to four thousand meters, and Palestinians cannot use or cross many of these connecting links. This honeycomb of settlements and their interconnecting conduits effectively divide the West Bank into at least two noncontiguous areas and multiple fragments, often uninhabitable or even unreachable, and control of the Jordan Valley denies Palestinians any direct access eastward into Jordan. About one hundred military checkpoints completely surround Palestinians and block routes going into or between Palestinian communities, combined with an unaccountable number of other roads that are permanently closed with large concrete cubes or mounds of earth and rocks.

There was no possibility that any Palestinian leader could accept such terms and survive, but official statements from Washington and Jerusalem were successful in placing the entire onus for the failure on Yasir Arafat. (pp. 151-2)

END_OF_DOCUMENT_TOKEN_TO_BE_REPLACED

And now there is blood on my name, on my tree in Israel. Do not speak to me of self-defense, of necessity and nations and history. ― FOR MY TREE IN ISRAEL, Julia Vinograd 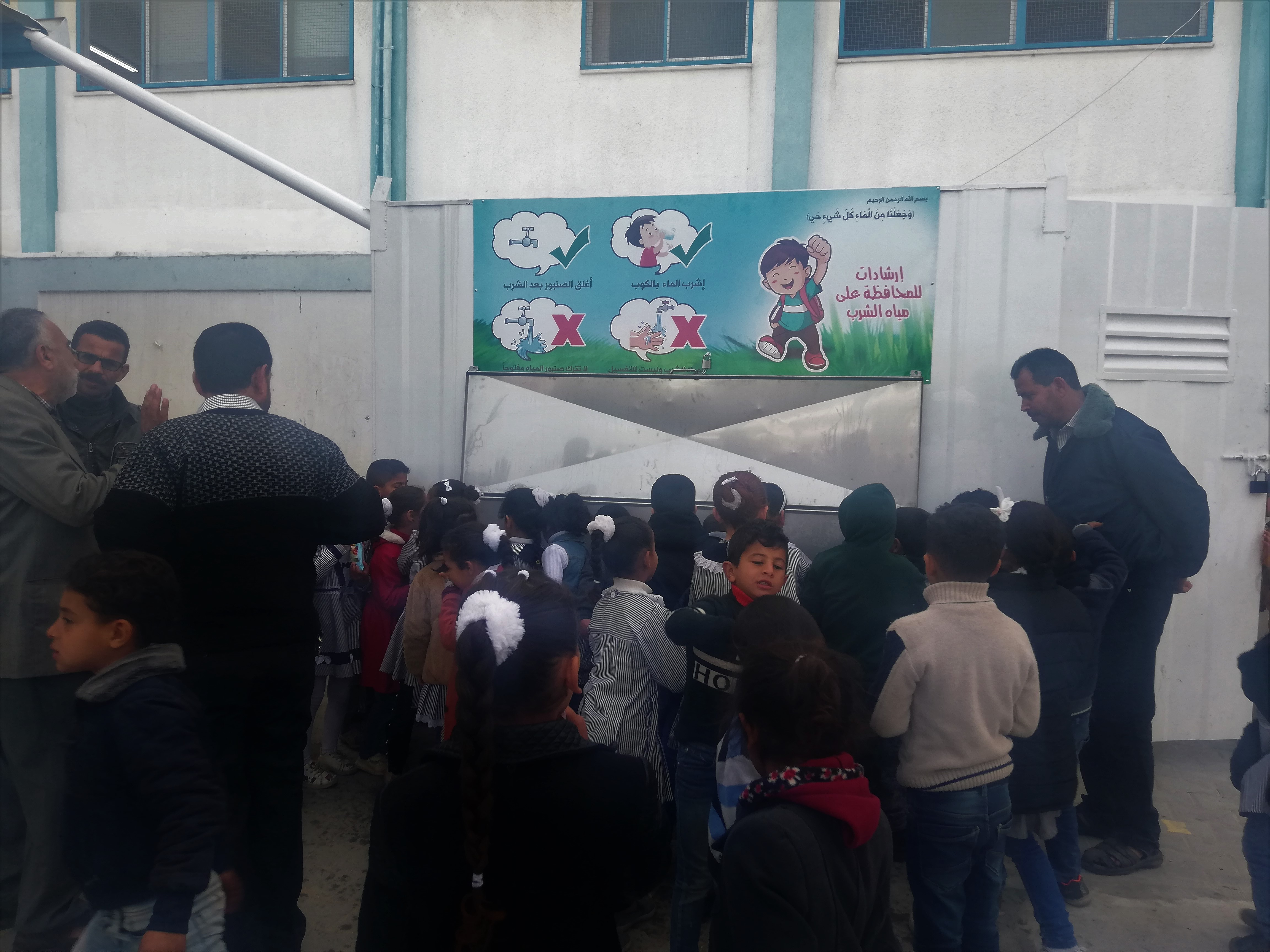 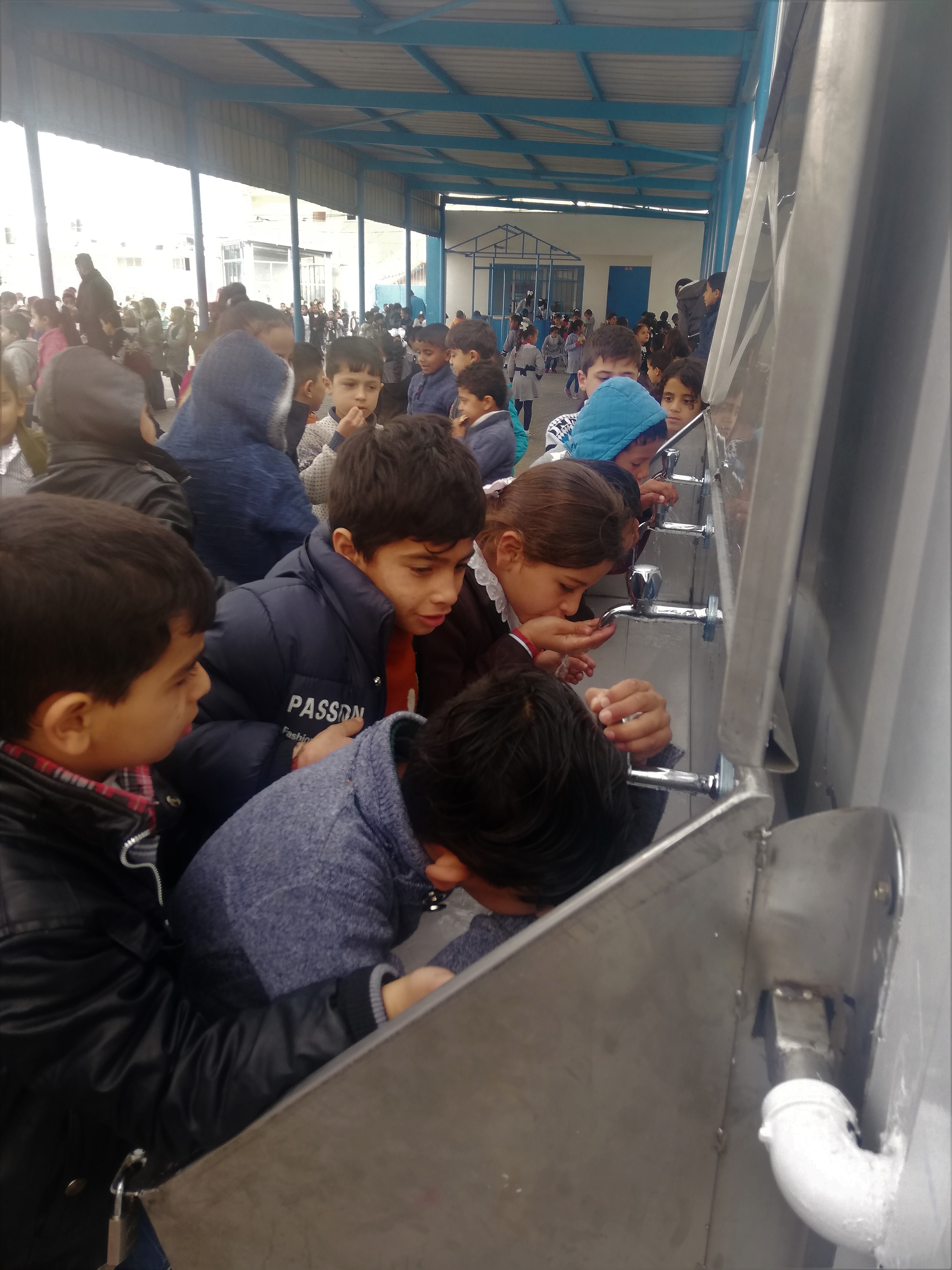 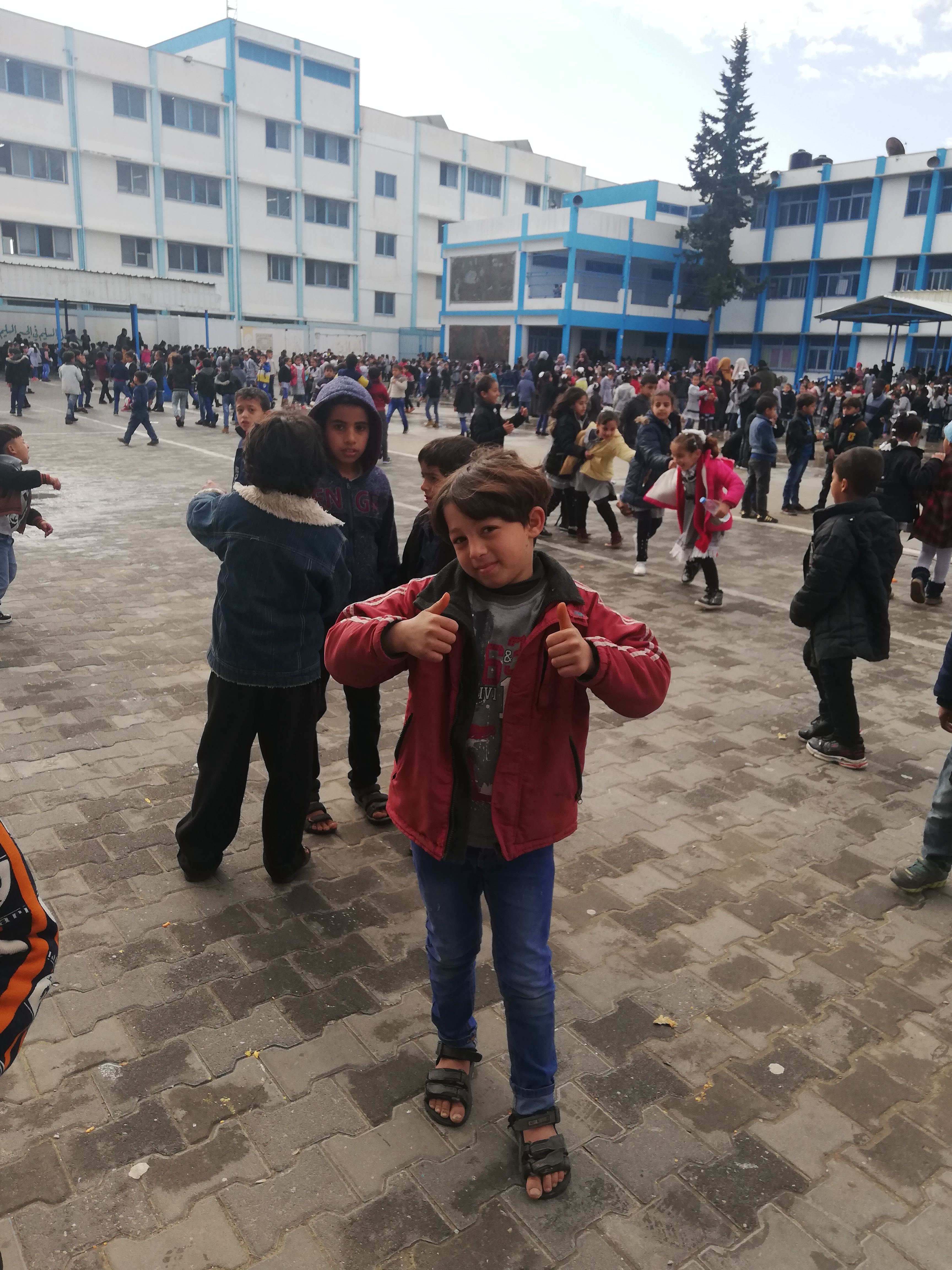 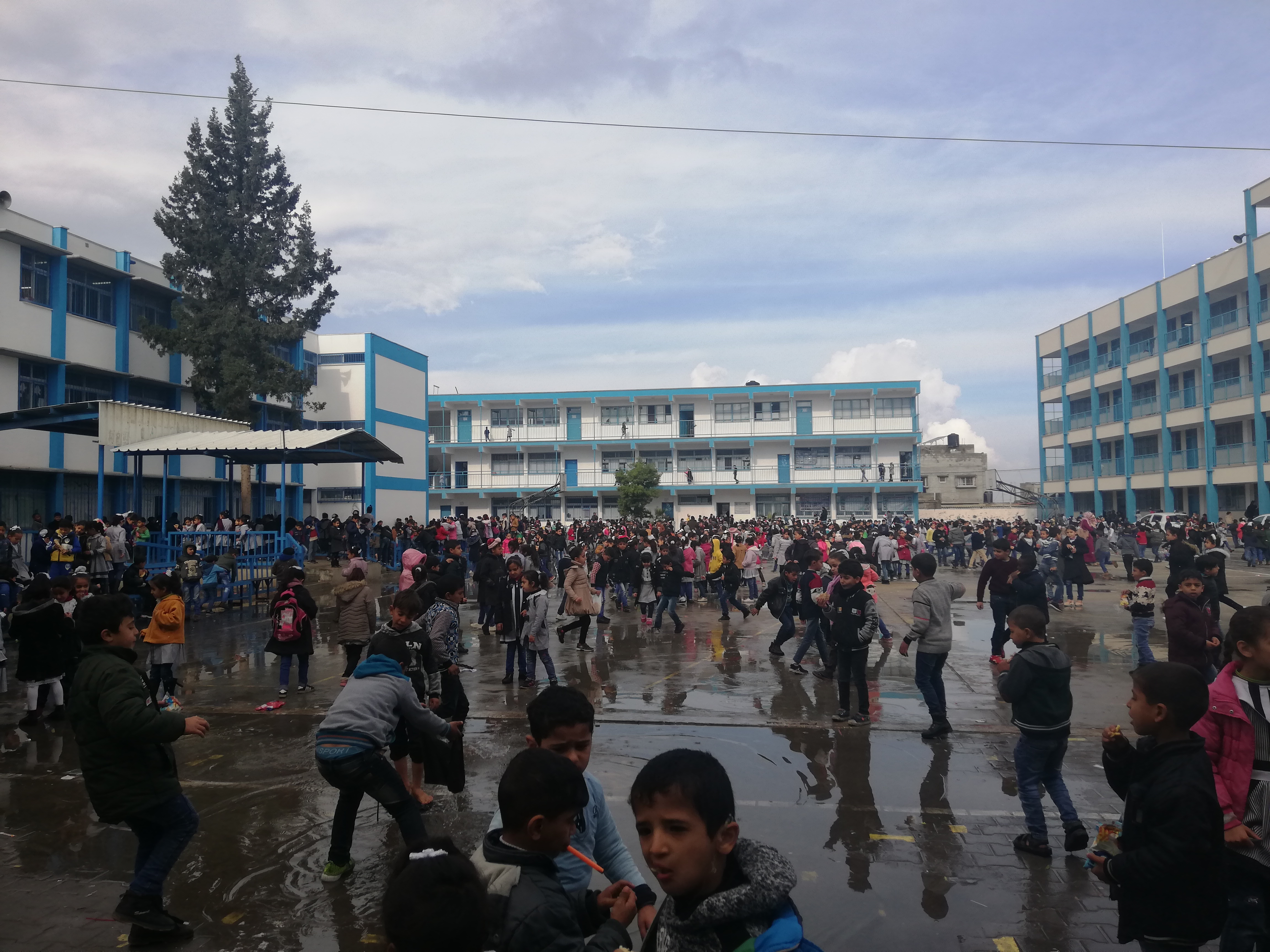 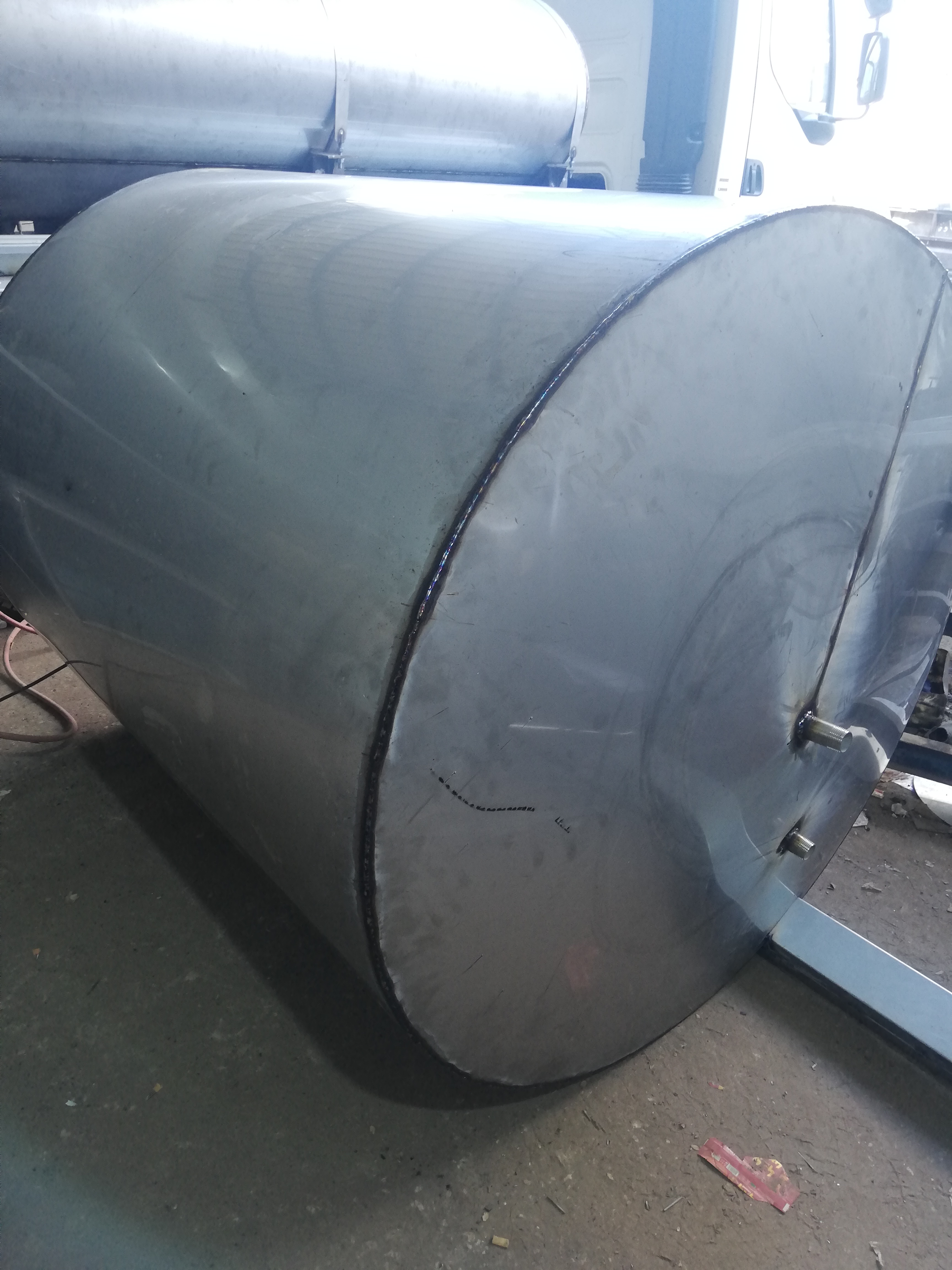 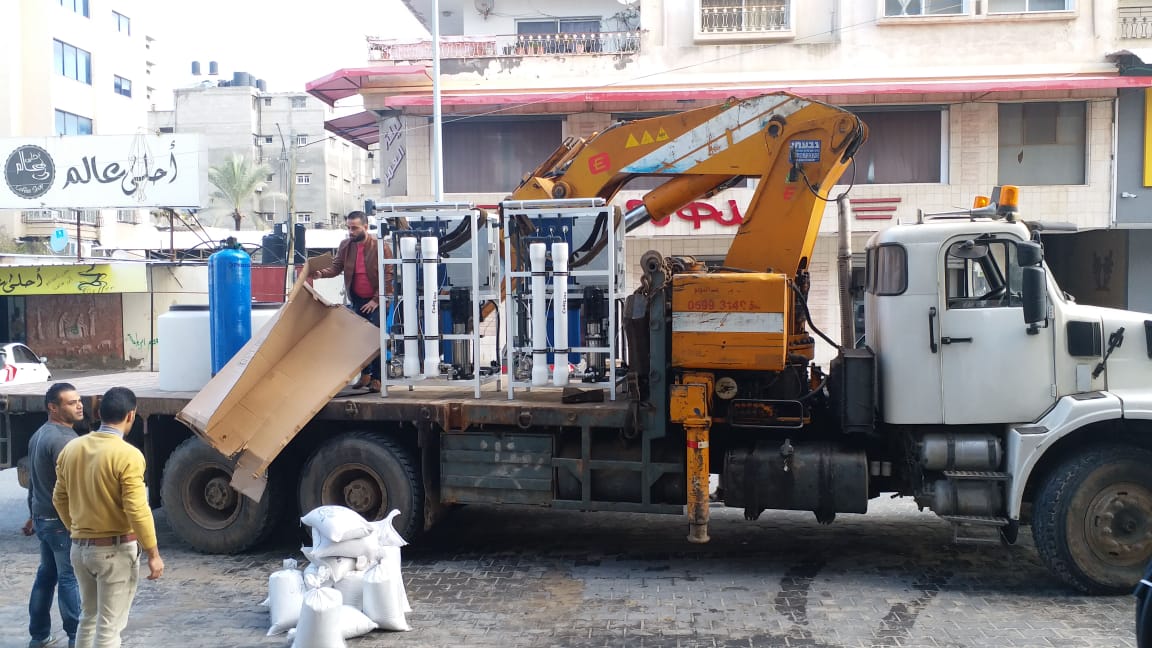 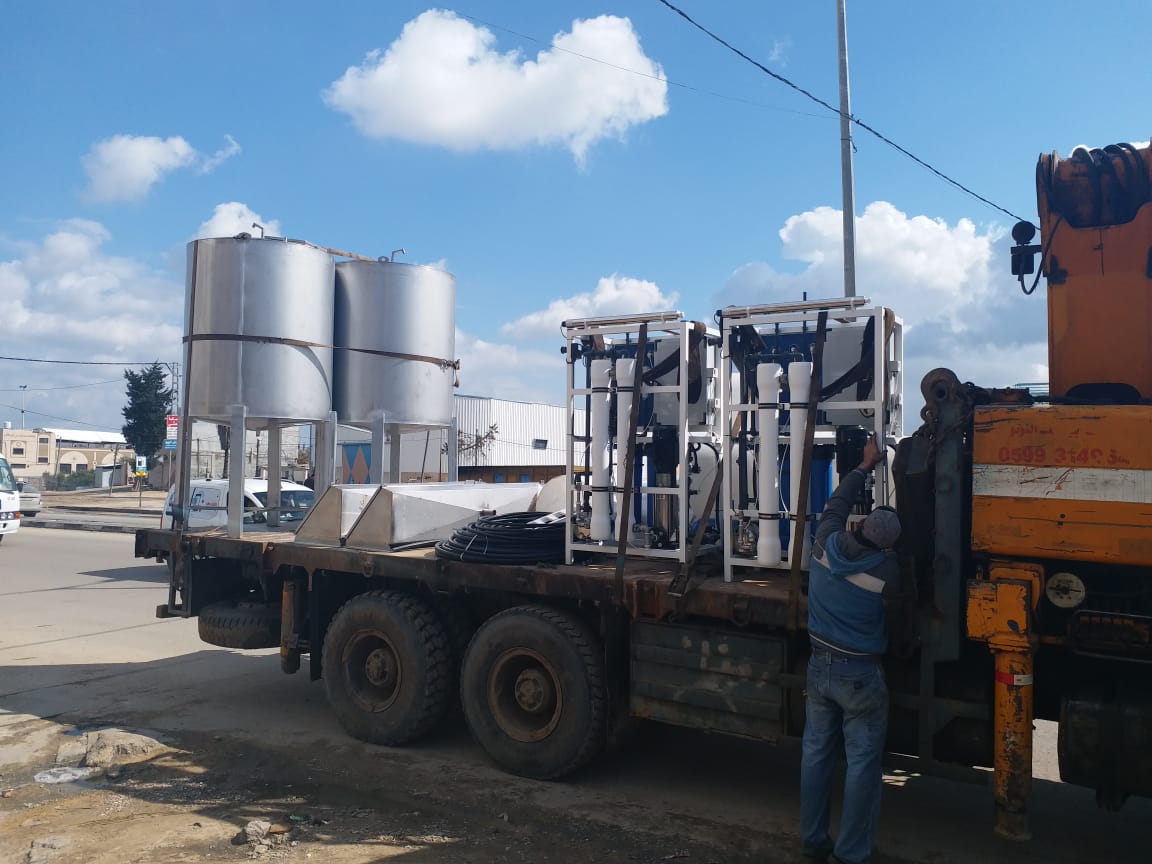 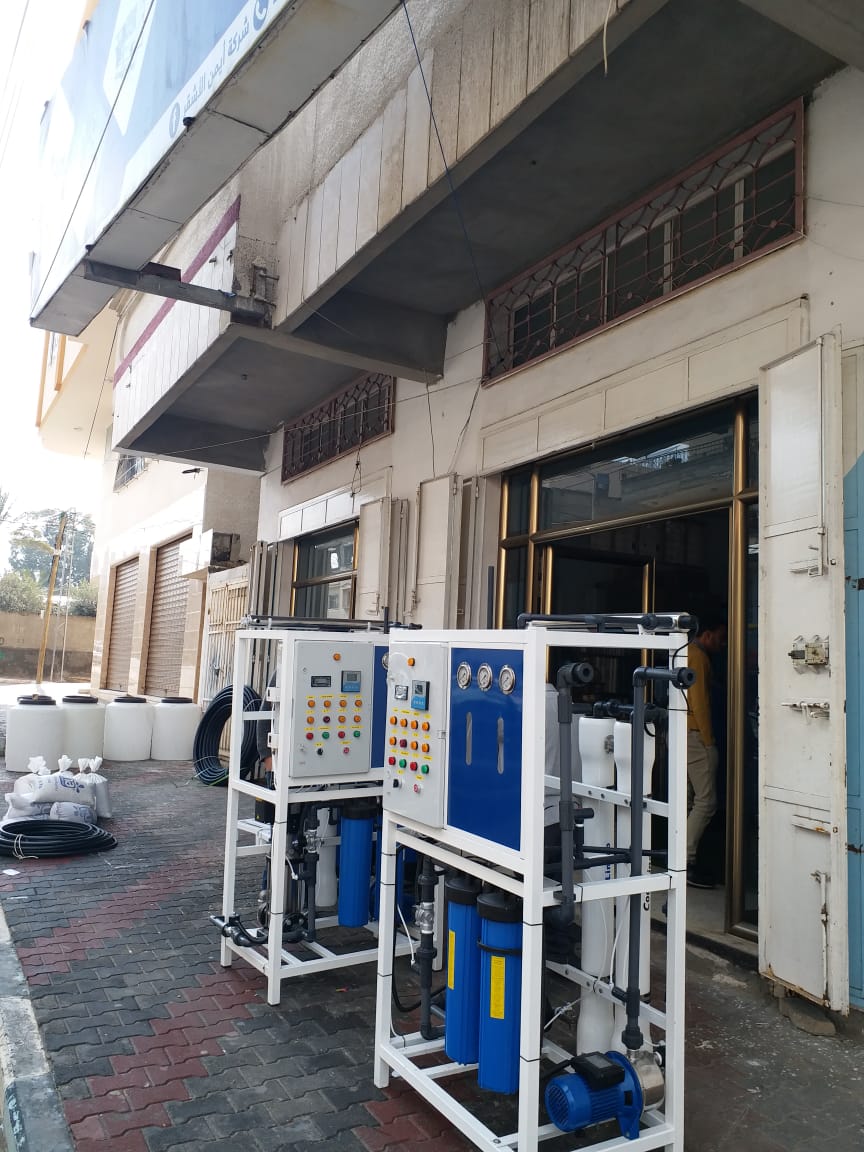 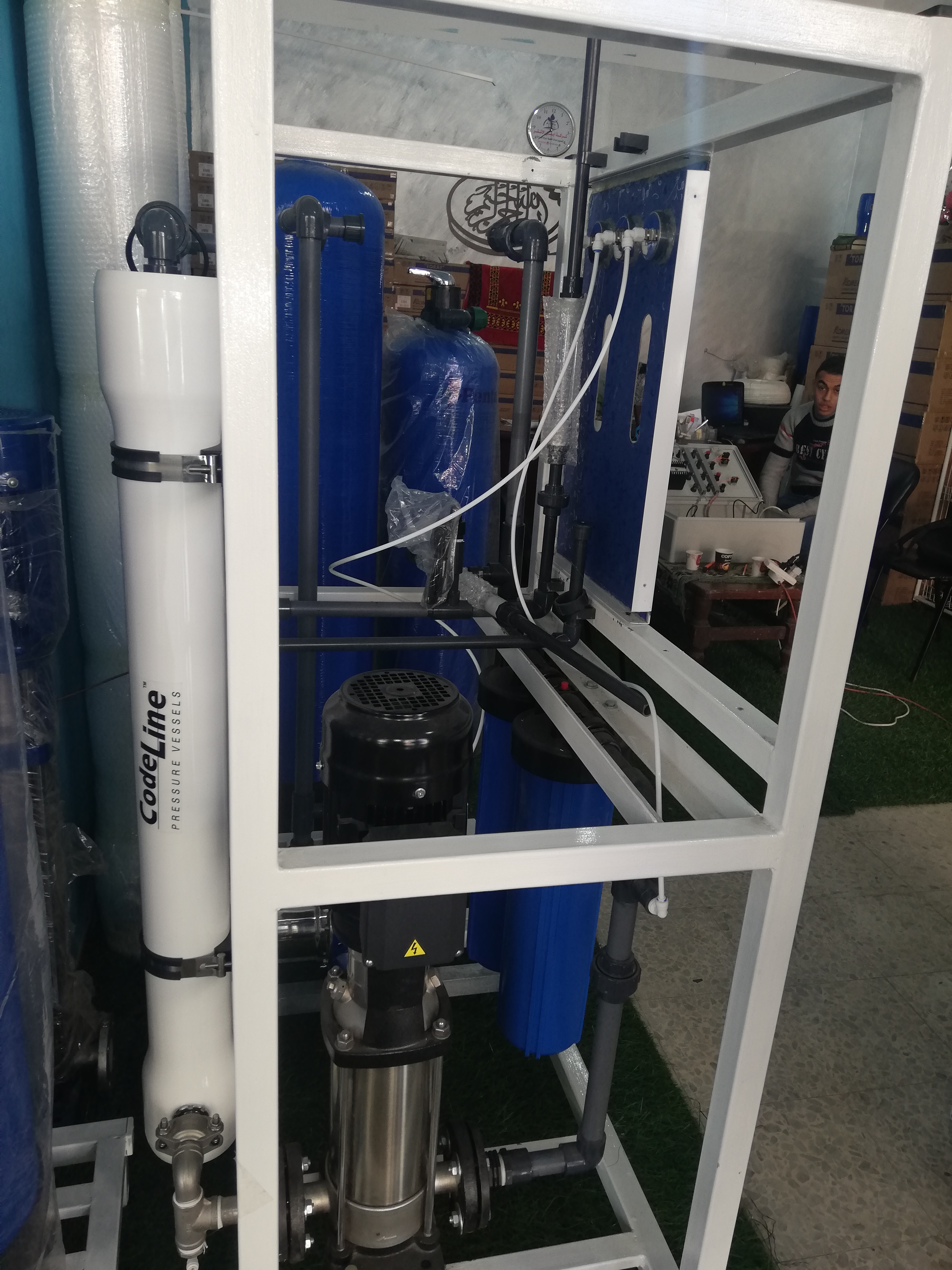 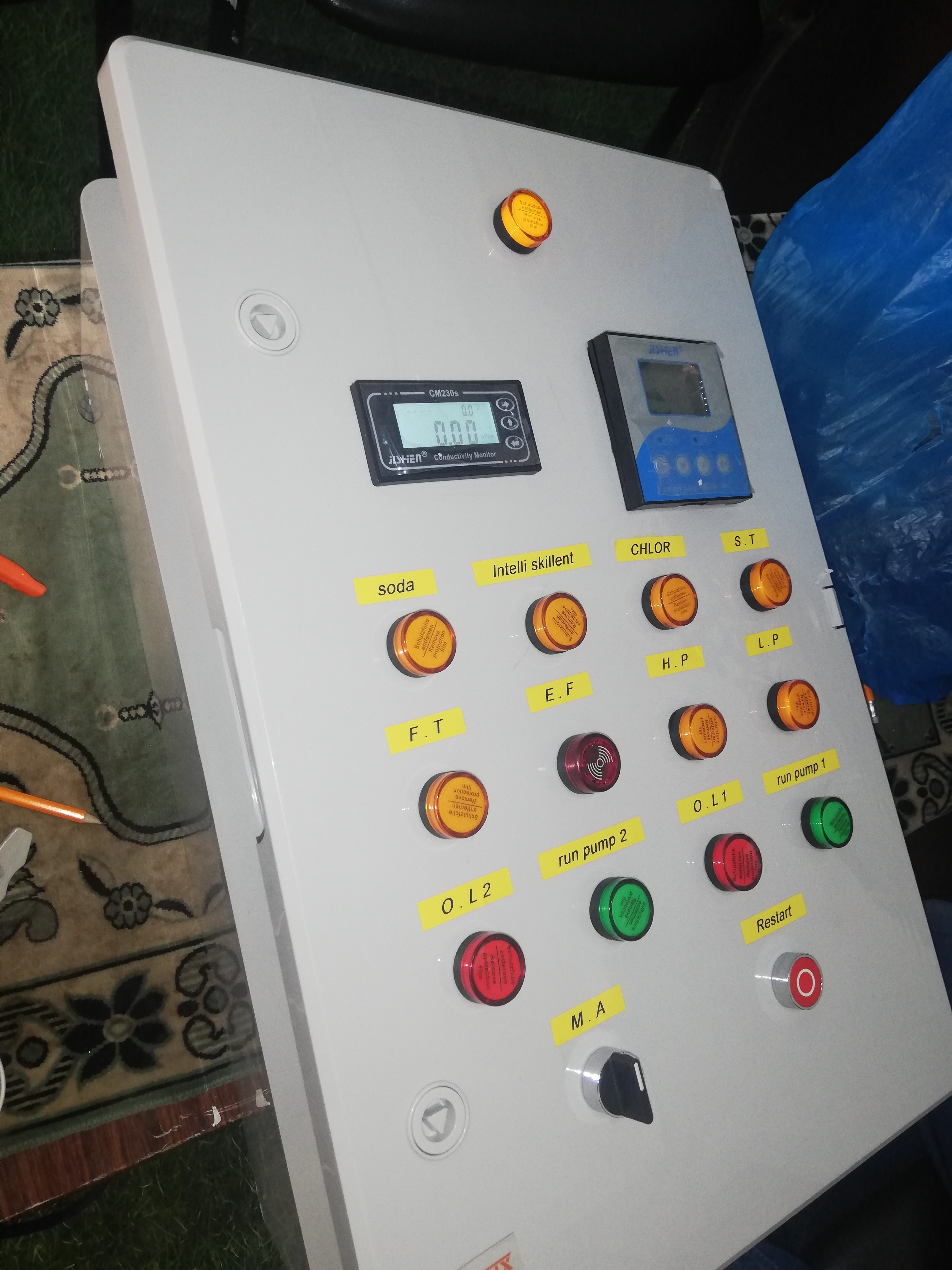 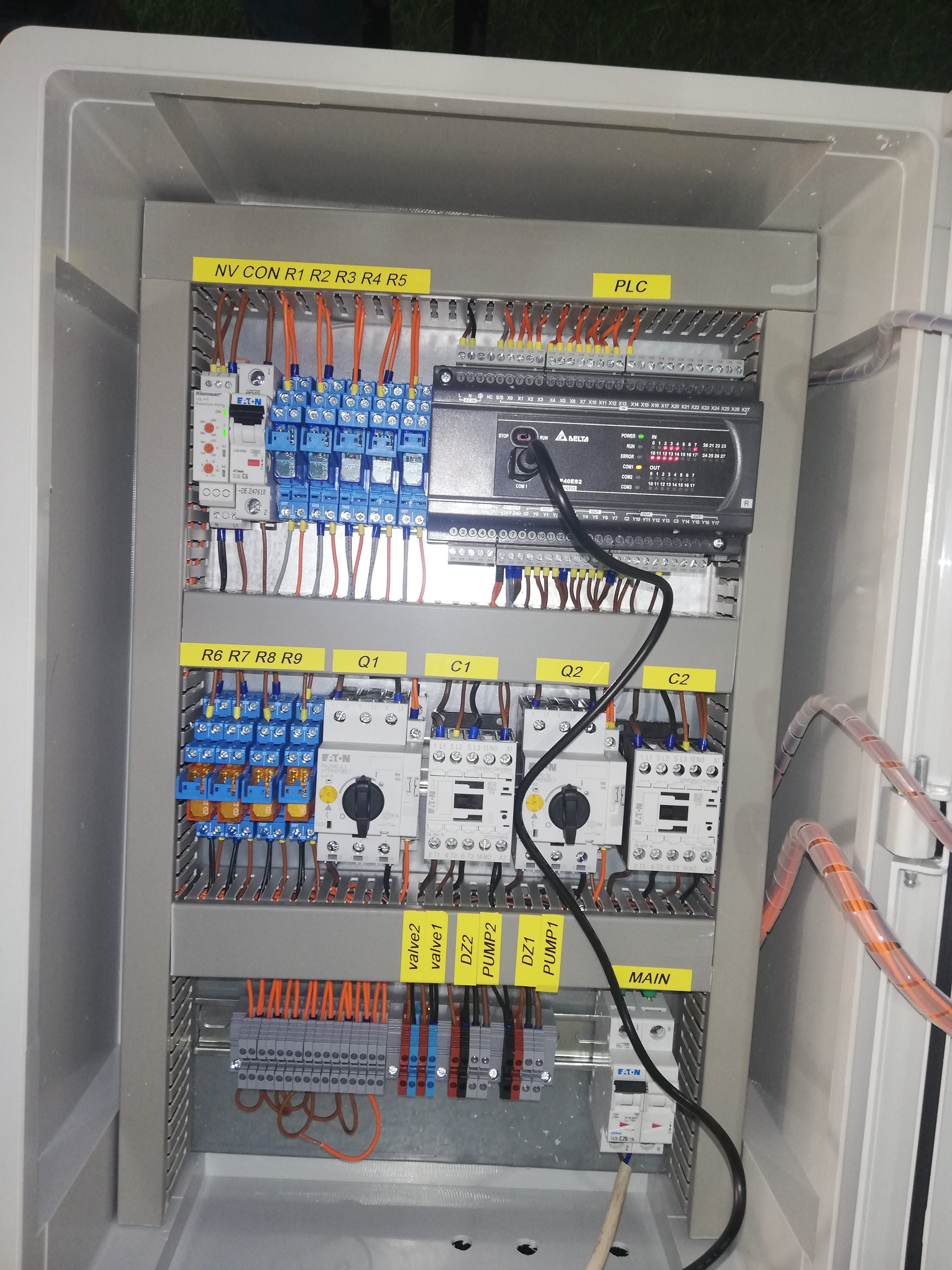 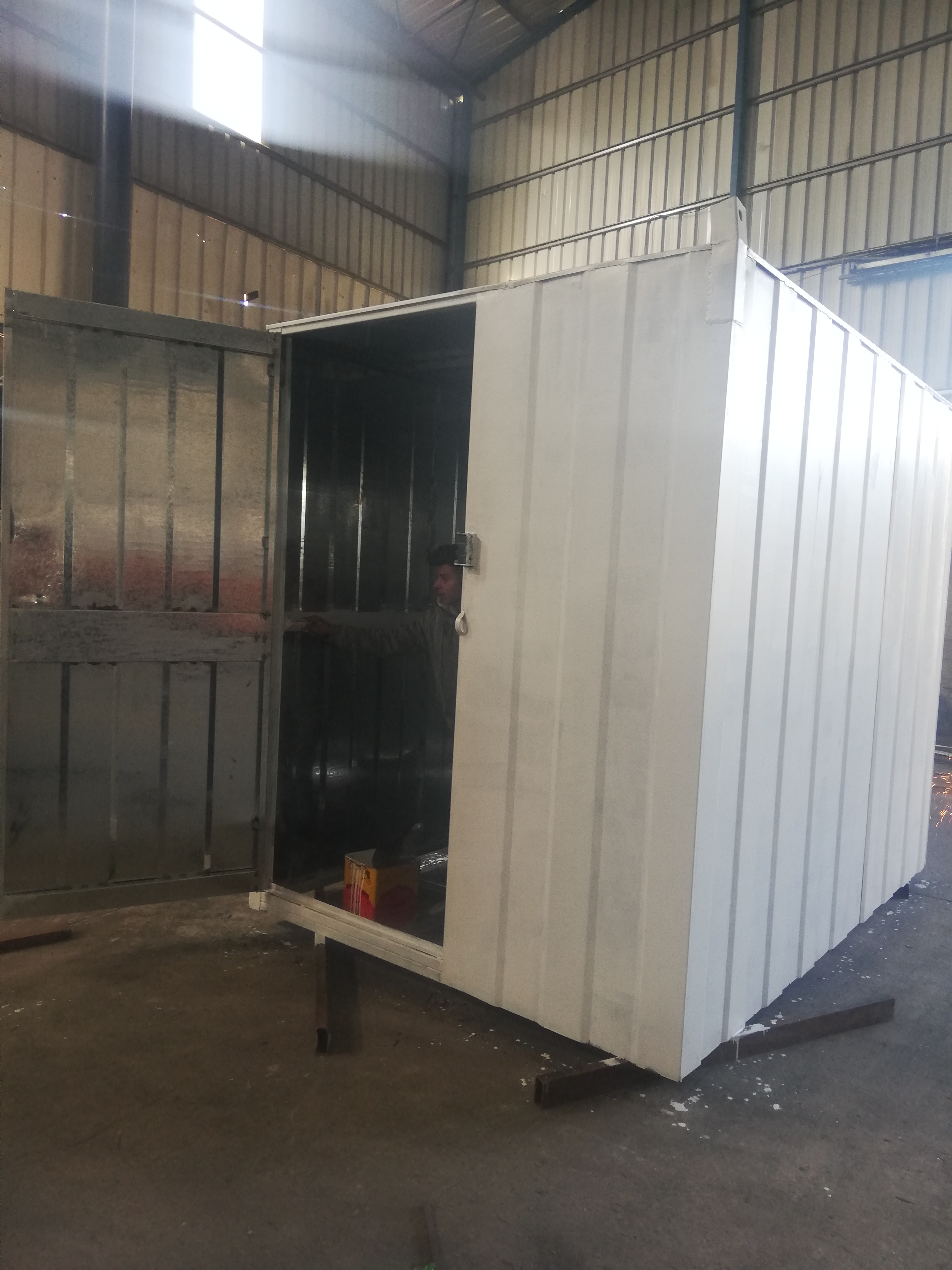