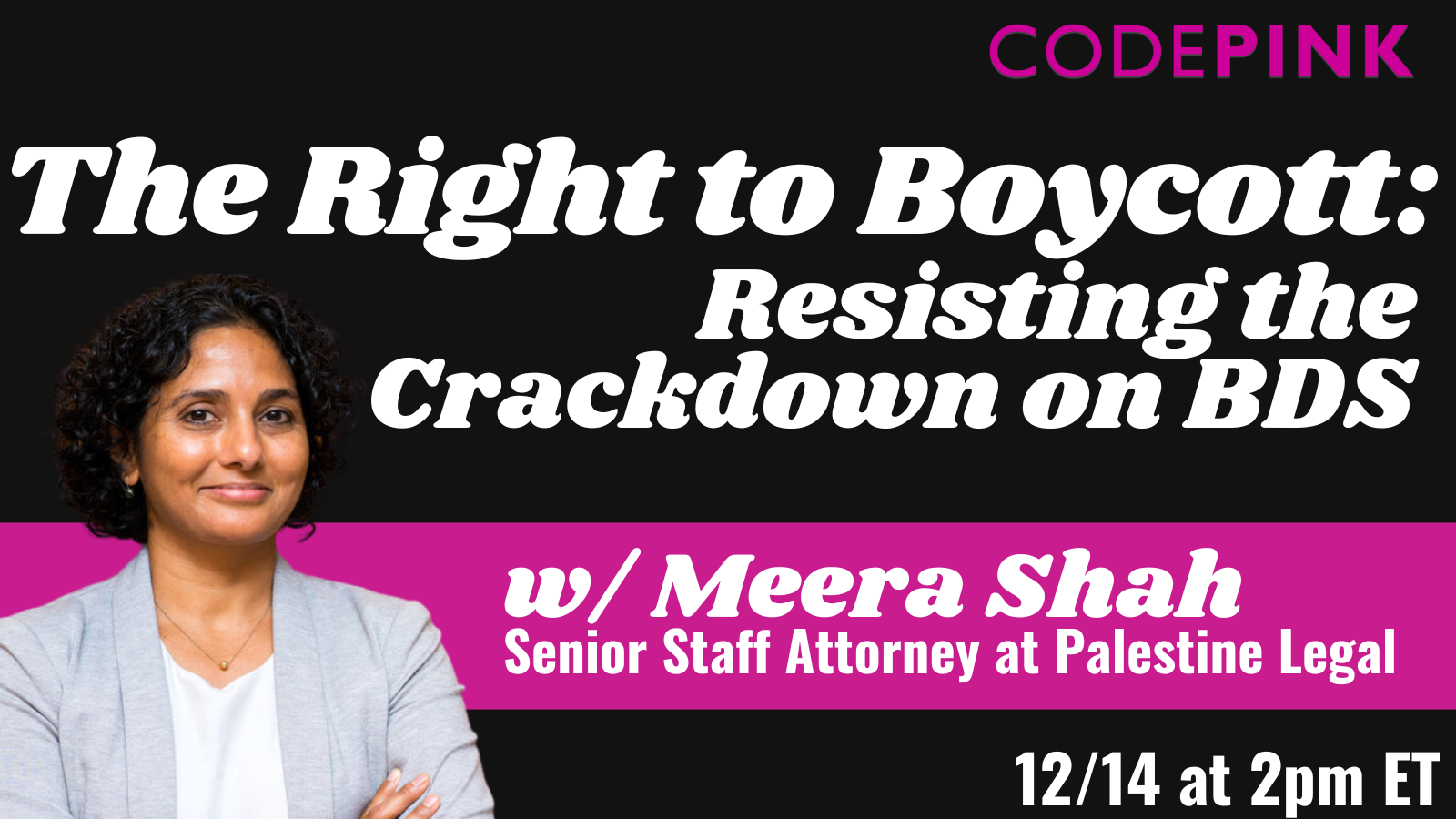 Dec 14: CODEPINK on The Right to Boycott