The first “One Book, Many Communities” event of 2016 will take place next month, focusing on Palestinian architect-humorist-scholar Suad Amiry’s Sharon and My Mother-in-Law.

The “One Book, Many Communities” project, coordinated by Librarians and Archivists with Palestine (LAP), is a book club that violates boundaries and borders. It launched in January 2015 with Susan Abulhawa’s Mornings in Jenin.

According to LAP’s Melissa Morrone, the project draws inspiration from “One Book, One Town” initiatives, where people in local communities come together to read and discuss a common book. By contrast, “One Book, Many Communities” is shared across many communities.

Amiry is an internationally recognized author and winner of Italy’s Nonino Prize for Promoting Peace. She has several funny books under her belt, including Golda Slept Here, Nothing to Lose But Your Life: An 18-Hour Journey with Murad, and her popular Sharon and My Mother-in-law.

From the review by Sarah Statz:

Anyone who’s ever dealt with senior citizens or in-laws, even if they haven’t had to do it under military occupation, will recognize and appreciate the brilliance of those [final] six pages. Amiry tells a personal story, using personal forms of communication, but she also provides flashes of the universal. Pretty impressive stuff, and entirely what one would expect from a woman who got through a Jerusalem checkpoint by flashing her dog’s passport and informing a soldier that “I am the driver of this Jerusalem dog.”

Adalah-NY: The New York Campaign for the Boycott of Israel, November 17, 2015

Adalah-NY is proud to announce the release of a new short video featuring eight leading artists, all with ties to New York, stating their support for the cultural boycott of Israel and calling on cultural workers to commit to Palestinian rights by pledging to uphold the boycott.

As part of the thoughtful, hopeful, and principled Palestinian-led Boycott, Divestment and Sanctions (BDS) movement, and out of respect for Palestinian self-determination, we affirm that “Brand Israel” is not welcome in New York and we commit to upholding the cultural boycott however we can. We will not participate in events sponsored by the Israeli government or complicit Israeli institutions in New York, Israel, or anywhere else. As a community of New York-based artists and cultural workers, we call on other artists and cultural workers to join this global movement until Israeli occupation, colonization, and apartheid have ended.

Ahmed Hamad is a Palestinian activist from Gaza who will be speaking on his personal experiences in occupied Gaza and how living under such oppressive conditions affects the Palestinian people.

Todd St Hill is an organizer with We Charge Genocide’s Cop Watch program, which trains and promotes on-the-ground recording of police activity. St. Hill came to Chicago from Washington, D.C. and will be drawing parallels between police violence in the two cities.

Kathy Villalon is a Ph.D. student here at UW-Madison in Education. She will be speaking on the injustices in Mexico, Ayotzinapa, the US/Mexico border, and Femicidios.

Join us on November 19th at 7pm in Sterling Hall 1310 to hear these three speakers help us see the great intersections between the different struggles.

John Quinlan talks with Sahar Abbasi Baidon, a mother of four and Women and Children Activities Coordinator at the Madaa Silwan Creative Center in East Jerusalem.

Sahar came to Madison on a national tour of Room Number 4, a photographic campaign prepared by the Madaa Silwan Center and War Child Holland to illustrate the violations of Palestinian children’s rights in East Jerusalem.

She shares stories from her experience and the importance of improving the life of children and women. Kathy Walsh from Madison-Rafah Sister City Project also joins the show to build awareness of the Israel-Palestinian conflict and help bring understanding between the two communities.

Josh Ruebner, US Campaign to End the Occupation, October 30, 2015 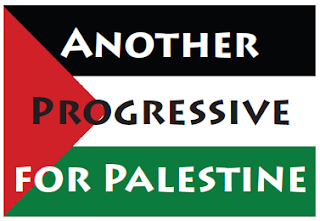 Thanks to designer Tsela Barr of member group Madison-Rafah Sister City Project for designing this resource.

The leftwing movement of criticism of Israel is getting more and more mainstream by the second. Everyone is walking the path; they’re just getting there a little later. The Washington Post, a hotbed of neoconservative ideas for the last 15 years, has another article harshly critical of Israel today, written by an Israeli. And guess what: that article along with yesterday’s article by the two prestige Jewish academics calling for boycott of Israel are the two “most-read” articles on the Post list this morning!

This one tops the list: novelist Assaf Gavron’s article titled, “Confessions of an Israeli Traitor.” It turns out that Max Blumenthal’s portrait of a rightwing Israel was an accurate one:

The internal discussion in Israel is more militant, threatening and intolerant than it has ever been. Talk has trended toward fundamentalism ever since the Israeli operation in Gaza in late 2008, but it has recently gone from bad to worse. There seems to be only one acceptable voice, orchestrated by the government and its spokespeople, and beamed to all corners of the country by a clan of loyal media outlets drowning out all the others. Those few dissenters who attempt to contradict it — to ask questions, to protest, to represent a different color from this artificial consensus — are ridiculed and patronized at best, threatened, vilified and physically attacked at worst. Israelis not “supporting our troops” are seen as traitors, and newspapers asking questions about the government’s policies and actions are seen as demoralizing…

Facebook pages calling for violence against left-wingers and Arabs appear frequently, and even when they’re taken down, they pop up again in one guise or another. Any sentiment not aligned with the supposed consensus is met with a barrage of racist vitriol. One Facebook group calling itself the Shadow Lions discussed how to disrupt a wedding between an Arab and a Jew, posting the groom’s phone number and urging people to call and harass him. On Twitter and Instagram, hashtags like #leftiesout and #traitorlefties abound. Film director Shira Geffen, who asked her movie audiences for a moment of silence to respect Palestinian children killed in an Israeli offensive, was flayed across Israeli social networks. “Shame,” a new and brilliant play by actress Einat Weitzman, brings to the stage a selection of the hateful comments she received after wearing a T-shirt bearing the Palestinian flag. One example from the play: “If the baby that was murdered was yours I wonder which flag you would put on yourself. Now step on it and get your ugly head back to your tiny apartment and bury yourself from the shame until you die there alone and maybe in your funeral we will ask the Jihad to read verses from the Koran.”

Gavron is in Omaha this year. He denounces Netanyahu’s Holocaust revisionism and the extrajudicial executions by Israeli law enforcement:

what I hear and read from Israel leaves me appalled. Again led by politicians from the right (with the perplexing support of members of the supposed opposition, such as Yair Lapid), then circulated by the sensationalist mainstream media, there has been a unified demonization of Palestinians and Israeli Arabs. One recent poll by the newspaper Maariv found that only 19 percent of Israeli Jews think most Arabs oppose the attacks. This past week, the trend reached its absurd peak, with Prime Minister Benjamin Netanyahu’s ridiculous claim that Hitler decided to annihilate the Jews only after being advised to do so by Jerusalem Mufti Haj Amin al-Husseini, the leader of Palestinian Arabs at the time. ..

There have been calls to kill attackers in every situation, in defiance of the law or any accepted rules of engagement for the military. Lapid, for example, said in an interview, “Don’t hesitate. Even at the start of an attack, shooting to kill is correct. If someone is brandishing a knife, shoot him.” Minister of Public Security Gilad Erdan also gave his blessing to that notion. And the head of the Jerusalem police department, Moshe Edri, announced, “Anyone who stabs Jews or hurts innocent people is due to be killed.” Knesset member Yinon Magal tweeted that authorities should “make an effort” to kill terrorists who carry out attacks.

Such sentiment has led to incidents like the death in East Jerusalem of Fadi Alloun, suspected of a knife attack but shot by police as they had him surrounded. Sometimes, it backfires: This month, a Jewish vigilante near Haifa stabbed a fellow Israeli Jew who he thought was an Arab. Late Wednesday, soldiers killed an Israeli Jew whom they mistook for a Palestinian attacker.