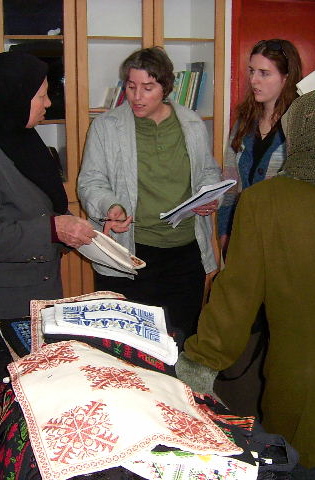 During a visit to the Human Appeal Organization in Rafah, Su’ad Abu Khatla commented that there are many beautiful, hand-made crafts in Rafah, but no market in which to sell them.

Now the Madison-Rafah Sister City Project has partnered with the Rafah branch of the General Union of Palestinian Women to bring beautiful embroidered handicrafts to Madison. These fair-trade crafts help support the women and their families, and help ensure that the art of Palestinian embroidery continues to flourish.

Palestinian embroidery, or al-Tatreez, is an integral part of the Palestinian geographical and cultural landscape. Historically it has been possible to identify the specific region in Palestine where the embroidery was made, and the status of the person owning or wearing the embroidery, based on the color combinations of the thread and the design and color of the cloth. 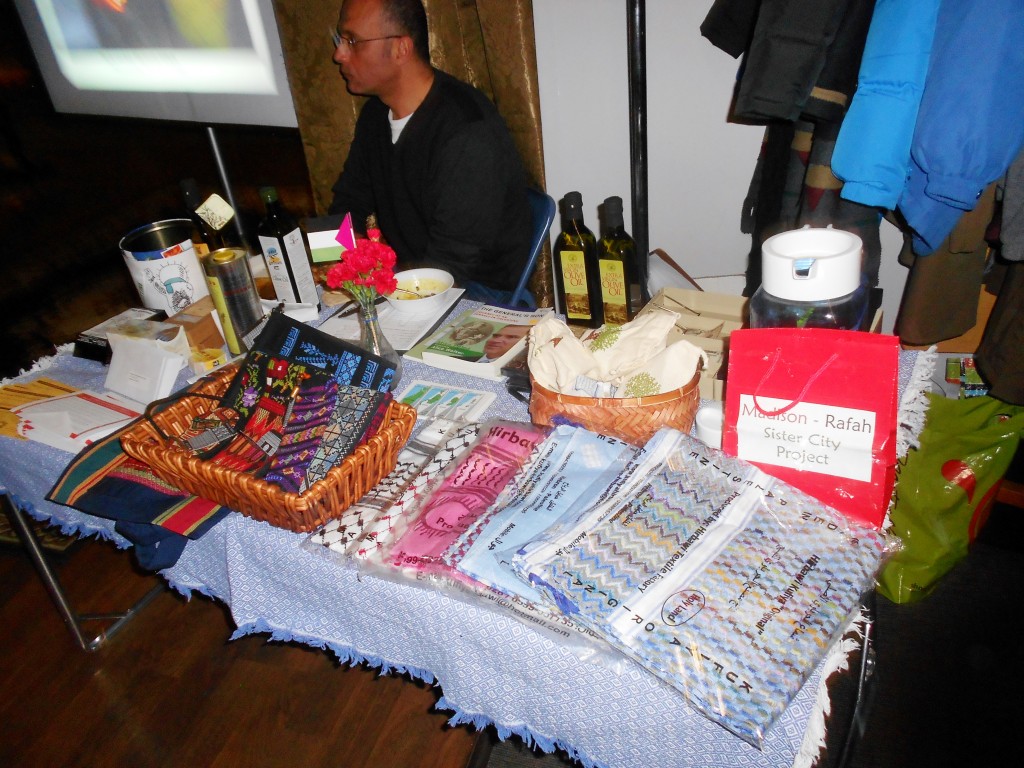 Madison-Rafah Sister City Project (MRSCP) was founded in 2003 to foster people-to-people relationships between the citizens of Madison and Rafah. Located on the border with Egypt, Rafah’s economy and city infrastructure have been devastated by Israel’s occupation. MRSCP has focused its efforts on both humanitarian aid and community education, including lectures and films on the conflict in Israel-Palestine.

For more information on buying crafts or donating to this project, contact

Checks to “Madison-Rafah Sister City Project” with the memo “Crafts” can be mailed to the address above.

This project requires the help of people with persistence, dedication to fair trade and global exchange, and an interest in advancing the cause of women in Palestine. For further information, contact RafahSisterCity (at) yahoo.com. 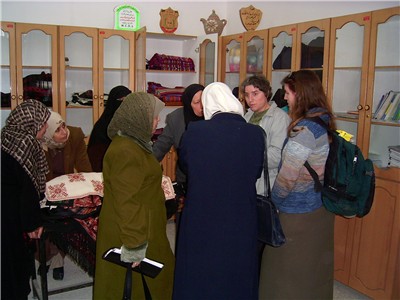