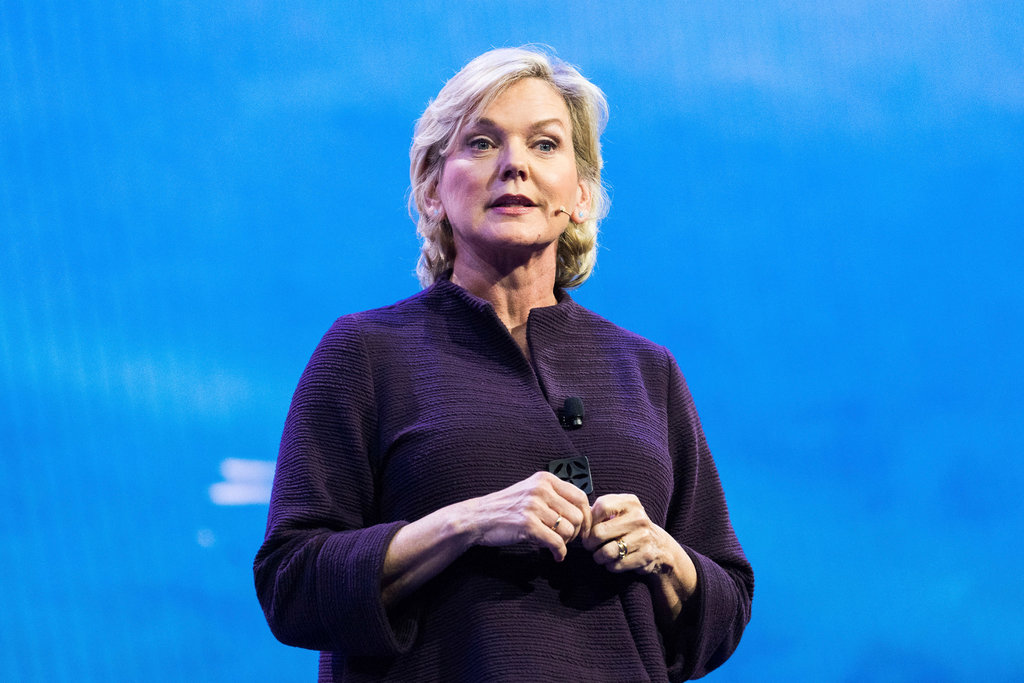 WASHINGTON — Several prominent veteran Democrats, alarmed by the party’s drift from its longstanding alignment with Israel, are starting a new political group that will try to counter the rising skepticism on the left toward the Jewish state by supporting lawmakers and candidates in 2020 who stand unwaveringly with the country.

With polls showing that liberals and younger voters are increasingly less sympathetic to Israel, and a handful of vocal supporters of Palestinian rights arriving in Congress, the new group — the Democratic Majority for Israel — is planning to wage a campaign to remind elected officials about what they call the party’s shared values and interests with one of America’s strongest allies.

“Most Democrats are strongly pro-Israel and we want to keep it that way,” said Mark Mellman, the group’s president and a longtime Democratic pollster. “There are a few discordant voices, but we want to make sure that what’s a very small problem doesn’t metastasize into a bigger problem.”

The group, whose board includes former Michigan Gov. Jennifer Granholm and a former Clinton administration housing secretary, Henry Cisneros, will create a political action committee later this year and may engage in Democratic primaries, Mr. Mellman said. They also are planning an “early states project” with the goal of organizing pro-Israel Democrats in the first nominating states to lobby the party’s presidential hopefuls.

For many traditional Democratic supporters of Israel, there is a deepening concern that voters in America’s two major political parties appear to be moving apart in how they view the country.

As Republican backing for Israel surges thanks to the rise of evangelicals in their coalition and President Trump’s close alignment with Israeli Prime Minister Benjamin Netanyahu, an increasingly liberal Democratic Party is growing more uneasy with a country they see as an oppressor of a marginalized group, the Palestinians.

The shift on Israel reflects the larger Democratic tilt toward a brand of leftist politics that is creating tensions between the party’s old guard and an ascendant progressive wing that has been emboldened by Mr. Trump’s inflammatory politics and the perceived compromises and failures of an earlier generation of moderates.

While the overwhelming majority of congressional Democrats are strong supporters of Israel, the party’s pro-Israel wing has been jolted by election of a pair of high-profile freshman, Representatives Ilhan Omar of Minnesota and Rashida Tlaib of Michigan, who support the boycott, divestment and sanctions movement against the country.

Ms. Omar was appointed to a seat on the House Foreign Affairs Committee, which drew scorn from Republicans but offers her a prominent perch in the debate over Middle East policy. And Ms. Tlaib drew widespread attention earlier this month when somebody in her office placed a Post-it note that read “Palestine” over Israel on a map in her office.

But they are hardly alone among the newer Democratic lawmakers in taking, at least, a more nuanced view of Israel. Representative Alexandria Ocasio-Cortez of New York has called the “occupation of Palestine” a humanitarian crisis, and other progressives like Representative Pramila Jayapal of Washington have not hesitated to criticize Israel’s use of force against Palestinian protesters.

According to a survey conducted earlier this month by Pew, the share of liberal Democrats who sympathized more with Israel than Palestinians has plummeted from 33 percent to 19 percent in just three years.

“Israel was once seen as much more of the David in the struggle,” Mr. Mellman said. “Now Palestinians are seen as the more put-upon group.”

Attempting to confront this new generation of Israel skeptics in Congress, the Democratic Majority for Israel is firing back with statements of support from other, young Democratic lawmakers who support the party’s traditional ties to the Jewish state. 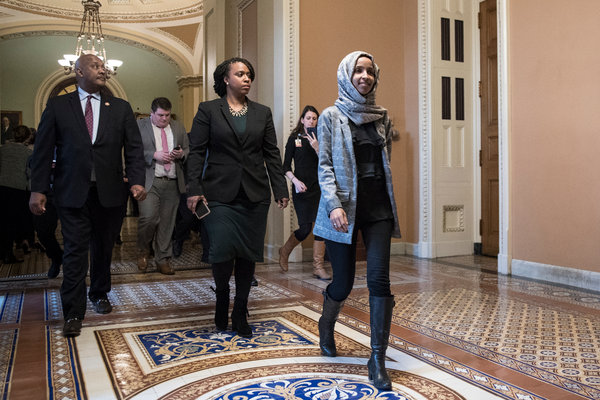 Representative Ilhan Omar, a Minnesota Democrat, was appointed to a seat on the House Foreign Affairs Committee, which offers her a prominent perch in the debate over Middle East policy. (Sarah Silbiger/The New York Times)

“The relationship between the United States and Israel is a special one that is rooted in shared values, an important strategic partnership in the Middle East, perhaps the world’s toughest neighborhood, and a mutual commitment to a lasting two state solution,” said Representative Hakeem Jeffries of New York, the fourth-ranking Democrat and a potential future speaker. “I look forward to working with the Democratic Majority for Israel as it advances the unbreakable US-Israel bond into the future.”

Mr. Jeffries could also be one of the first beneficiaries of the new group. If there is an effort to take on Mr. Jeffries in a primary, as has been speculated about, officials close to Mr. Mellman’s group indicate that they would come to his defense.

Beyond individual races, the more fundamental challenge pro-Israel Democrats are confronting is that many millennials are growing far more wary of Israel and particularly the Netanyahu government. The Pew poll indicated that while 56 percent of voters over 65 sympathized more with Israel than the Palestinians, only 32 percent of those under the age of 30 who were surveyed said they felt the same way.

“My generation sees the occupation and what’s happening in Israel-Palestine as a crisis the same way we do climate change,” said Simone Zimmerman, 28, a co-founder of a progressive group, IfNotNow, that opposes what it calls Israel’s occupation of Palestinian territories. Ms. Zimmerman scorned what she called “the Trump-Netanyahu” alliance and said “too many in the American Jewish establishment and the Democratic establishment have let them off the hook.”

To stalwart backers of Israel, such as Representative Eliot Engel of New York, some younger Democrats are simply too far removed from the horrors of the Holocaust and the 1948 creation of the Jewish state.

“They have had a different experience than my generation had or that my parents’ generation had,” said Mr. Engel, the chair of the House Foreign Affairs Committee.

As for the controversial B.D.S. movement, which until recently few mainstream Democrats would dare embrace, Mr. Mellman said his group was “strongly opposed” to any such measures. But he was also critical of the effort by Senate Republicans to affirm the right of local and state governments to break ties with companies that attempt to boycott or disinvest from Israel (the measure is expected to be passed Wednesday).

“We are strongly opposed to using Israel and B.D.S. as some kind of partisan wedge,” he said.

Mr. Mellman will be joined at the group by co-chairs Ann Lewis, another veteran Democratic strategist, and Todd Richman, a J.P. Morgan executive and Democratic fund-raiser.

They would not say how much they would spend in the 2020 election, but Mr. Mellman said the group has “substantial” financial backing and planned to “be around for years.”

If so, they could become a formidable counterweight to the advocacy group J Street, which, while not officially partisan, has sought to nurture support for Democrats who are uncomfortable with aggressively pro-Israel groups like the American Israel Public Affairs Committee, known as AIPAC.

Some Jewish Democrats have suggested that Mr. Mellman’s group represents a Democratic arm of AIPAC, though he said they are “separate and independent.”

J Street donated just under $5 million to candidates in the 2018 election and Jeremy Ben-Ami, the group’s president, said they would at least match that in 2020.

“The idea that the Democratic Party should just support the Netanyahu government, right or wrong, is out of line with where American Jews are at and where Jewish Democrats are at,” Mr. Ben-Ami said.

But Mr. Mellman said Democratic candidates should know there exists “a strong reservoir of support” in the party for a traditionalist stance on Israel.

“Our first choice is to educate and persuade,” he said, before vowing: “If there’s a political and intellectual battle to be waged, we’re here to wage it.”