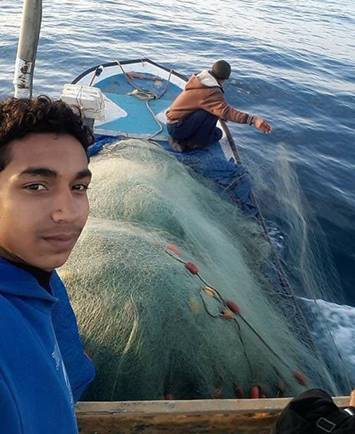 The Israeli authorities continued to detain the corpse of fisherman Isma’il Saleh Abu Riyalah (18), who was killed by Israeli naval forces on Sunday, 25 February 2018, and refuse to hand his corpse in order to be burried in the Gaza Strip. The Palestinian Center for Human Rights (PCHR) calls upon the Israeli authorities to immediately release the body of the fisherman to enable his family to bid farewell and bury him in an appropriate way according to the Islamic rituals. PCHR confirms that the detention of the fisherman’s body violates the fundamental rights of the victim and his family, considering it unjustifiable and immoral.

PCHR, as the legal representative of the family of victim Ismail Abu Riyalah, continues its communication with the competent Israeli authorities as part of its efforts to return the fisherman’s body. PCHR’s efforts have started immediately after the incident occurred and communicated with the Israeli Liaison to know about the fate of three fishermen, who were on a boat at which the Israeli naval forces opened fire. The Israeli Liaison informed PCHR that one of the fishermen and the 2 others were wounded and later released.

In light of the above, on 27 February 2018, PCHR sent a letter to the Israeli Public Prosecution, which is a pre-trial procedure (i.e. before filing an appeal to the court) to release the fisherman’s body and hand it to his family so they can bury him in the Gaza Strip. Until the reporting period, PCHR has not received any response from the Israeli Public Prosecution and the fisherman’s body is still under the Israeli custody.

Isma’il Saleh Abu Riyalah (18) was killed on Sunday after the Israeli naval forces opened fire at a fishing boat sailing within 3 nautical miles off the Gaza Strip shore. Moreover, Mahmoud ‘Adel Abu Riyalah (19) and ‘Ahed Hasan Abu Riyalah (24) were wounded. They were then arrested and their boat sustained damage by the Israeli forces.

It should be noted that at approximately 06:00 before the shooting incident, the Israeli gunboats sailed towards the fishing boat. They approached the fishing boat, took photos of the fishermen, and left. After 9 hours at approximately 15:30, the gunboats came back and fired live and rubber bullets at the boat without warning the fishermen, confirming the intention of the Israeli naval forces to target the fishermen and inflict damage.

PCHR strongly condemns the Israeli ongoing attacks against Palestinian fishermen in the Gaza Strip and calls upon the Israeli authorities to immediately release the corpse of fisherman Isma’il Saleh Abu Riyalah and enable his family to bid farewell and bury him in an appropriate way according to the Islamic rituals.