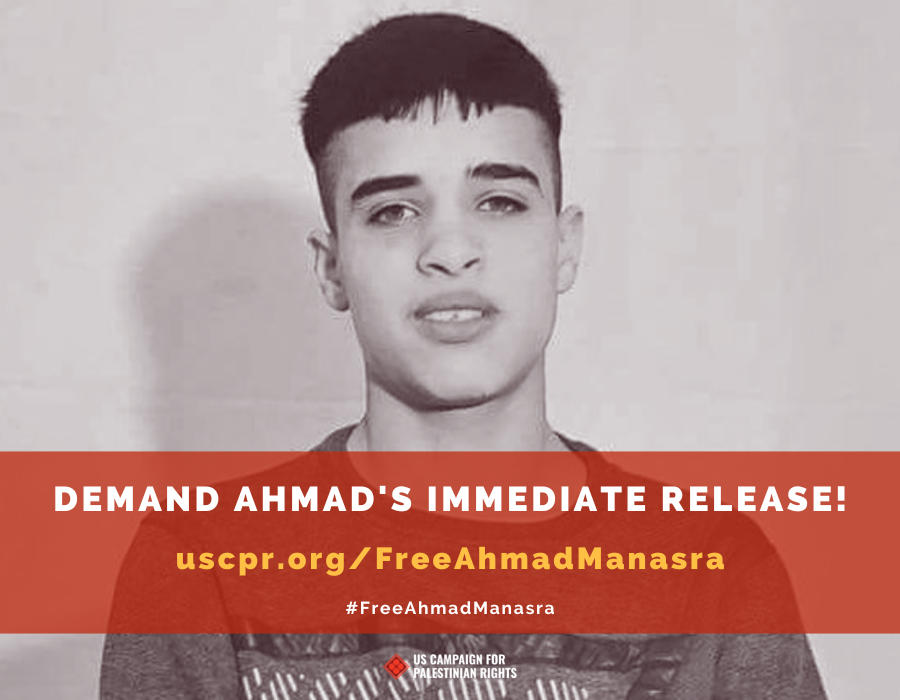 For the past seven years, since he was only 13, Ahmad Manasra has been imprisoned by Israel, where Israeli authorities have abused him, tortured him, and are now holding him under solitary confinement.

Ahmad never should have been unjustly imprisoned in the first place. Now he has been subjected to the Israeli military and prisons’ brutal violence over and over with severe consequences on his physical and mental health.

Raise your voice now to demand Ahmad’s immediate release! Use this click-to-tweet tool and tell your members of Congress to speak up to #FreeAhmadManasra.