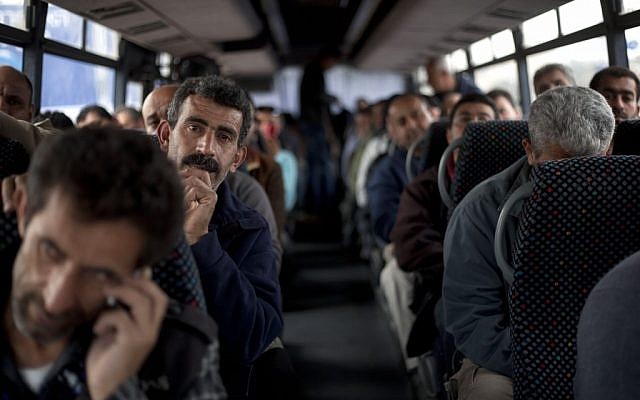 A public transportation company apologized on Tuesday after it was revealed that one of its drivers had removed 50 Palestinian workers from his bus at the behest of several Jewish passengers who refused to ride with Arabs onboard.

Tnufa issued the apology after it was approached by the Haaretz daily, which had spoken with one of the Palestinian passengers, many of whom were forced to find alternative, more expensive routes back to their homes in the West Bank last Thursday.

The Palestinian passenger, speaking on condition of anonymity, told Haaretz that he and a group of other construction workers waited at Tel Aviv’s Hamasger Junction for Bus 288 back to the West Bank only to see several of those buses pass them without stopping. Eventually, an empty bus stopped for them and roughly 50 Palestinian workers got on.

The bus company claimed that it conducted an investigation after the Haaretz inquiry and found that one of the Jewish passengers pretended to be a Transportation Ministry employee and intimidated a recently hired driver into kicking the Palestinians off the bus. The imposter told the driver he would lose his job or be heavily fined if he didn’t comply, Tnufa’s CEO Mikhael Kopilovsky claimed.

“The company apologizes to the passengers for the unfortunate incident,” Kopilovsky said, adding that “many of our drivers and workers at the company are Arabs.”

Route 288 travels between the Tel Aviv central bus station and the Ariel settlement and is supposed to serve both Israelis and Palestinians going to and from the West Bank.

Over 100,000 Palestinians in the West Bank hold permits to cross into Israel and West Bank settlements where they work in fields such as construction and gardening, earning higher wages than they would likely receive in Palestinian Authority-controlled areas while also becoming essential parts of the Israeli economy. 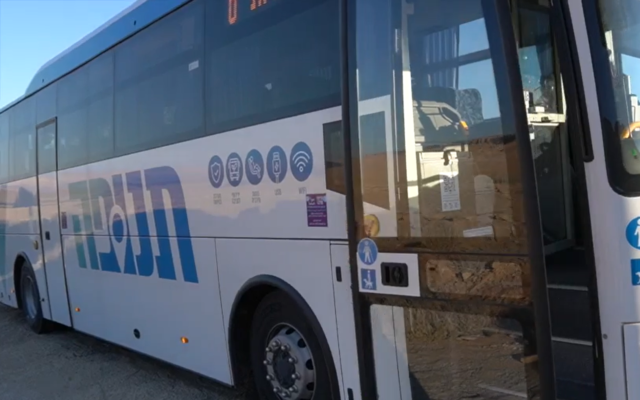 Tnufa denied in a statement to Haaretz that it has separate bus lines for Jews and Arabs, which would be a violation of Israeli law.

In 2015, then-prime minister Benjamin Netanyahu suspended a Defense Ministry pilot plan that would have banned Palestinians with work permits from using Israeli buses to enter the West Bank.

The plan was fiercely criticized by opposition politicians and others at the time, who claimed that it constituted an “apartheid” policy.