Following his recent trip to Israel and Palestine

Earlier this summer Rep. Mark Pocan went on a delegation trip to Israel/Palestine with several other members of Congress. Come spend your lunch hour with Mark and find out what he saw, heard, and learned on this historic fact-finding mission.

This event is sponsored by Jewish Voice for Peace-Madison, Madison-Rafah Sister City Project, the American Friends Service Committee of the Madison Friends’ Meeting, Bright Stars of Bethlehem, and Pilgrims of Ibillin. Free and open to the public.

Info? E-mail madison at jewishvoiceforpeace.org, or Jewish Voice for Peace-Madison on Facebook.

Please RSVP to Donna Wallbaum at dwallbaum at gmail.com by Friday, August 19 to help with our planning.

Please mark your calendars for this important event. Even though its over the lunch hour (and there’s food!), we realize a daytime event is obviously not good for many folks. We were fortunate to get this time given Rep. Pocan’s busy schedule, and we really hope to see as many of you there as possible.

Space and parking are limited, so please arrive early. If the parking lot is full, there are two city ramps nearby. [Map]

Gaza’s plight matters to the world 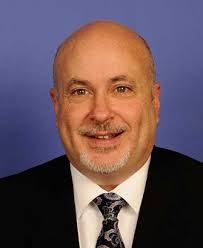