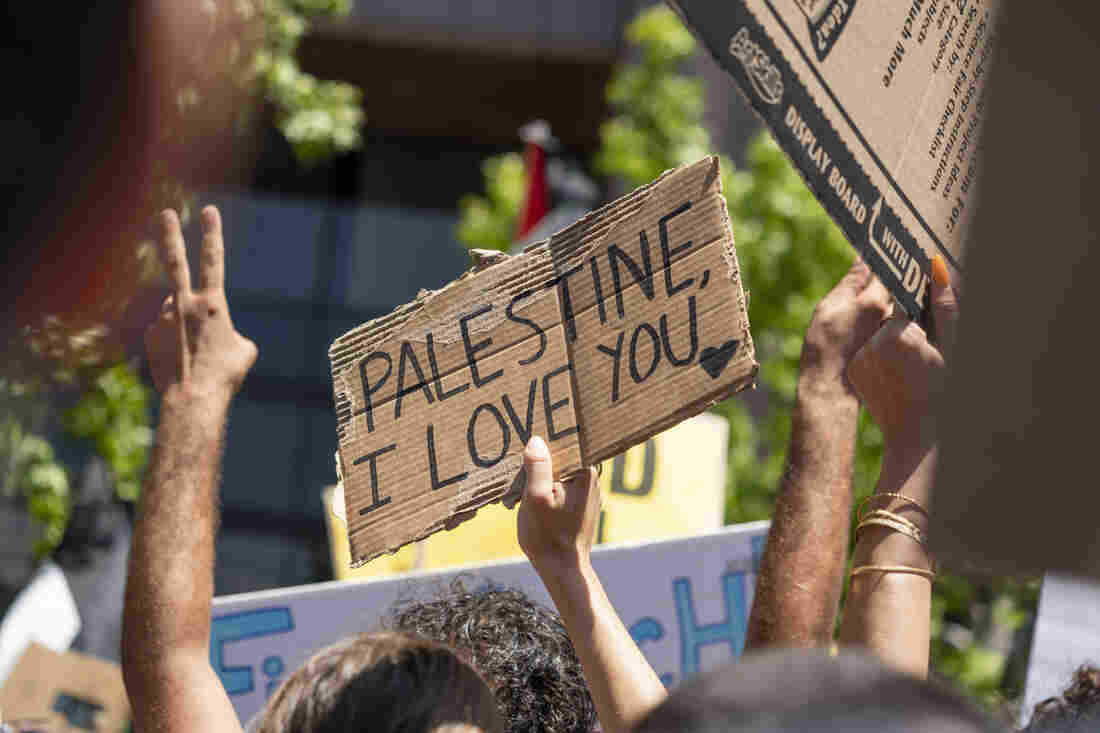 Crowds gather Tuesday at the Israeli Consulate in Los Angeles, in solidarity with a general strike by Palestinians in Israel, the West Bank and the Gaza Strip. Justin L. Stewart/Anadolu Agency via Getty Images

In cities across the U.S., overwhelmingly pro-Palestinian protesters have taken to the streets in solidarity with Palestinian civilians caught in the ongoing violence between Israel and Hamas.

From Dearborn, Mich., where demonstrators booed President Biden on Tuesday over the administration’s policy toward Israel, to outside the Israeli Embassy in Washington, crowds gathered to demand an end to Israeli attacks that have killed 219 people in Gaza, according to health officials.

Supporters of Israel have also demonstrated in cities such as Los Angeles and New York since the latest conflict erupted 10 days ago, though in far fewer numbers. Thousands of Hamas rockets launched at Israel have killed 12 people, according to the government.

Outside the Israeli Embassy in Washington on Tuesday, protesters were draped in the black, white and green of the Palestinian flag. They chanted against the U.S. alliance with Israel and read the names of Palestinians killed in the latest burst of violence over a public address system.

Among those who gathered outside the embassy was Taher Herzallah, an activist who said he had learned only hours earlier that his relatives in Gaza lost their home in an airstrike. They were unharmed. Still, Herzallah said he wants the lives lost to be known as more than just a death toll.

Similar rallies were held in at least 22 cities across North America over the weekend, including in New York City, Philadelphia, Chicago and Dallas. 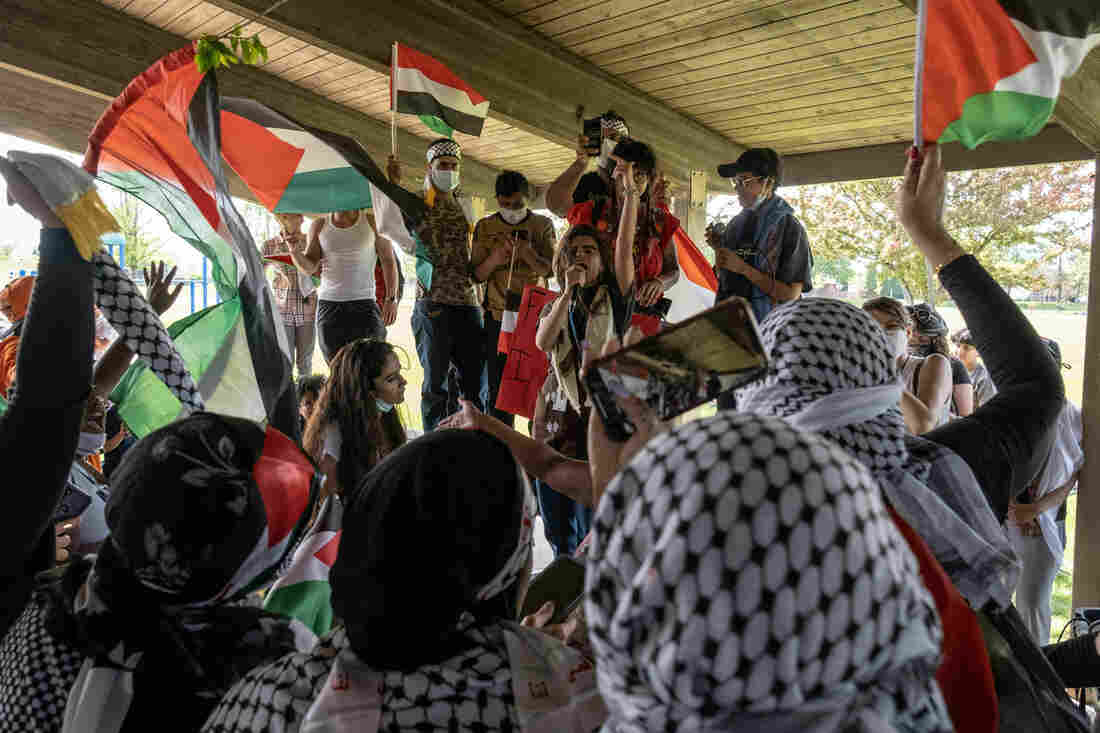 Protesters objecting to U.S. policy toward Israel gather Tuesday at Lapeer Park in Dearborn, Mich., during a visit by President Biden to a nearby Ford Motor Co. plant. Seth Herald/AFP via Getty Images 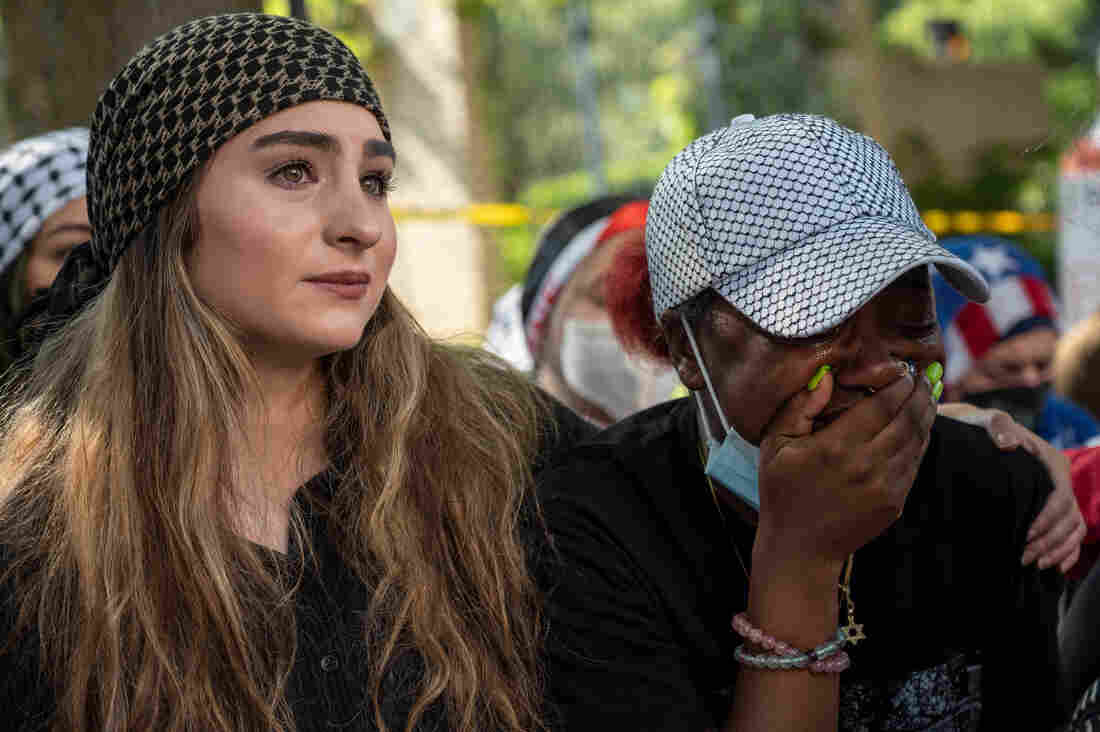 A woman cries as the names of Palestinian children killed in the fighting in Gaza are read during a protest Tuesday in front of the Israeli Embassy in Washington. Andrew Caballero-Reynolds/AFP via Getty Images 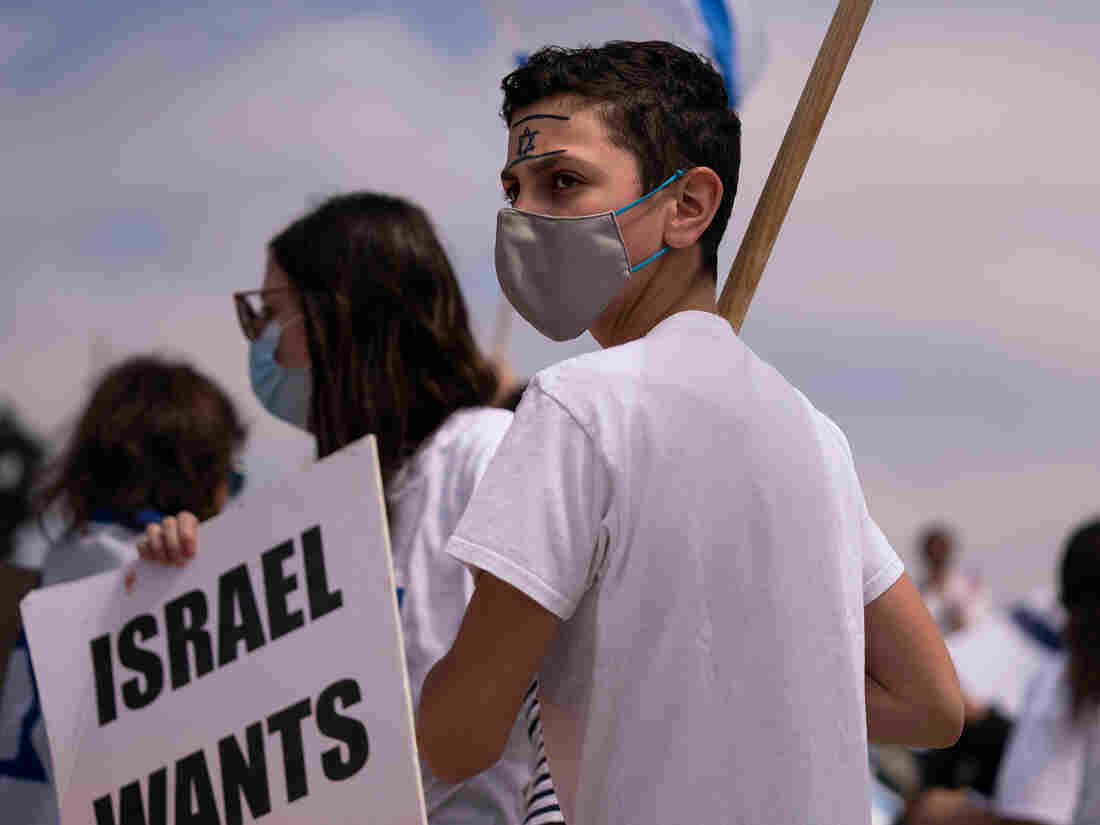 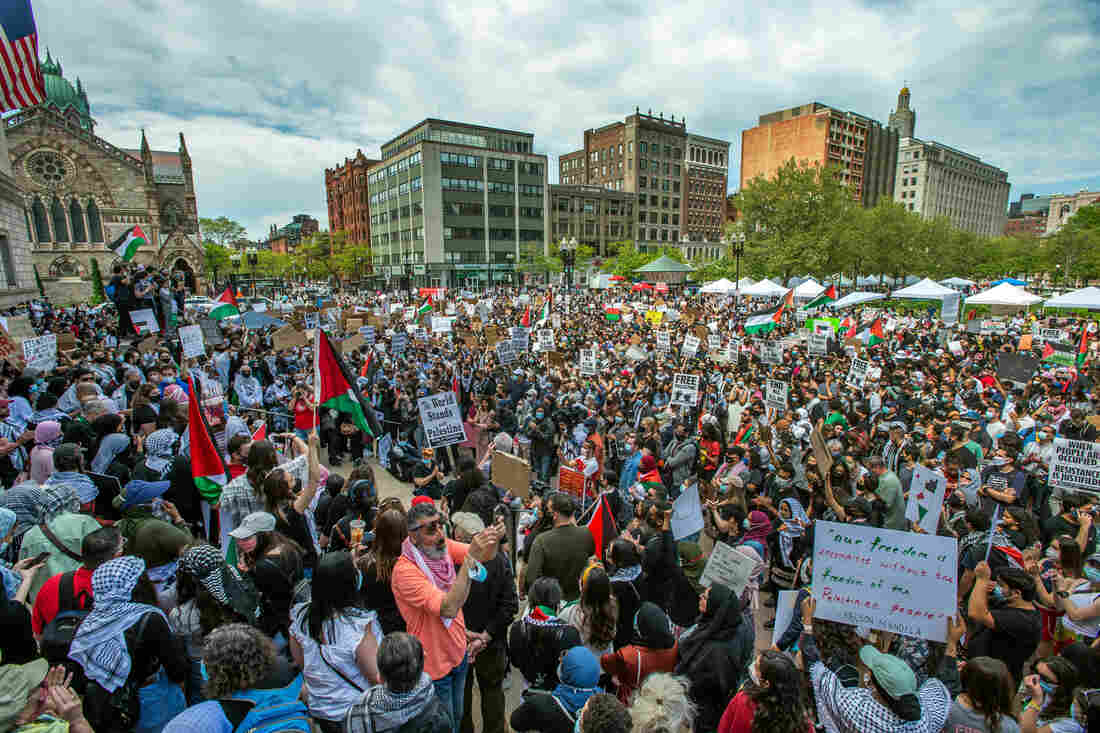 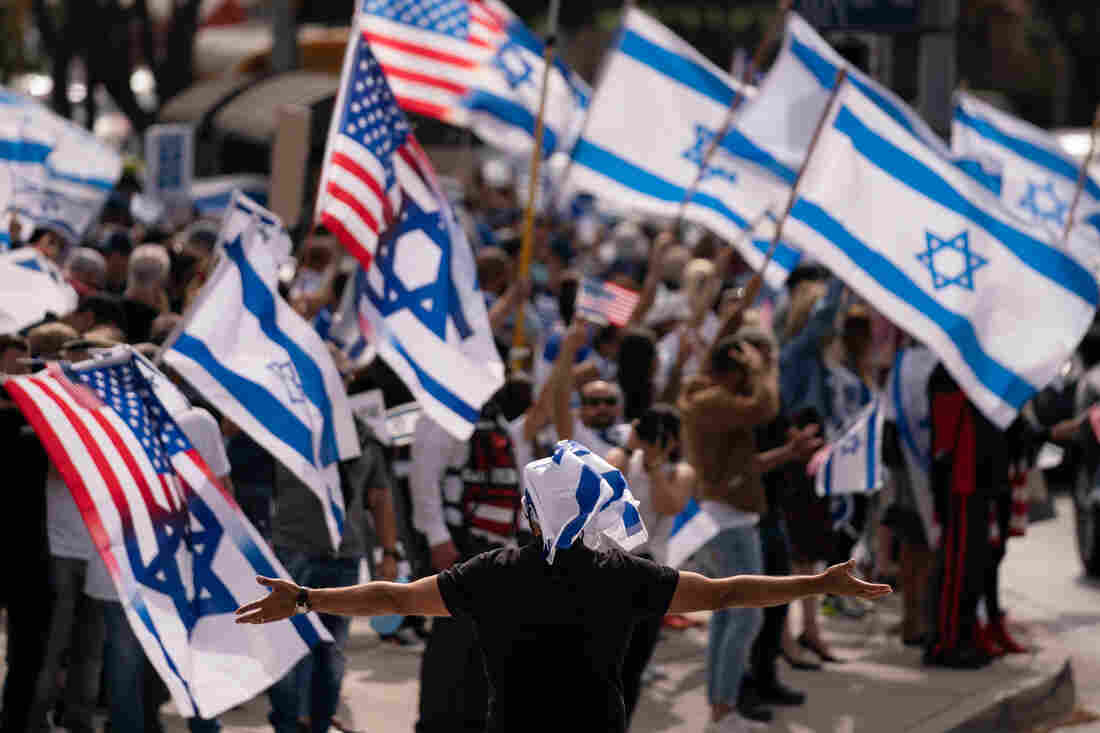 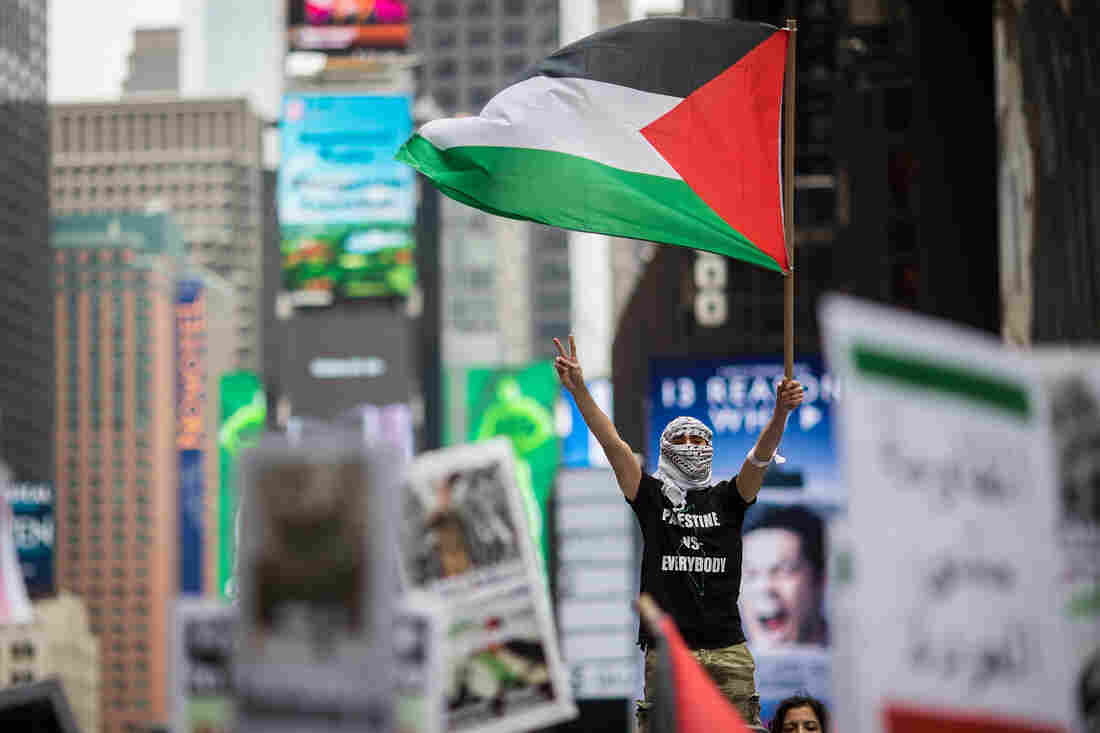 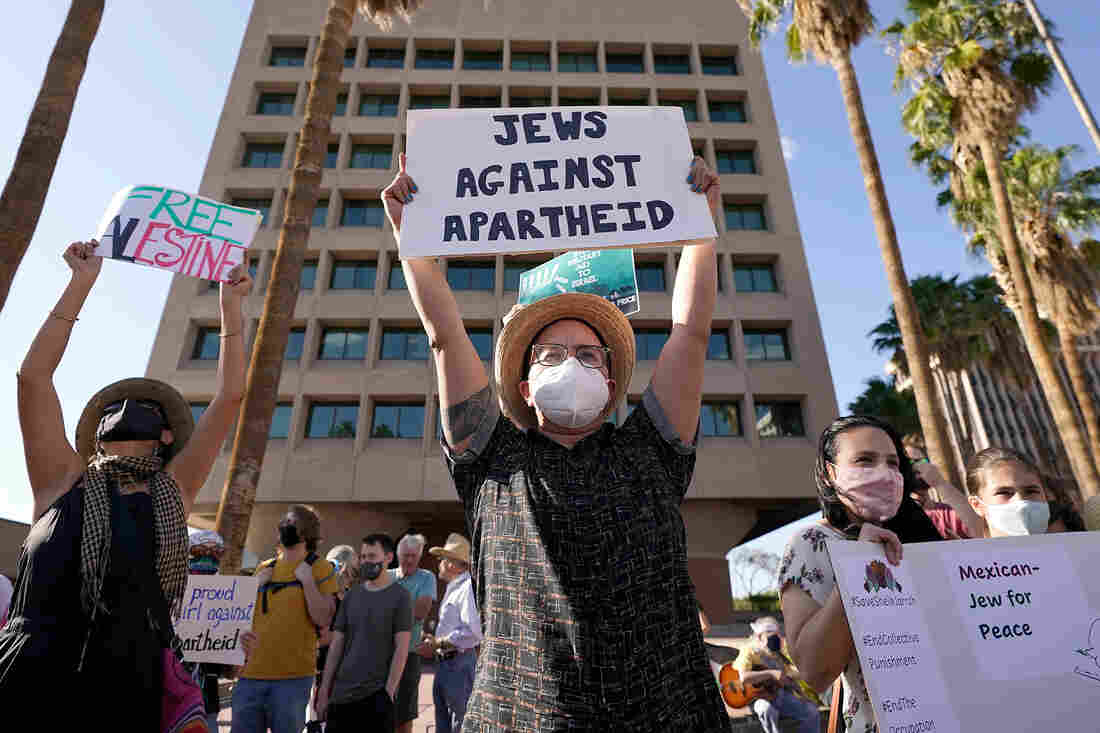 NPR’s Connor Donevan contributed to this report from Washington, D.C.