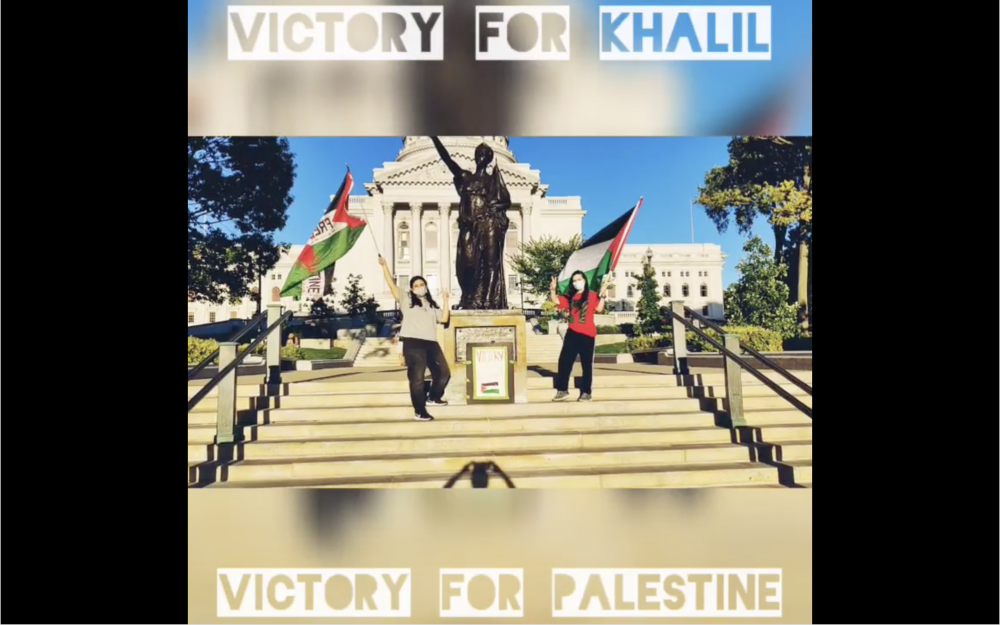 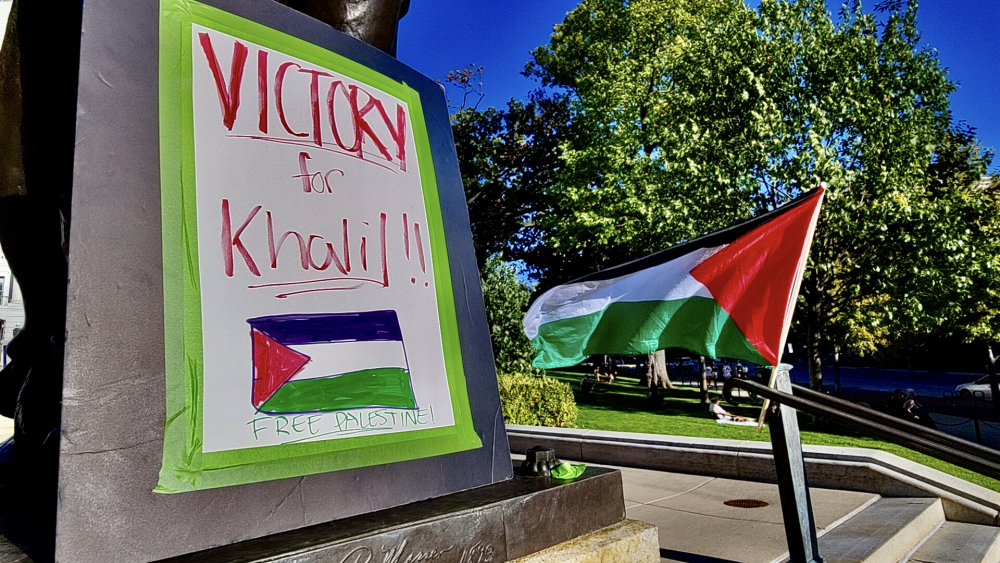 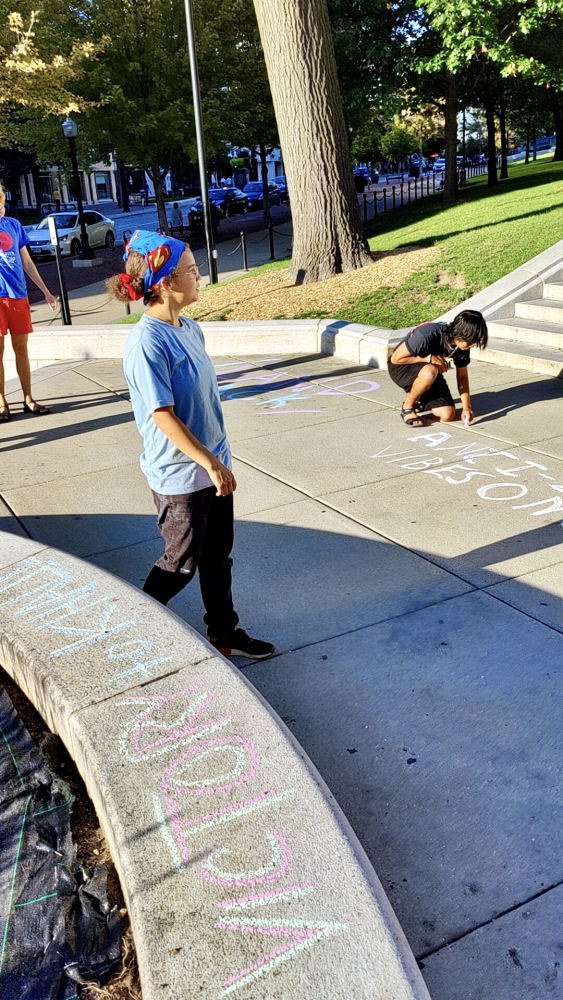 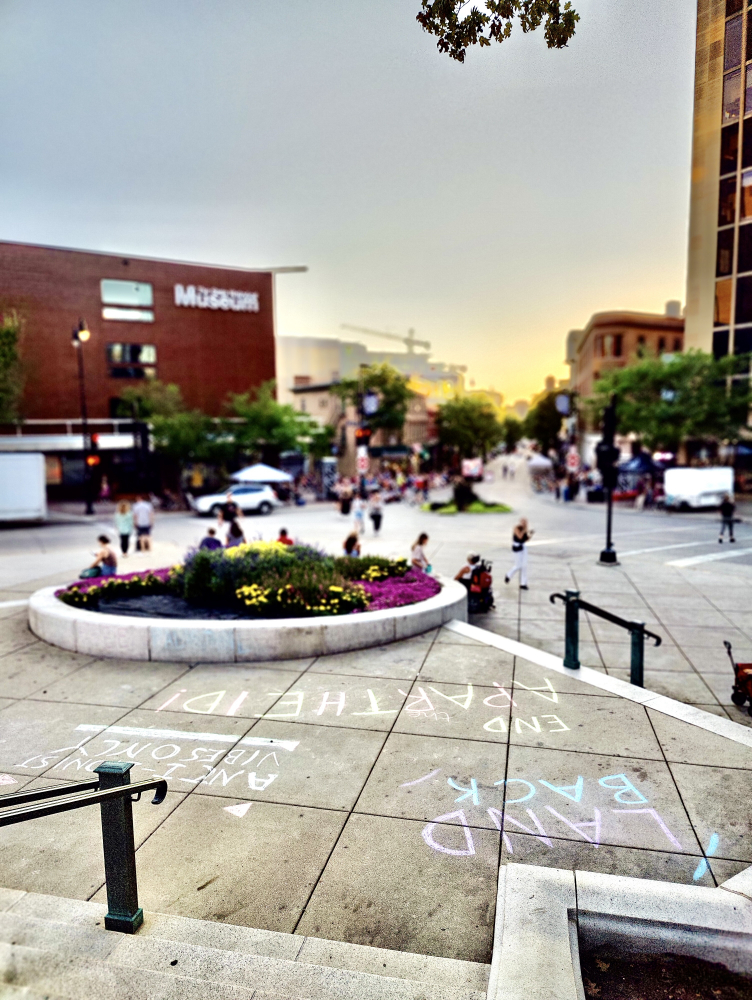 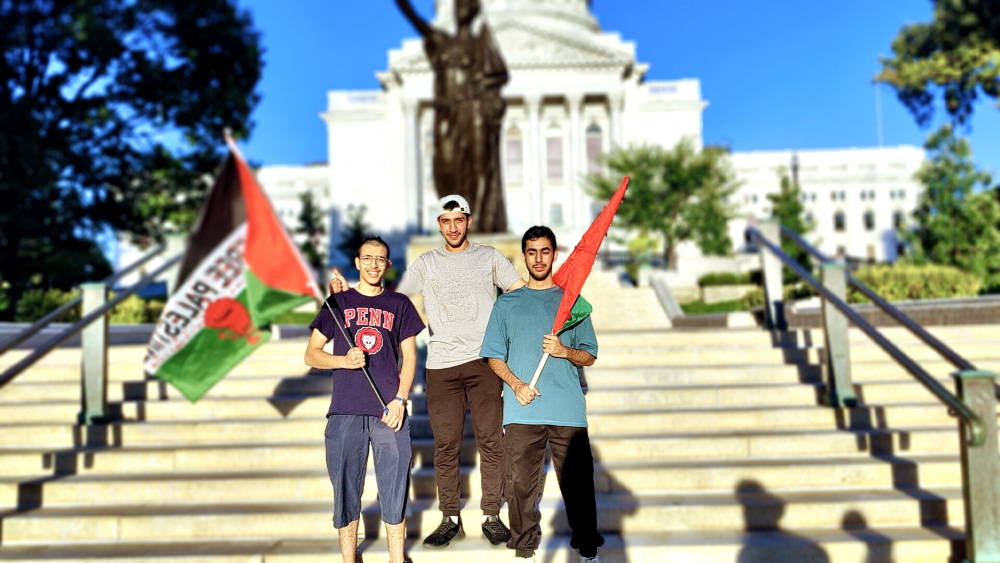 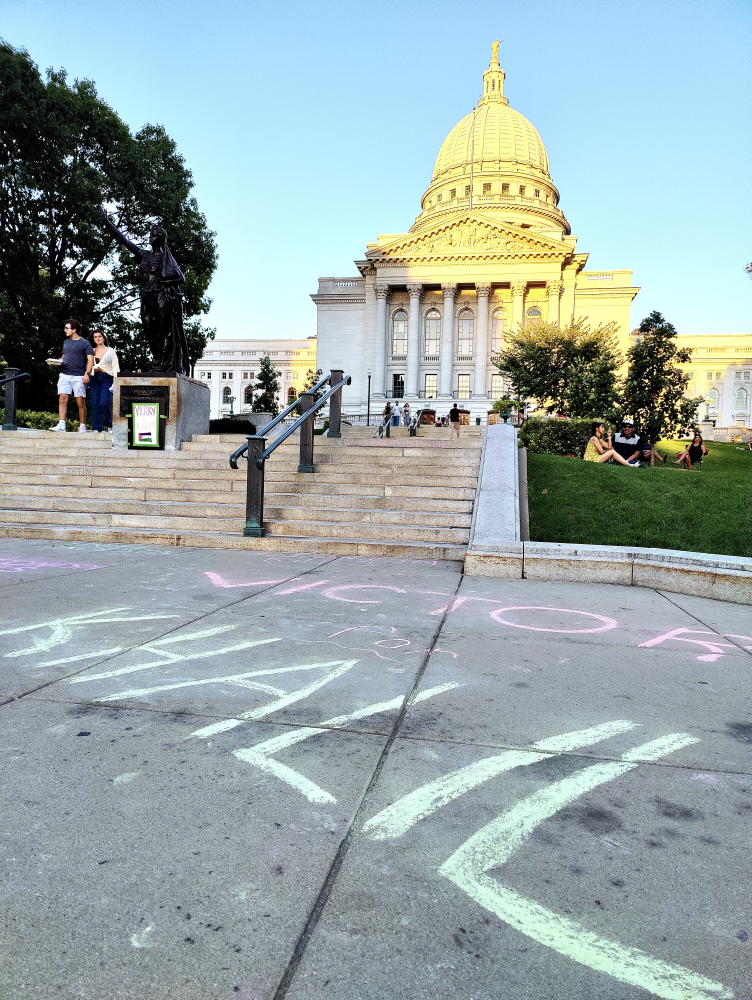 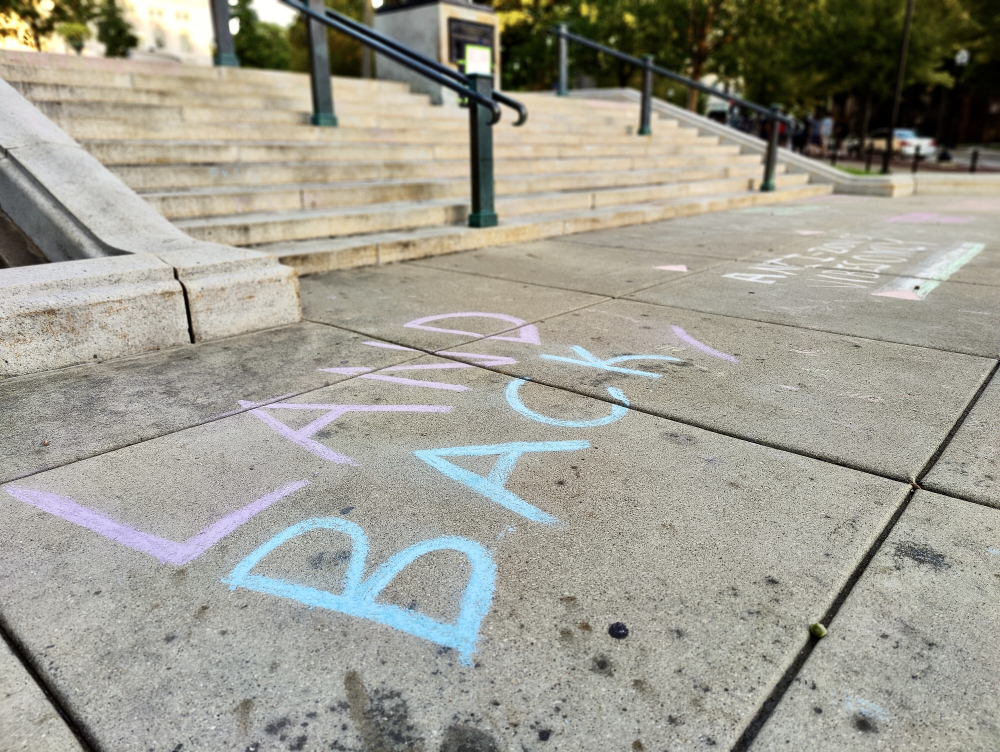 Yesterday, we planned to hold a demonstration to #FreeKhalil, the 182-day Palestinian hunger-striker protesting his evidence-free incarceration — but then we learned that Khalil suspended his hunger strike in exchange for an October 2 release, so we canceled our demonstration and instead a handful of us went to the Capitol and covered the State Street entrance with pro-Palestine, pro-resistance, and messages of victory 🇵🇸❤️‍🔥 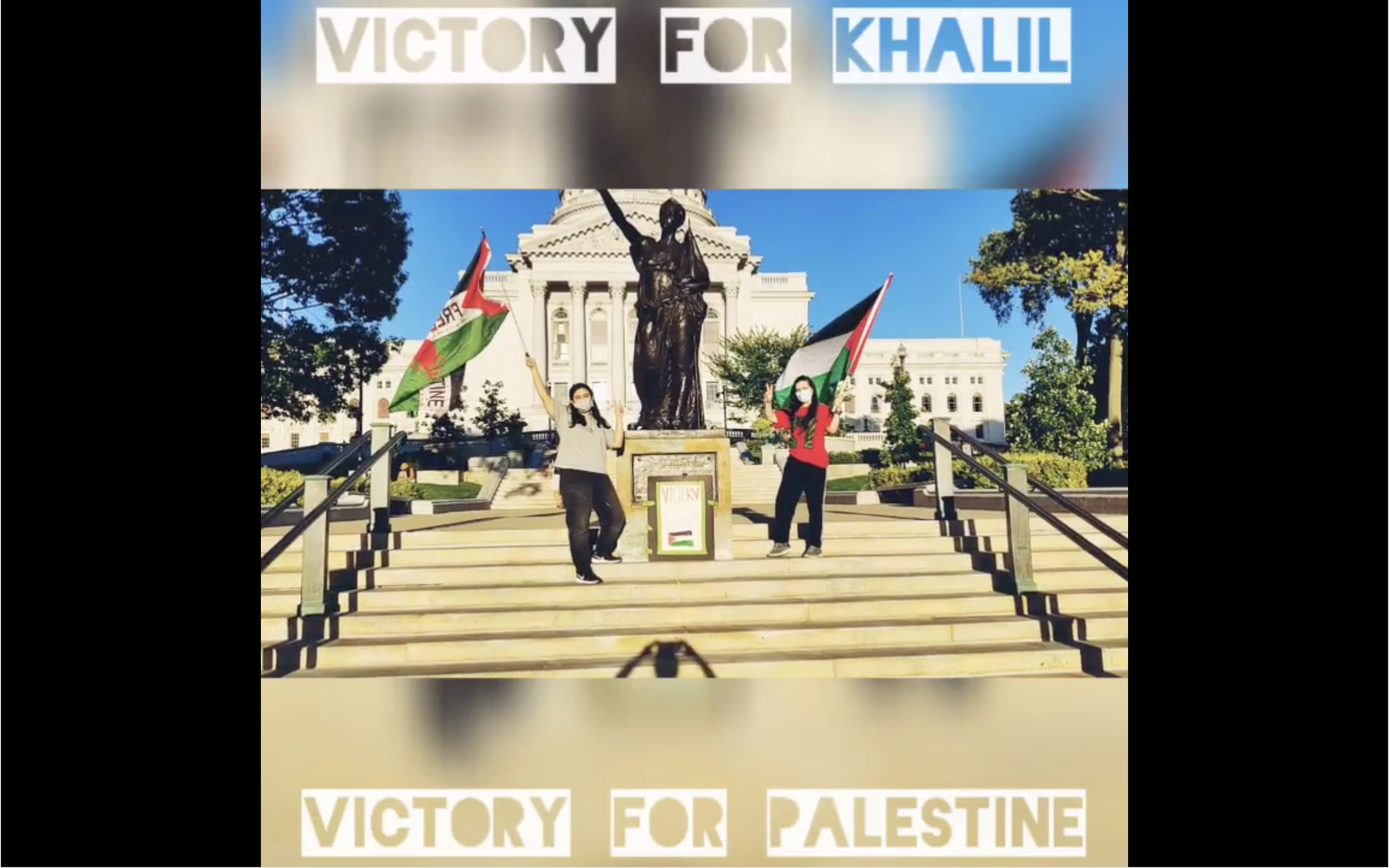