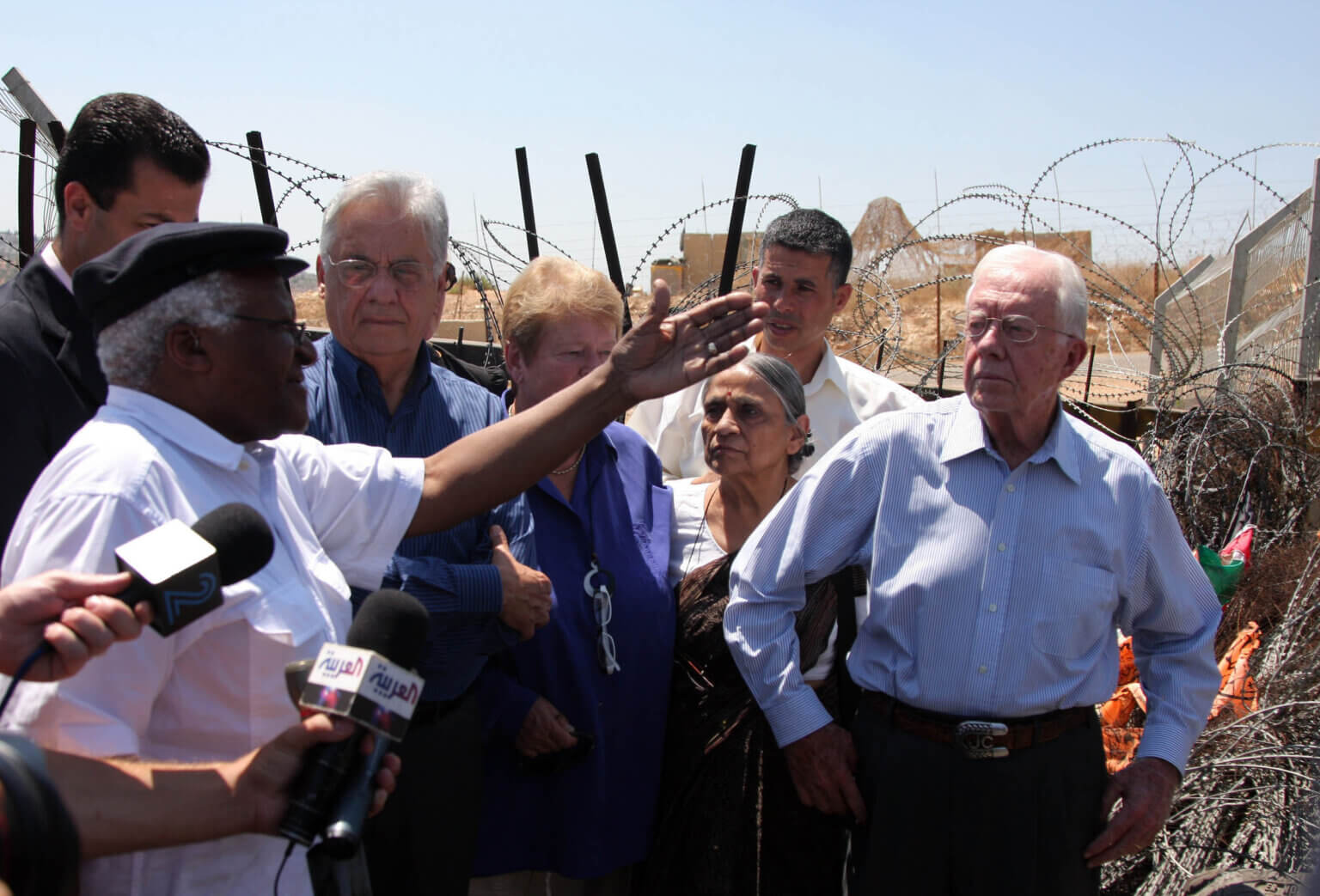 He remained equally outspoken even in later years. . .

In 2010 he unsuccessfully urged a touring Cape Town opera company not to perform in Israel, invoking South Africa’s struggle against apartheid in criticizing Israel’s policy toward Palestinians. He said that the company’s production of “Porgy and Bess” should be postponed “until both Israeli and Palestinian opera lovers of the region have equal opportunity and unfettered access to attend performances.”

The Washington Post adopted the same approach. Its main obit left Tutu’s pro-Palestinian views to the fourth paragraph from the end, and gave them half a sentence.

He also called for President Barack Obama to apologize for the American-led invasion of Iraq in 2003 and repeatedly compared Israel’s treatment of Palestinians in the West Bank and Gaza to South Africa during the apartheid regime.

The Post partly made up for that with an Op-Ed by the South African journalist Redi Tlhabi about Tutu’s activism for justice globally, including opposition to the Iraq war and statements on climate change. Tlhabi’s op-ed had Palestine in the headline — “Desmond Tutu stood for Palestinians and many others” — and this good summary in the text:

But it was perhaps his support for Palestinians and his criticism of Israel that got him in trouble with many who wanted to preserve him in amber, a sort of living monument to a past struggle. “When you go to the Holy Land and see what’s being done to the Palestinians at checkpoints, for us, it’s the kind of thing we experienced in South Africa,” he told The Post in 2013.

Many around the world have reached the inevitable conclusion that Israel is an apartheid state, including leading human rights organizations.

Chris McGreal made a similar point to Tlhabi’s in his piece in the Guardian. Tutu crossed a line with his stance on Israel, but the world is catching up to him.

“Tutu’s real crime in the eyes of Israel’s most unrelenting supporters was to liken its rule over the Palestinians to apartheid and then refuse to back off in the face of an onslaught of abuse,” McGreal says. He gives some of those statements.

“I know first-hand that Israel has created an apartheid reality within its borders and through its occupation. The parallels to my own beloved South Africa are painfully stark indeed,” [Tutu] wrote in 2014 in a call for the Presbyterian general assembly in the US to back sanctions against Israel.

Tutu alarmed the government of Israel with these testimonies, McGreal writes, and the situation has only gotten worse. With the two-state solution “moribund,” the discourse of apartheid has accelerated in the last year, with two leading human rights groups accusing Israel of practicing that crime.

More on the mainstream’s myopia. Terry Gross yesterday ran excerpts of two superb interviews she did with Tutu on “Fresh Air”, in 1984 and 1999. Gross is a great interviewer, but she made no references to Israel and Palestine in the 43-minute-long segment. Gross has long objected to the apartheid discourse about Israel, as when she assailed Jimmy Carter for using the word in 2006 — and cited Alan Dershowitz as an authority on the matter.

Dershowitz is still with us, too: He published an op-ed saying that Tutu was a bigot who hated Jewish people. And that op-ed has gotten a lot of attention from Israel and its friends.

J Street tweeted the excellent Tlhabi piece in the Washington Post on Tutu, but the liberal Zionist organization has not directly eulogized Tutu, even as it mourns the loss of Harry Reid. Saluting Tutu might be a bridge too far for liberal Zionists, when Democratic Majority for Israel is ignoring Tutu’s death and Dershowitz is slamming Tutu.

By the way, Terry Gross’s interview with Tutu from 1984 is particularly insightful. Tutu repeatedly said the only thing that would bring down a hateful, brutal order was international pressure. “What do you think other countries can do in support of dismantling the apartheid system?” Gross asked. Tutu’s brilliant answer:

I believe that they must make it quite clear that there is no way in which the perpetrators of apartheid will ever become respectable, and that apartheid will ever become acceptable. I think, I mean, that the perpetrators of apartheid must continue to be treated as pariahs in the world community. And the world community must lay down stringent conditions. I think that the world community can say — I mean, especially the business community, who are the ones who have enormous clout, you know? That is indicated by the fact that if I were to say on your program that I support economic sanctions against South Africa, disinvestment, that is a criminal offence. And until recently, if I was found guilty, the minimum mandatory sentence would be five years in prison, which shows that those who invest have considerable leverage, which they are refusing to use.

And so I would say to them, please, remember that your investment in South Africa is as much a political and moral factor as it is an economic one, that you are buttressing one of the most vicious systems in the world.

That lesson applies today, when only outside pressure will bring down Israeli apartheid. But so far powerful media outlets in the U.S. can’t report that news.