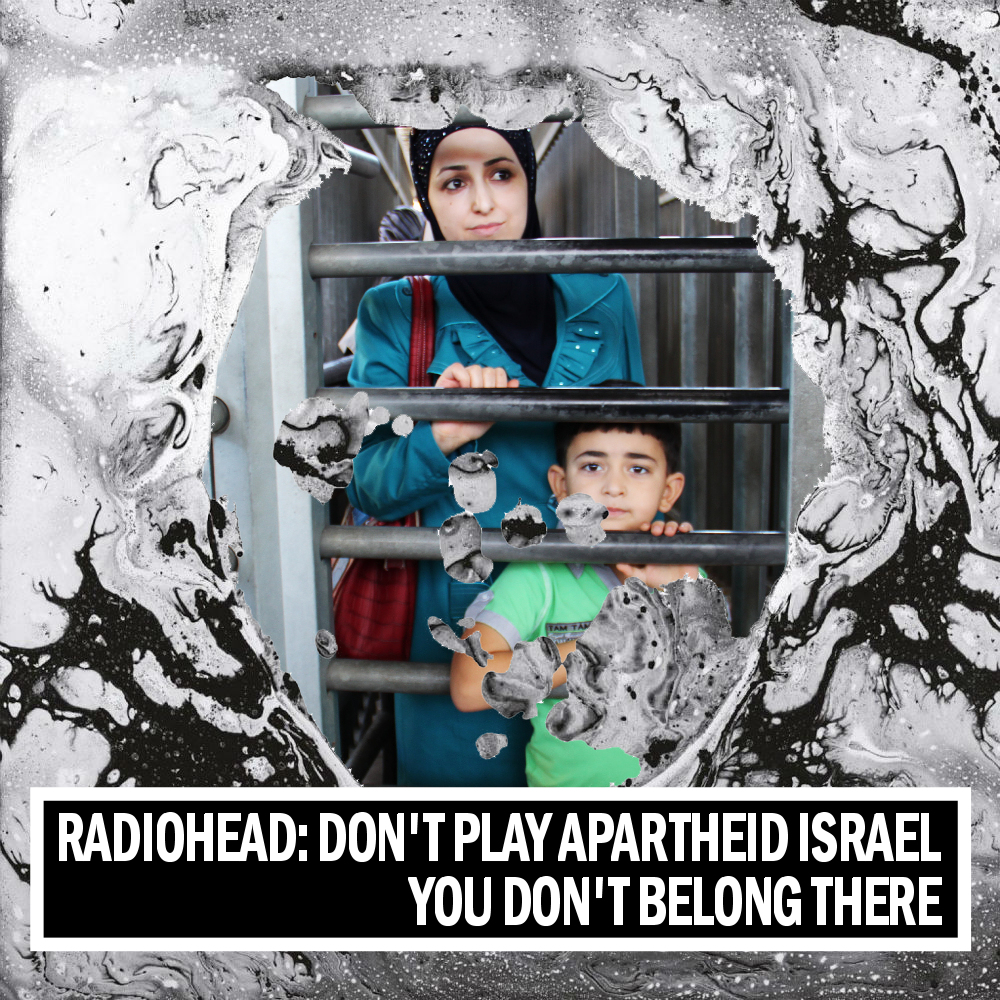 The British rock group Radiohead is planning to entertain Israeli apartheid with a concert in Tel Aviv on July 19, 2017.

Help us get the message to Radiohead: “You don’t belong there!”

Palestinians, thousands of Radiohead fans, Archbishop Desmond Tutu, Ken Loach, Roger Waters, the Young Fathers and tens of renowned artists have all called on Radiohead to cancel their Israel gig.

And during the band’s US tour, Radiohead fans unfurled banners at concerts and published articles in the press to get Radiohead to turn away from playing apartheid.

On June 6, Radiohead will kick off the final leg of their tour, with stops in Norway, Sweden, Denmark, Italy, Netherlands, Ireland, UK, Poland, Belgium and France.

We need your help to make sure Radiohead hears our message loud and clear throughout their tour. Take action by:

Hey @Radiohead, during apartheid South Africa, artists stayed away. Time to do the same with Israel.
Tweet 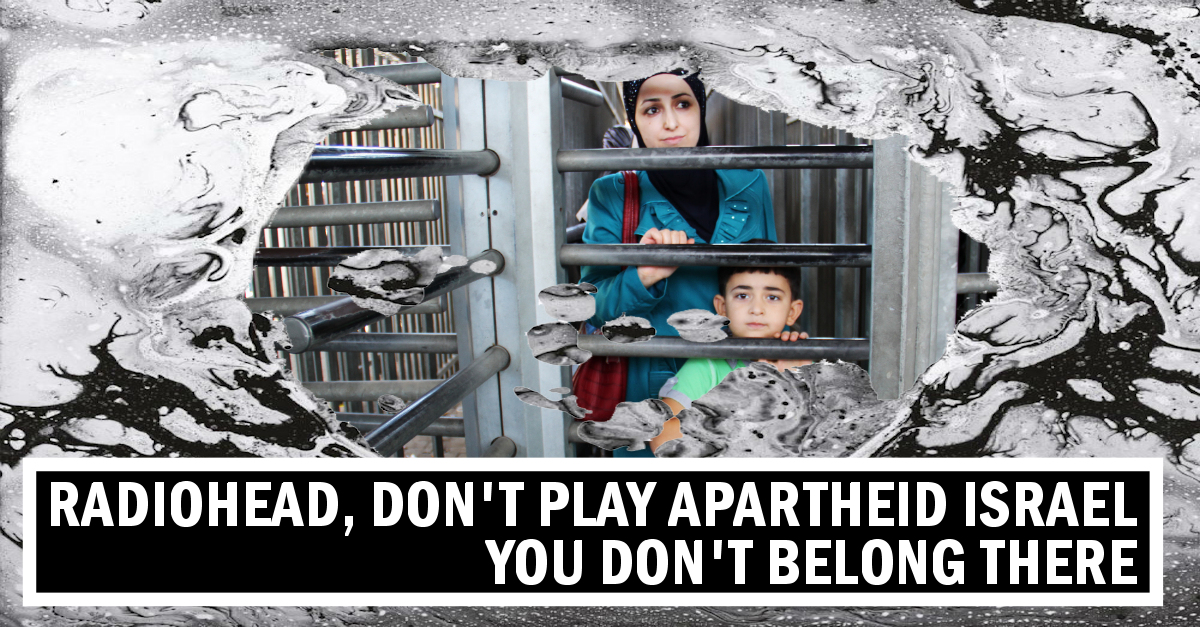