American nonprofits have funneled money to Meir Kahane’s followers, who now have a chance to enter the Knesset 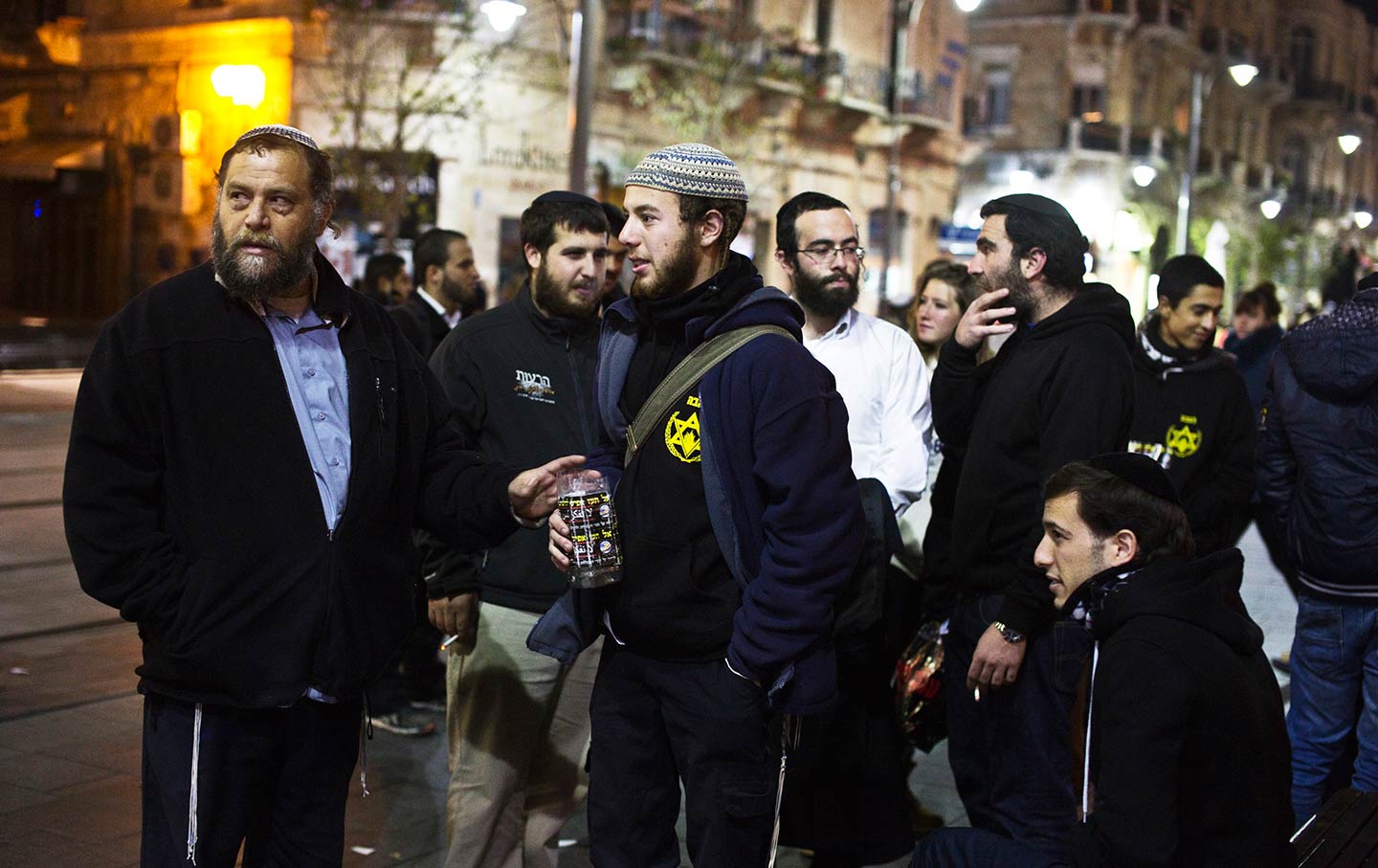 As Israel’s April 9 election approaches, Prime Minister Benjamin Netanyahu has paved the way for a Jewish-supremacist party—which some are dubbing the Jewish KKK—to enter the next Israeli Knesset. He encouraged the merger of three small far-right parties, Jewish Home, National Union, and Jewish Power (Otzma Yehudit in Hebrew), since each of them separately was not expected to receive enough votes to make the minimum Knesset threshold. If Netanyahu is reelected, the new far-right party, assuming it receives enough votes to make the minimum, would then help him secure a governing coalition of at least 61 seats.

All three parties are nationalist, anti-Arab, and homophobic; however, Jewish Power stands out because its platform and leaders are inspired by the violent legacy of Meir Kahane and his Kach party, which was barred from running in the Knesset in 1988 on grounds of racism, and then outlawed in 1994 on grounds of incitement to terrorism after Baruch Goldstein, who was active in Kach, murdered 29 Palestinians in Hebron exactly 25 years ago Monday. The US State Department followed suit and listed Kach and an offshoot, Kahane Chai (Kahane Lives), as a foreign terrorist group in 1997. One of Jewish Power’s leaders, Michael Ben-Ari, who served in the Knesset from 2009 to 2013, was barred from entering the United States in 2012 because of his affiliation with a “terrorist organization.” END_OF_DOCUMENT_TOKEN_TO_BE_REPLACED

END_OF_DOCUMENT_TOKEN_TO_BE_REPLACED 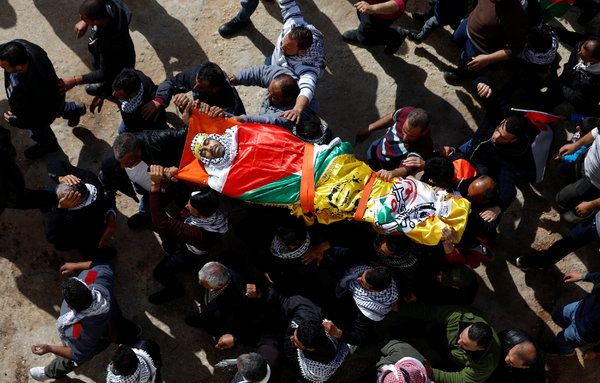 END_OF_DOCUMENT_TOKEN_TO_BE_REPLACED

Allowing some properties and attractions to be listed as being in “Israel”, as Airbnb, Booking.com, Expedia and TripAdvisor do, not only deceives users, but also helps conceal information that can help reveal the illegal nature of the settlements.

In this report Amnesty International exposes how four leading online tourism companies and global brands — TripAdvisor, Booking.com, Expedia and Airbnb — are listing places to stay or things to do in illegal Israeli settlements in the Occupied Palestinian Territories.

They are promoting these listings, and profiting from them, despite knowing that these Israeli settlements are illegal under international law and are at the root of a wide range of human rights violations suffered by Palestinian communities.

Amnesty International is calling on these companies to stop providing these listings, and on governments around the world to take regulatory action to prevent companies such as these from doing business in or with Israel’s illegal settlements.

END_OF_DOCUMENT_TOKEN_TO_BE_REPLACED

This is a huge victory! Moments ago, Airbnb announced they will no longer list vacation rentals in illegal Jewish-only West Bank settlements. It’s been exactly two years since we took the stage at Airbnb Open to confront actor Ashton Kutcher. “Airbnb is profiting off the displacement of Palestinians and human rights abuses.”

The Airbnb campaign showed that when we work together, WE WIN. The Stolen Homes coalition that formed over two years ago to work on getting Airbnb out of the settlements, included us, Jewish Voice for Peace, American Muslims for Palestine, the U.S. Campaign for Palestinian Rights, Sum of Us and more. Together we protested, wrote articles and took to social media. Today our persistence paid off. Every single person who supported this campaign deserves credit and that means you!

We won’t stop campaigning until Palestine is free. So, take a moment to toast this success and then get busy working on our next win: Tell pop superstar Ed Sheeran not to perform in Israel.

END_OF_DOCUMENT_TOKEN_TO_BE_REPLACED 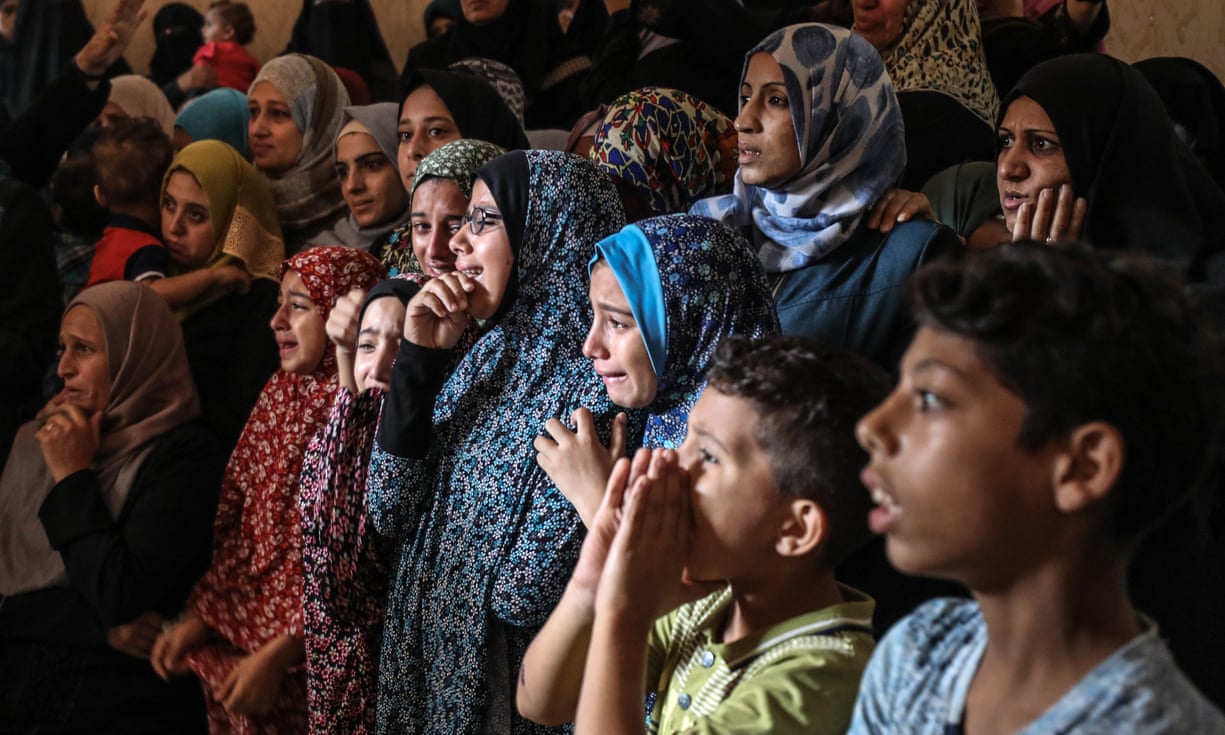 END_OF_DOCUMENT_TOKEN_TO_BE_REPLACED

Since 2006 the speaker has been spending from one to three months per year accompanying Palestinian children to school past Israeli settler checkpoints in the village of Tuwani and the surrounding South Hebron Hills of the West Bank. She initially volunteered with Christian Peacemaking Teams, but more recently has served with the Italian organization Operation Dove, both of which began their work in Tuwani at the invitation of the village and in response to Israeli settler attacks on schoolchildren and shepherds. She will speak about her experiences and current developments in Palestine.

“We can change people’s minds
by defending our cause”

Ahed Tamimi sits July 30 in the backyard of her family house in the West Bank village of Nebi Saleh, near Ramallah. (Nasser Nasser / Associated Press)

Nebi Saleh, West Bank — Two days after her release from an Israeli jail, the 17-year-old Palestinian activist Ahed Tamimi sat in her parents’ yard, wearing jeans and a tired expression, the front of her mane of blond curls tied in a bun atop her head.

TV crews from the United States, Turkey, Germany and Norway vied for on-camera interviews with her. Since her release, her representatives say, she has responded to questions from about 175 media outlets. She has six media advisors, one of them Israeli, and they have worked hard to make her the face of the Palestinian resistance.