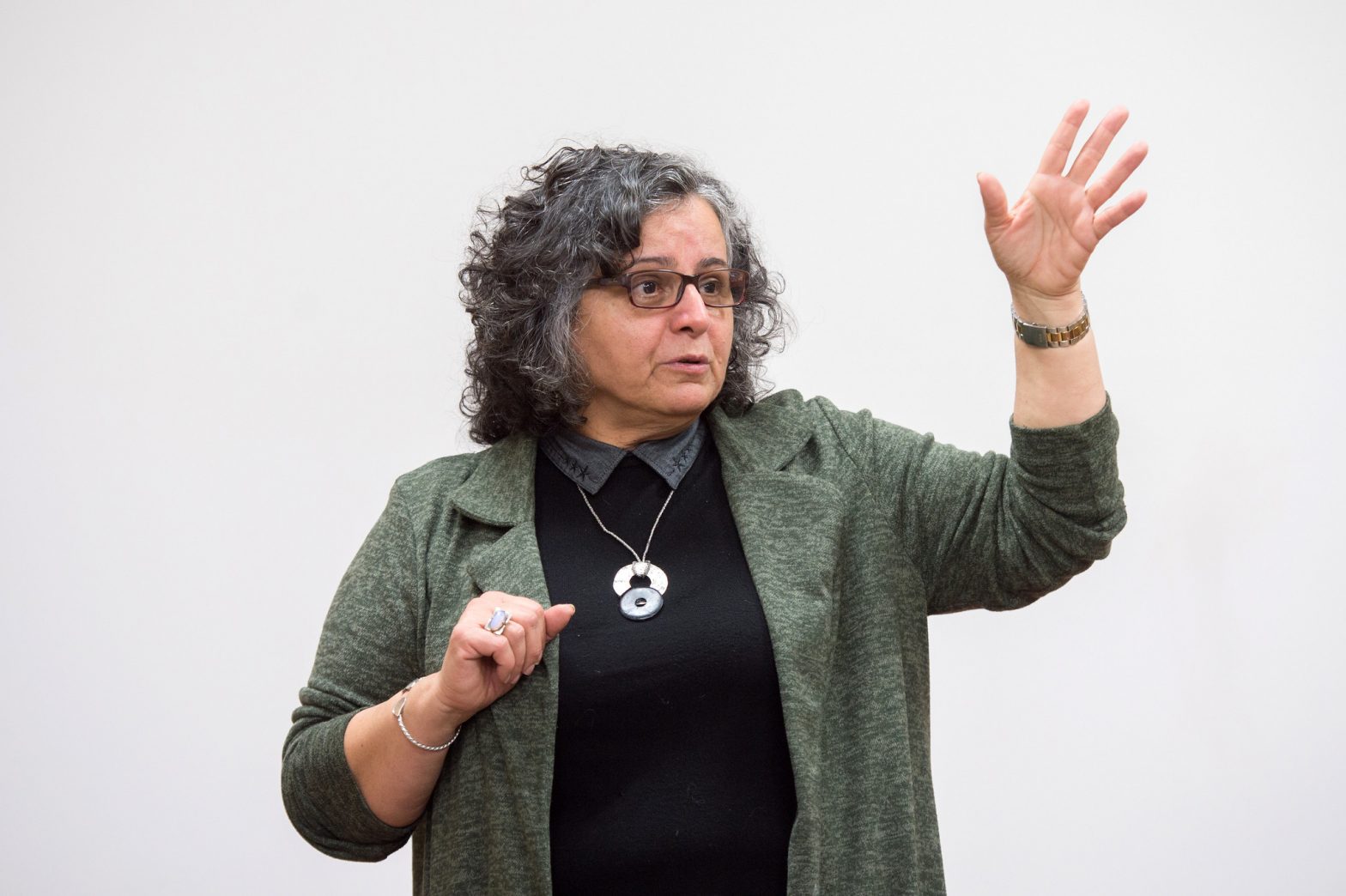 LAST WEEK, Donald Trump and Benjamin Netanyahu announced a deal that is intended to determine the future of the Palestinian people, without a single Palestinian present in the room or involved in the consultation process. They unveiled the plan in the midst of Trump’s impeachment trial and on the same day that Netanyahu was indicted for corruption. Like a group of men deliberating women’s reproductive freedoms, the Americans and Israelis who drafted the plan intend to unilaterally decide the fate of Palestinians, our land, and our fundamental rights. The plan’s total erasure of Palestinian voices and blatant denial of these rights lays bare the real intentions of the Trump and Netanyahu administrations.

Just as importantly, the past week clarifies the positions of so-called moderates—from US House Speaker Nancy Pelosi to Israel’s Benny Gantz, leader of the Blue and White Party—who have either barely protested or outright endorsed the plan. While it is no secret that the US and Israel have always rendered Palestinian narratives, demands, and aspirations secondary, centrist acquiescence to Trump’s plan suggests that the “deal of the century” is the logical culmination of a long-held vision of an apartheid Palestinian pseudo-state, bereft of meaningful sovereignty or self-determination.

Trump and Netanyahu have inherited this vision and added their typical vulgarity. Their plan would enshrine Jewish supremacy in all of Israel and historic Palestine, annexing Jewish-only settlements in the West Bank, the Jordan Valley, and East Jerusalem, while leaving Palestinians in the occupied territories with a patchwork of isolated ghettos surrounded by walls and military checkpoints. Israeli law would be applied in all settlements, which violate international law and numerous UN resolutions. Israel would retain sovereign control over the air and sea, as well as absolute “security” control in the entire territory west of the Jordan River. Jerusalem, including occupied Palestinian East Jerusalem and its holy sites, will remain entirely in Israeli hands. And Palestinian refugees will be categorically denied their right to return to the land from which they were expelled by Israel because they were not Jewish.

The plan would also have dire consequences for Palestinian citizens of Israel, many of whom would probably be stripped of their citizenship and transferred to the new Palestinian “state” under the plan’s proposed land swaps. To those ends, Israel’s Tourism Minister, Yariv Levin, has already raised the specter of de-nationalizating Israel’s Palestinian citizens, who make up about 20% of the population, or about 1.8 million people. Many people in this category would likely lose the ability to travel within most of historic Palestine and be subject to the same restrictions, including on movement, imposed on citizens of the new Palestinian “state.”

As a Palestinian citizen of Israel myself, I have been treated with suspicion and as a threat by the government for my whole life, a fifth column in my own homeland. Will I now be told to move to the new Palestine, or remain and accept permanent second- or third-class Israeli citizenship? We already face dozens of laws that discriminate against us—including the so-called “Jewish nation-state” law, which has effectively made segregation official national policy—because we are not Jewish. With Trump’s plan, Israel’s claim to being a liberal democracy that values human rights has been discredited once and for all.

Trump and Netanyahu’s plan, then, is outrageously unapologetic in its denial of Palestinian rights and its whitewashing of Israeli colonization. In key respects, however, it does not represent a radical break with the many previous plans proposed over the past several decades—by both Democrats and Republicans, by Israel’s Labor and Likud—to “grant” Palestinians nominally autonomous, discontiguous parcels of land surrounded by Israeli settlements and under the control of the Israeli military, and to pass off these bantustans as an independent state. As far back as 1978, Prime Minister Menachem Begin proposed granting Palestinians a limited “autonomy” or home rule in scraps of the occupied Palestinian territories in an attempt to quash Palestinian demands for independence. The 1993 Oslo Accords offered Palestinians limited self-rule in parts of the West Bank and the Gaza Strip, while allowing unfettered Israeli settlement expansion—with the number of Israeli settlers more than tripling since the signing of the peace agreement.

Gantz, supposedly a moderate alternative to Netanyahu, has embraced Trump and Netanyahu’s racist annexation plan, and vowed to bring it for approval in the Knesset. The Joint List—the coalition of Arab-majority parties, of which I am a member—will not support any candidate or party that supports annexation, including Gantz. Indeed, with rare exceptions, most Jewish Israeli politicians subscribe, implicitly or explicitly, to Trump and Netanyahu’s agenda of segregation, intolerance, and xenophobia, as evidenced by the nation-state law and others passed in recent years, like the so-called Nakba law, which is intended to suppress public discussion and debate of the mass expulsion of Palestinians that accompanied Israel’s establishment as a Jewish state in 1948.

In the US, meanwhile, even some Democrats critical of Trump and Netanyahu have been muted in their criticism of this scheme. Reacting to a summary of the plan last week, Pelosi declared that it “appears to be a basis for negotiations . . . so let us be optimistic and hopeful.” Echoing Pelosi, House Foreign Affairs Committee Chairman Eliot Engel of New York declared: “There’s some good room for hope there.”

With the notable exception of Bernie Sanders, Democratic presidential hopefuls have thus far refrained from proposing concrete ideas to end US complicity in Israel’s apartheid regime, with some even proudly reiterating their support for Israel. Because our shared values of freedom, equality, and democracy are on the line more clearly than ever before, Democrats can no longer get away with claiming progressive credentials in some arenas while remaining willfully blind to injustice elsewhere. Trump and Netanyahu recognize their own shared values and are working hand in hand; Democratic leaders likewise need to understand that Palestinians are their natural allies in resisting the onslaught of Trumpism in the US and around the globe.

The time has finally come for Israeli leaders to pay a price for their half-century-old occupation of Palestinian lands, for seven decades of ethnic cleansing, for blockading the Gaza Strip for over a decade, and for their relentless incitement against and attempts to exclude us—Israel’s Palestinian citizens—from equal citizenship in our own homeland.

Aida Touma-Sliman is a member of the Israeli Knesset representing Hadash/The Joint List.