But fires are raging across Western Asia

Over 200 forest fires are raging in Palestine (now renamed the Jewish State of Israel, including its occupied Palestinian territories). Many countries are helping put out the fires, including four teams of Palestinian firefighters (nobody helped Gaza when it was being fire-bombed by white phosphorous).

But the fascist, racist government of “Israel” blamed the Palestinians for the fires! Even some decent Israelis pointed out that fires are raging across Western Asia (aka the “Middle East”).

Perhaps coincidentally or otherwise, right after war criminal Netanyahu blamed Palestinians, new fires erupted near Palestinian communities. If you really want to know who is to blame for the damage, it is clearly Zionism, as I wrote in many articles and books before.

In 1901 at the World Zionist Congress, and despite objections of conscientious Jews, a Jewish National Fund (Keren Keyemet Li’Israel, or KKL) was established to further “Jewish colonization” (the term they used) of Palestine.

One of the tasks was to raise money, and they used the gimmick of collecting money for trees. Indeed they did plant trees, but it was unfortunately the highly flammable European pine tree.

After 1948-1949 when some 500 Palestinian villages and towns were depopulated, their lands (cultivated with figs, almonds, olives and other trees) were razed to the ground, and again resinous and inflammable pine trees were planted.

The same happened after 1967 when here Palestinian villages were demolished and their village lands planted with the same European pines; one of those villages is the biblical Imwas (see photos before and after here: freepaly.wordpress.com/tag/environmental-racism. 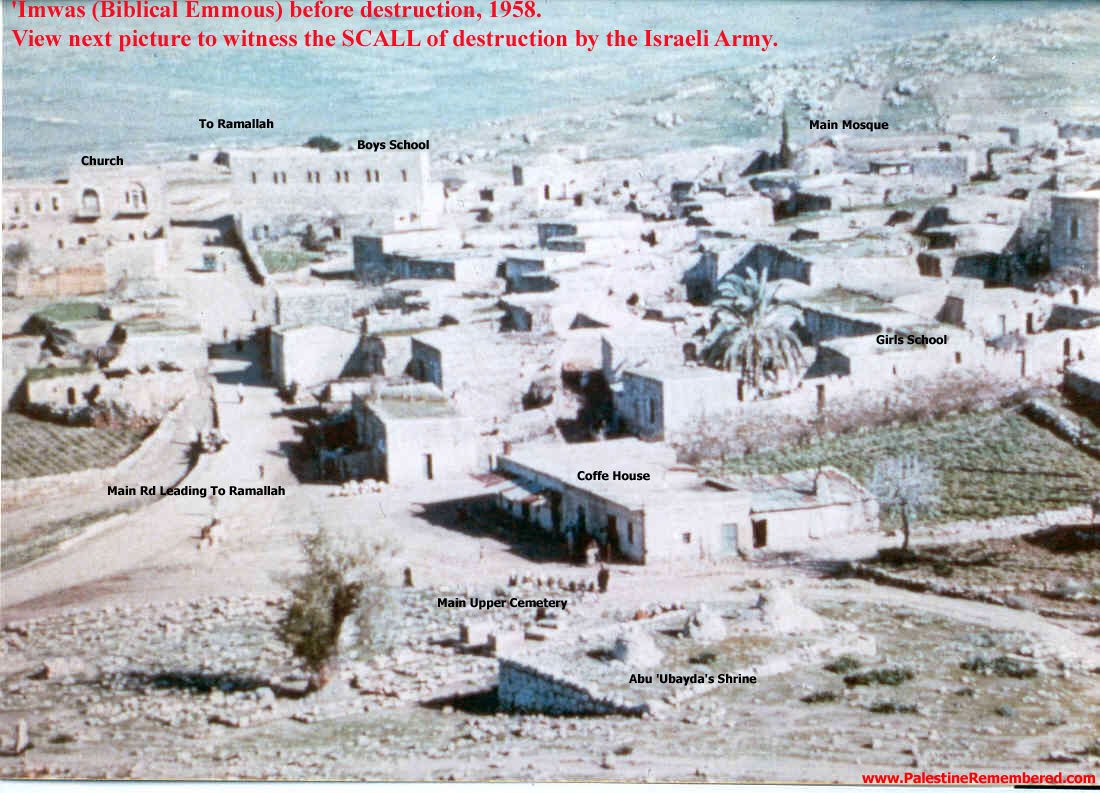 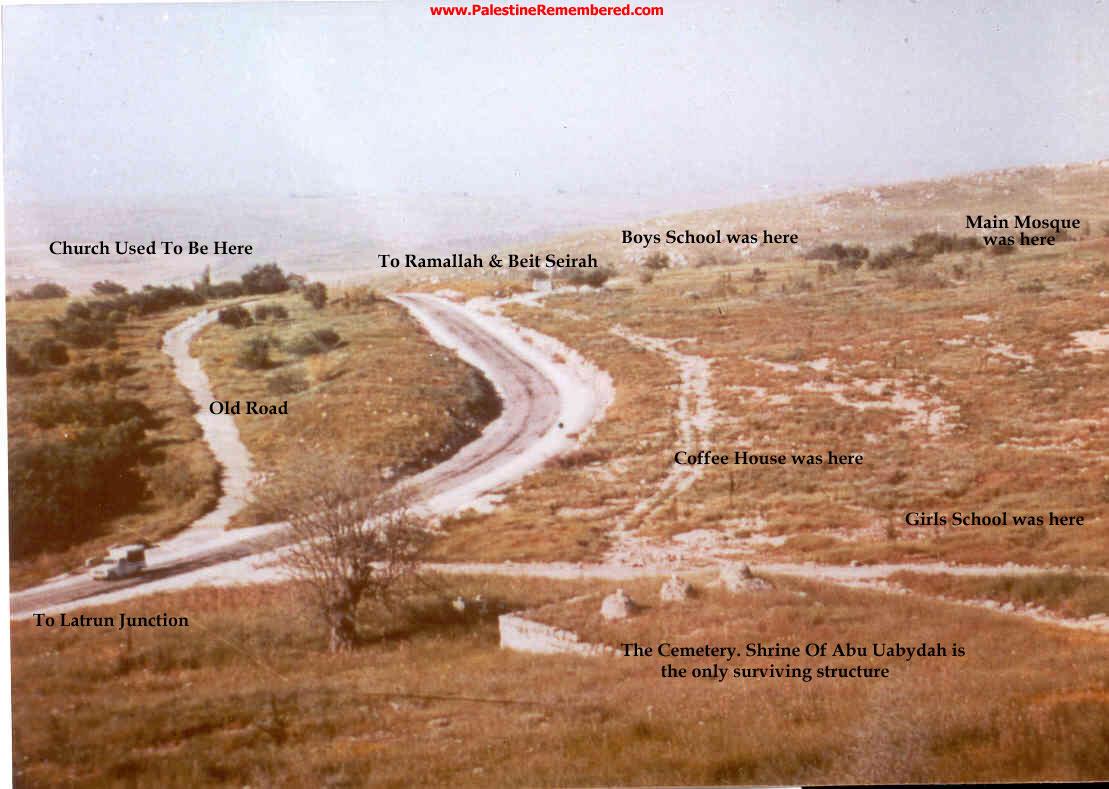 Palestinian village of ‘Imwas after destruction by Israeli army, 1968 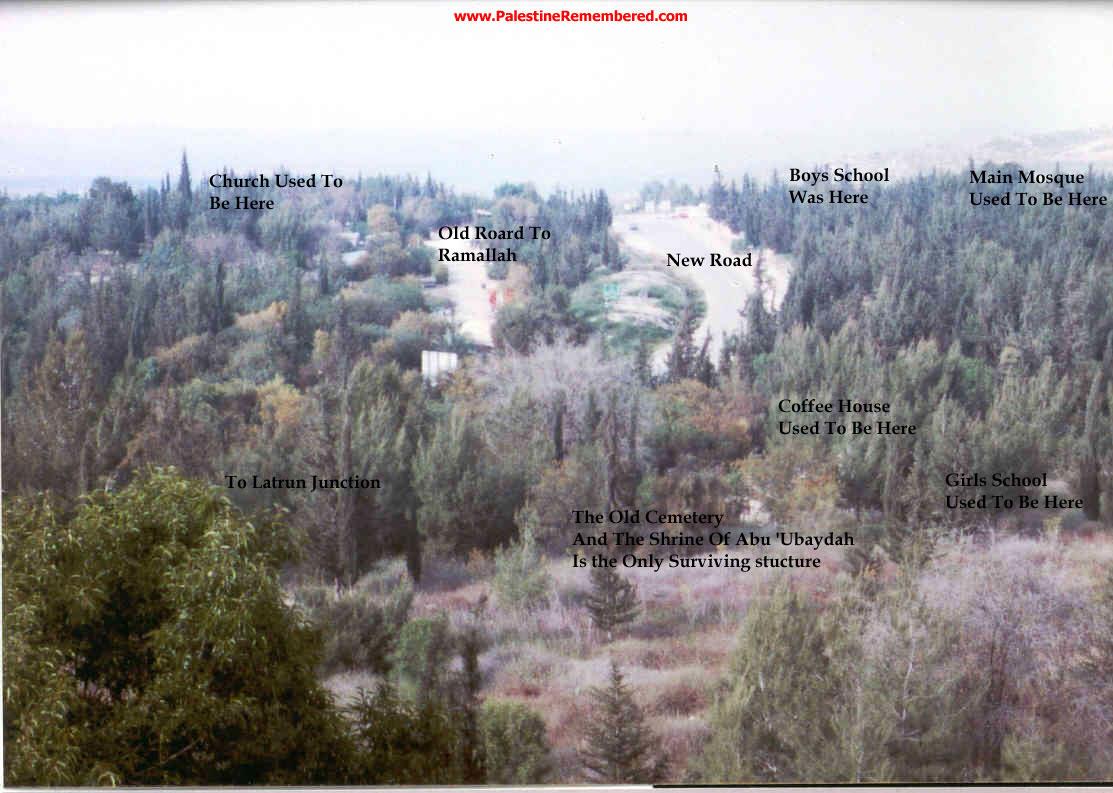 The choice of European pine trees was because a) they grow fast, b) they give a European look to the otherwise “Arab” landscape, and c) their leaves on the ground make it acidic, preventing growth or regrowth of endogenous trees. In total, KKL boasts that it planted 240 million pine trees.

Resinous pine is like petrol and burns with a ferocity. This was not the only environmentally catastrophic decision by the Zionist movement in Palestine: others include draining the Hula Wetlands and the diversion of the water of the river Jordan and now the Red Sea-Dead Sea Canal.

Environmentally, the current fires are deadly to all living creatures regardless of their origins, and they do spread to the remaining few indigenous forests and to human dwellings (Jewish, Christian, Muslim, and Atheist without distinction).

We environmentalists (Palestinian and Israeli) have long warned of the catastrophic consequences of politically driven decisions, guided by colonial ideology but devastating to native animals and plants.

So here we are: the remaining native Palestinians watching our lands go up in flames and being blamed for it. This is not unusual and we are the victims of others from long ago. We even paid the price of what happened in WWII (by Europeans to fellow Europeans).

I am thinking now if a meteor hits the Earth, we Palestinians will also pay a disproportionate price. 7 million of us are refugees or displaced people.

We in the Palestine Museum of Natural History and Palestine Institute of Biodiversity and Sustainability (http://palestinenature.org) urge protection of our nature. Environmental conservation is a priority for all decent human beings, including guarding biodiversity (and human diversity).