Israel has come under increasing criticism for seeking to silence groups that are critical of the 50-year military occupation of the West Bank. The Israeli Parliament passed a law in March barring entry to Israel for foreigners supporting a boycott of the country. 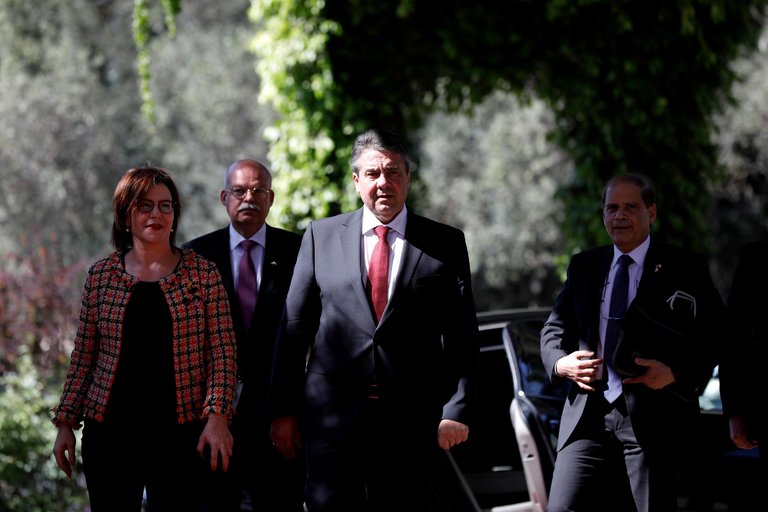 JERUSALEM — It was hardly the first time a top-level meeting had been canceled over hard feelings. But when Prime Minister Benjamin Netanyahu of Israel called off a session with the German foreign minister here on Tuesday, it seemed a particularly sharp reflection of the tension within Israel, and with its allies, these days.

Israeli and German officials said the cancellation of the top-level meeting planned for later in the day came after the German minister of foreign affairs, Sigmar Gabriel, met with the group Breaking the Silence, which opposes the Israeli occupation of the Palestinian territories. Mr. Netanyahu has accused the group of “slandering” Israeli soldiers.

The tension began when the Israeli news media addressed the possibility that Mr. Gabriel would visit with the group and reported that Israeli officials — and probably Mr. Netanyahu himself — were threatening that the visit would be a deal-breaker for the planned top-level meeting ahead.

Perhaps predictably, Mr. Gabriel, who is also Germany’s vice chancellor, did not take it well.

“It simply can’t be,” Mr. Gabriel told reporters in Israel. “Imagine if we would invite Mr. Netanyahu to Germany and he wants to meet with NGOs that are critical of the government and we say, ‘If you do that we’ll break off the visit.’ People would tell us we’re crazy.”

He refused to speculate on whether the cancellation was a tit-for-tat move after the German leadership postponed a governmental exchange with Israel, originally planned for May, citing scheduling conflicts. “The whole situation has to cool down,” Mr. Gabriel said.

After the meeting of the two leaders was called off, an Israeli official in Mr. Netanyahu’s office, speaking on customary condition of anonymity, said that Mr. Gabriel refused to take a phone call from the Israeli prime minister. German officials could not immediately be reached to comment.

“Diplomats are welcome to meet with representatives of civil society,” Mr. Netanyahu’s office said, “but Prime Minister Netanyahu will not meet with those who lend legitimacy to organizations that call for the criminalization of Israeli soldiers.”

Germany is one of Israel’s strongest allies in Europe, but it has often been critical of Israeli policies. The tension increased recently after Germany criticized an Israeli law that would retroactively legalize thousands of homes in a settlement built on private Palestinian land.

Mr. Gabriel’s visit to Israel came the same week as Holocaust Remembrance Day. He visited Yad Vashem, the museum and memorial to the six million Jews killed by the Nazi regime in World War II.

“Israel and Germany never had a simple relationship, and we never will,” Israel’s president, Reuven Rivlin, told Mr. Gabriel in a meeting on Tuesday. “In recent years however, our relationship has become a truly deep and positive one,” he said.

Mr. Netanyahu’s government has come under increasing criticism in recent years for seeking to silence groups that are critical of it or of Israeli policies, especially in regard to the military occupation of the West Bank, now in its 50th year. In March, the Israeli Parliament passed a law barring entry to Israel for foreigners who had publicly supported an international boycott effort against the country.

Germany is a major donor to many causes in Israel, including those favoring Palestinians. NGO Monitor, a group critical of what it sees as bias against Israel among nongovernmental and rights groups, said the German government had given roughly $1.5 million to Breaking the Silence through various donors over the last four years.

The group has been at the center of another storm since February. The mayor of Jerusalem, Nir Barkat, and Israel’s minister of culture, Miri Regev, threatened that month to close a small art gallery near Mahane Yehuda market in Jerusalem after it hosted a public lecture by the director of Breaking the Silence. Right-wing protesters tried to break up that lecture. The gallery, Barbur, which receives public funding and is housed in a municipal property, is now fighting an eviction notice.

But the furor has brought support from some unexpected quarters. This month, two former chiefs of Israel’s Shin Bet internal security agency, a retired senior police commander and a respected law professor, formed a panel for another Breaking the Silence event at the gallery to speak about the corrosive effect of 50 years of occupation on Israel’s security forces and citizens.

Again, protesters outside tried to drown out the proceedings with their chants, branding the participants as “traitors.” The speakers denounced what they called an assault on free speech, and said they had come to defend it. One of the former Shin Bet chiefs, Ami Ayalon, was also a commander in chief of the Israeli Navy and is a recipient of Israel’s highest military decoration, the Medal of Valor.

Israelis showed no lack of courage on the battlefield, Mr. Ayalon said, adding: “Civilian courage, to come and say what we believe, is different to battlefield courage.” He said Israeli democracy was in a downward spiral of what he called “incremental tyranny.”