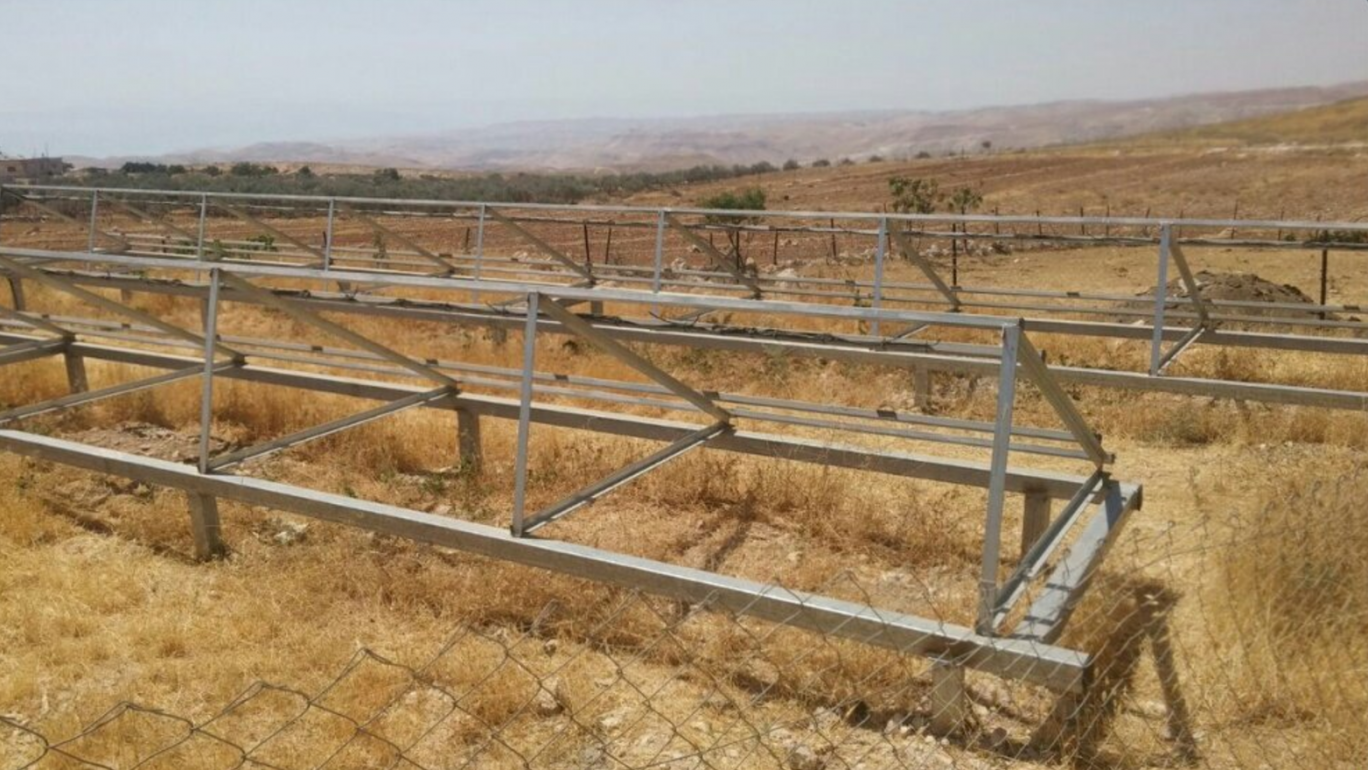 The Netherlands has lodged a complaint with the Israeli government after dozens of Dutch solar panels donated to a West Bank village were confiscated by Israeli authorities.

The hybrid diesel and solar power electricity system was installed last year in remote Jubbet al-Dhib, a village home to 150 people in an area of the West Bank occupied by Israel.

The panels were not built with proper permits and permissions, the authorities said, confiscating equipment belonging to the £307,000 humanitarian project last week.

Critics points out that building permissions for new Palestinian homes and infrastructure are almost impossible to obtain.

The village mayor told Palestinian outlet Ma’an News that the panels were destroyed, although Comet-ME, the aid organisation which installed the panels, said that between 60 and 90 were taken away intact and other equipment at the site destroyed and left behind by Israeli forces.

The Dutch Foreign Ministry has asked for the equipment to be returned to Jubbet al-Dhib and is considering what “next steps can be taken”, according to a report in Israeli daily newspaper Haaretz published on Saturday.

The issue has sparked anger both in the Dutch government and in the Palestinian territories over how it was handled.

Cogat, the Israeli military agency responsible for coordinating Israeli policy in Palestinian areas, said that several work-stop orders were issued before the day of the raid. Villagers maintain that they did not know the site had been targeted until Israel Defence Force (IDF) soldiers showed up.

Of particular note is that Jubbet al-Dhib is very close to Israeli outpost villages – settlements illegal under both Israeli and international law – which enjoy a full connection to the main power grid.

Cogat said in a statement that the village had “other electricity sources” other than the “illegal electricity room”. Haaretz said that before the solar panel system was installed, the 150 residents relied on a couple of “old and noisy” diesel generators for three hours of power a day.

More than 300 structures in the occupied West Bank demolished by the Israeli authorities in 2016 were at least in part funded by the EU or international NGOs, an Israeli military official said earlier this year.