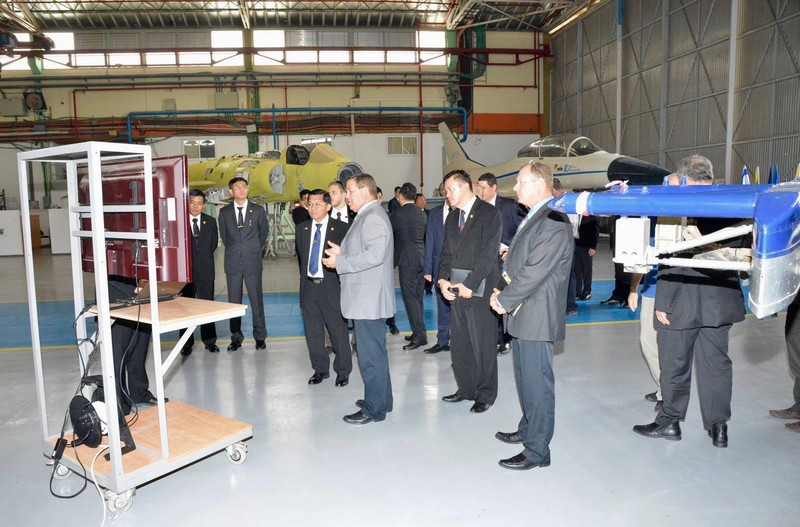 Israel is attempting to bury information about its arms sales to the military regime in Myanmar, which the UN accuses of a “brutal” campaign against the country’s Muslim Rohingya population, amounting to a “textbook example of ethnic cleansing.”

Hundreds of thousands of Rohingyas have fled their homes as the military and Buddhist mobs burn their villages.

Both Amnesty International and Human Rights Watch say that the military in Myanmar, also known as Burma, is committing crimes against humanity.

Myanmar’s leader, Nobel Prize winner and former political prisoner Aung San Suu Kyi, has been the subject of growing global criticism over her evasions and justifications of the atrocities.

This week, Israel’s state attorney asked the high court to retroactively classify all the records and proceedings related to Mack’s latest suit, which attempts to compel the government to end its arms sales to Myanmar.

In an emailed statement, Mack likened the request to the methods of a “dictatorial regime.”

The judges rejected the sweeping censorship request, but agreed to place a gag order on a ruling in the matter that they were due to deliver on Wednesday.

Mack said that the judges decided to classify their ruling without giving him and other parties a chance to respond to the state’s request.

At a hearing on Monday, the judges heard closed-door testimony about Israel’s relations with Myanmar. The Israeli newspaper Haaretz reported that in the open part of the session, a government representative “refused to comment on the issue or state whether Israel would stop arming Myanmar’s military.”

“The attempt by the ministries of defense and foreign affairs and the state attorney to silence the public and conceal Israeli involvement in crimes against humanity shall not succeed,” Mack vowed.

As he points out, evidence of the growing ties between Tel Aviv and the Myanmar military cannot easily be concealed.

In 2015, Min Aung Hlaing, a senior general in the Myanmar military, visited Israel, making stops at some of its biggest arms firms, including Elbit Systems and Israel Aerospace Industries.

The general posted pictures on Facebook of his visits to the arms makers and to Israeli military bases, leading Haaretz to conclude that Myanmar was planning to buy Israeli-made military patrol boats.

In the 1990s, long before Myanmar’s military junta was given a “democratic” face lift by Aung San Suu Kyi, “Israeli consultants” helped build a weapons factory for Myanmar, according to a 2007 report by Amnesty International.

That report called for a comprehensive international arms embargo on Myanmar.

In an editorial on Wednesday, Haaretz urged Israeli lawmakers to come together to put an end to the “disgrace” of Israel selling weapons to such brutal regimes.

Haaretz noted that Israel has a long history of arming – and lying about its arming – of forces that perpetrated massacres in Bosnia, military dictatorships in Chile and Argentina and the US-backed Contras in Nicaragua.

It added that Israel continues to arm “the forces of evil” in South Sudan.

Israeli weapons were used in the 1994 Rwanda genocide, a matter the details of which Israeli judges have also agreed to hide from the public.

Israel has always been willing arm pariah regimes. It supplied hundreds of millions of dollars of weapons to apartheid South Africa while the white supremacist regime was under an international embargo.

Some will see it as a worthy sentiment from Mack and Haaretz that Israel can be compelled to act according to some moral standard that does not represent a “disgrace.”

Mack’s efforts to uncover the truth are indeed useful and admirable.

But as both he and Haaretz surely know, Israel was founded on the ethnic cleansing of Palestine’s indigenous population.

Israel continues to exist as an apartheid Jewish state only by relentlessly implementing racist policies.

It maintains an overtly racist political and legal regime and a brutal military occupation that deprives millions of Palestinians of their most fundamental rights.

It carries out regular massacres of Palestinians to “mow the lawn” of resisting natives and its generals and ministers routinely threaten to “destroy” Lebanon.

Israel will continue selling weapons to pariah regimes because it is and has always been like its customers.

Palestinians, after all, are the experimental subjects whose suffering allows Israel to sell its technologies of death around the world as “battle proven.”