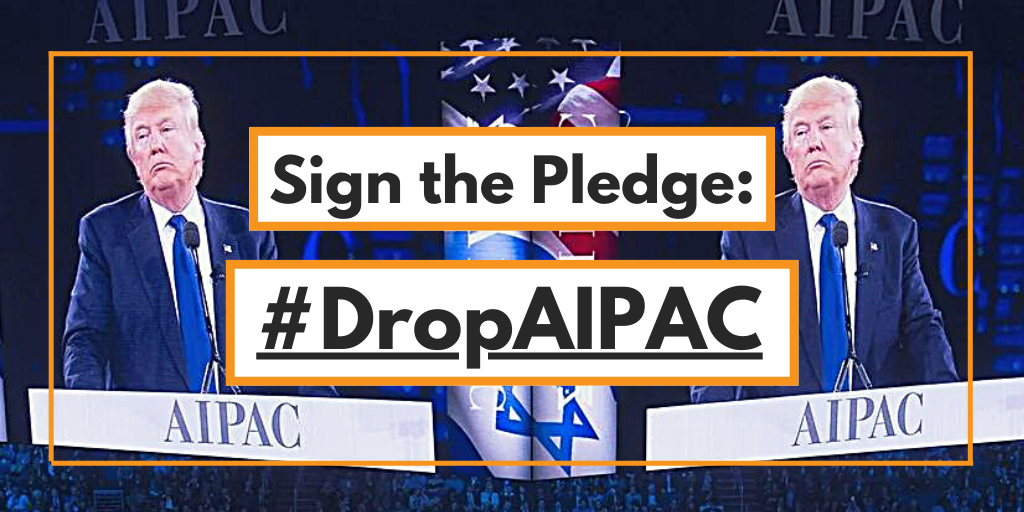 Join the Movement of Jews, Orgs, and Politicians Pledging to #DropAIPAC

AIPAC endorsed 109 insurrectionist Republicans and spent $25 million to defeat candidates supporting Palestinian rights and progressive causes. Their actions this year aid the right-wing movement threatening our planet and democracy, and should have no place in our community or our politics.

So long as donors, U.S. politicians, and Jewish orgs like youth groups and synagogues work with AIPAC — and so long as those watching stay silent — AIPAC will have the credibility and funding to continue working against Palestinian rights and against democracy.

By pledging to #DropAIPAC, I or my organization pledges to drop:

The majority of American Jews disagree with AIPAC’s anti-Palestinian racism and recognize that Jewish and Palestinian safety is intertwined. We stand committed to fighting for equality, justice, and a thriving future for all Jews, Israelis, and Palestinians.