The transformation of Israeli leftists into dissidents is a reminder that no one is safe from the attempts to turn the ‘wrong kind’ of Jews into enemies. 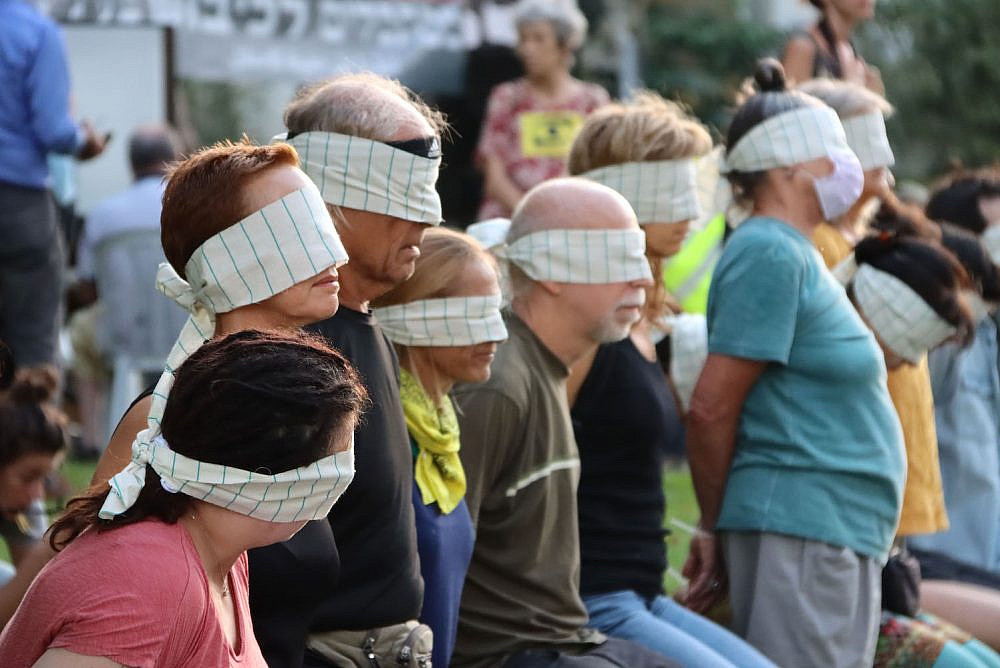 Most left-wing Israeli Jews do not generally think of themselves as political dissidents, and have likely never aspired to such a status. Despite the lavish praise they receive for their bravery, Israeli-Jewish leftists have the ability to speak out without suffering the consequences faced by Palestinians, not to mention activists in other undemocratic states. Leftist Jews have very often been afforded the privilege of being opponents of the right, rather than its enemies.

But all that seems like it may change, and far quicker than even the biggest pessimists in my camp anticipated. In just the last month, since Itamar Ben Gvir was appointed as presumptive national security minister, Bezalel Smotrich given the power to lord over the day-to-day lives of millions of Palestinians in the occupied territories, and Avi Maoz granted the power to implement his homophobic agenda in school curriculums, the shifts have been palpable for Jewish critics of the state and its occupation. The government has not yet been formed, but it is clear to everybody which way the wind is blowing.

Israeli police have since summoned Israel Frey, a left-wing Haredi journalist, for interrogation over a tweet praising a Palestinian who sought security forces, rather than civilians, for a planned attack (Frey has thus far refused to appear before the police). Israeli soldiers attacked and threatened leftists, some of them journalists, during a tour in occupied Hebron (a routine event for Palestinians in the city). Right-wing activists managed to pressure the Pardes Hanna-Karkur Local Council to cancel a screening of my colleague Noam Sheizaf’s new film on the occupation due to his politics. And on Thursday, during a hearing by the Knesset’s Constitution, Law and Justice Committee, Likud MK Hanoch Milwidsky interrupted Breaking the Silence Executive Director Avner Gvaryahu to call him a “traitor” and an “informant” who should “be imprisoned.”

The path to this moment was paved long ago. While loud and unabashed, there have been relatively few Jewish left-wing dissidents in Israeli history who have challenged the Israeli regime — from conscientious objectors, to nuclear whistleblowers, to groups such as the Israeli Black Panthers and the smattering of other independent left-wing groups — while most have focused on reforming specific policies. Meanwhile, Israel has an increasingly right-wing public that has become accustomed to managing an endless military dictatorship over the West Bank and a lethal siege on Gaza, and has little patience for anyone who criticizes it, or even speaks about it openly. The political right, from former Prime Minister Naftali Bennett — the hero of the “government of change” — to Smotrich and Ben Gvir, believe in forcing Palestinians to kneel before Israel (lest we forget that Bennett’s government dissolved over his coalition’s failure to re-authorize separate West Bank legal systems for Palestinians and Israeli Jews). 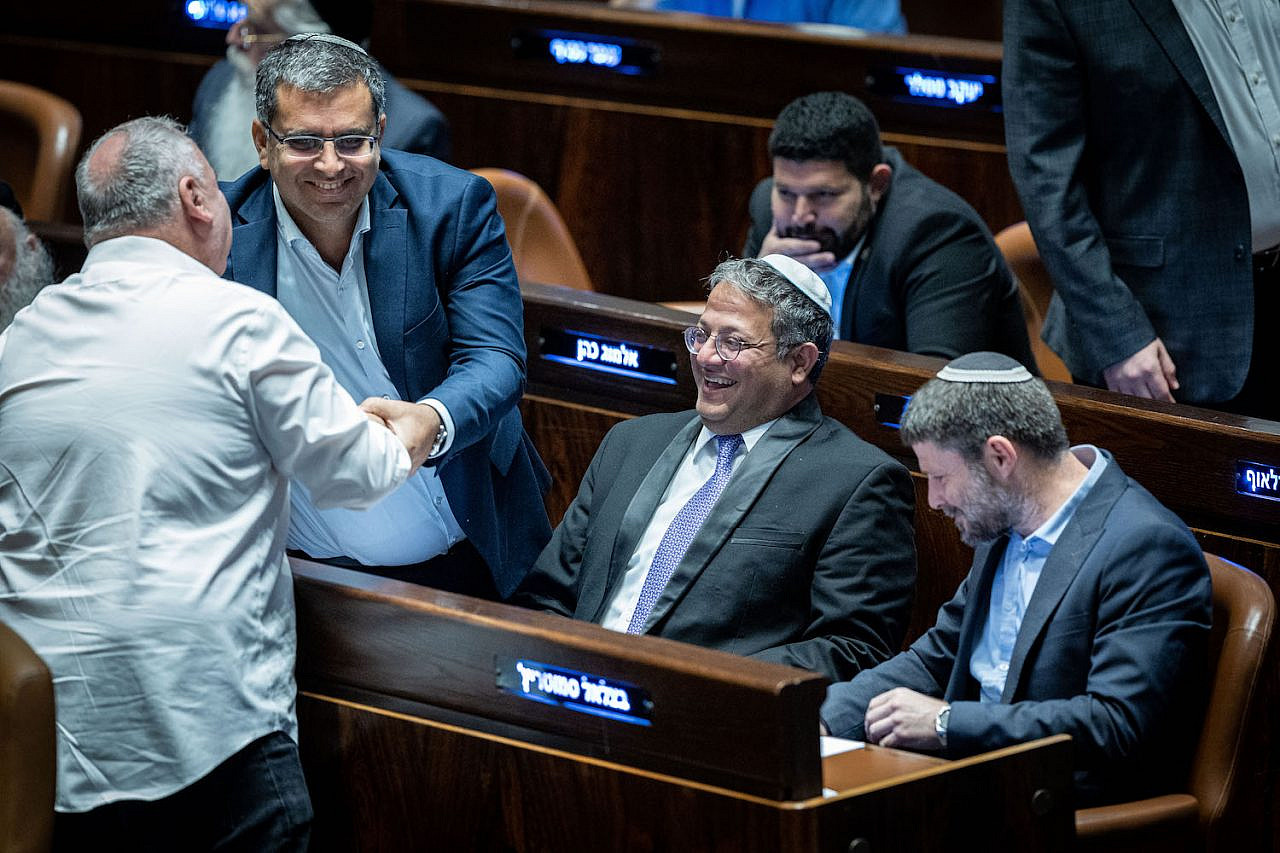 Meanwhile, much of the Zionist left no longer has anything of value to say about the occupation, and very often closes ranks with its opponents on the right in attacking Palestinians and the radical left. In Jewish-Israeli society, this has left behind a shrinking cadre of left-wing Jewish activists who recognize that dismantling apartheid and colonialism is the only way to move toward a more just future for Palestinians and Israelis.

Into that vacuum left by the Zionist left swept far-right groups with connections to the Israeli government that have made it their duty to seek out those Jewish Israelis who refuse to toe the party line. A little less than a decade ago, these organizations were behind a chillingly concerted bottom-up effort to delegitimize anti-occupation groups such as Breaking the Silence, B’Tselem, Ta’ayush, and others because they refused to remain silent in the face of Israel’s human rights abuses. What seemed like a novel phenomenon in 2015 is now part of the playbook for every single aspiring right-wing politician. In this sense, the attacks of the last month are not new, but they carry a great deal of weight given the makeup of the new government.

Over the last few weeks, we have witnessed how, time and time again, it is Palestinians who are repeatedly on the front lines of Israel’s repression, most prominently in the story of Dr. Ahmad Mahajna, who is still fighting for his job after he was falsely accused of handing sweets to a 16-year-old Palestinian who carried out a stabbing attack and who was in his care at Hadassah Medical Center. For over a month, Mahajna was ceaselessly attacked by the media and far-right activists for his so-called support for “terrorism,” until enough people came forward to put an end to the witch hunt. If left-wing Israeli Jews are being transformed into dissidents, Palestinians are always one false move from being labeled enemies of the state, simply by their very existence.

Yet this transformation of Israeli leftists into dissidents is a reminder that no one is safe from Ben Gvir, Smotrich, and Maoz’s attempts to suss out the “wrong kind of Jews.” After they come for Palestinians — particularly in Area C of the West Bank, so-called mixed cities, and the Naqab/Negev — they will come for the anti-apartheid activists. After that, it could be anyone who resists the religious coercion of the agents of Jewish theocracy.

Jewish dissidents-to-be need to know the path will be fraught and often dangerous. Some of us will inevitably leave (plenty already have), while others, particularly those without anywhere to go, will either stay and fight alongside Palestinians, asylum seekers, the LGBTQ community, and any other group this government comes after, or step away from activism altogether. Those looking from the outside at what is transpiring on the ground at lightning speed need to know that we are only at the very beginning.

Edo Konrad is the editor-in-chief of +972 Magazine.