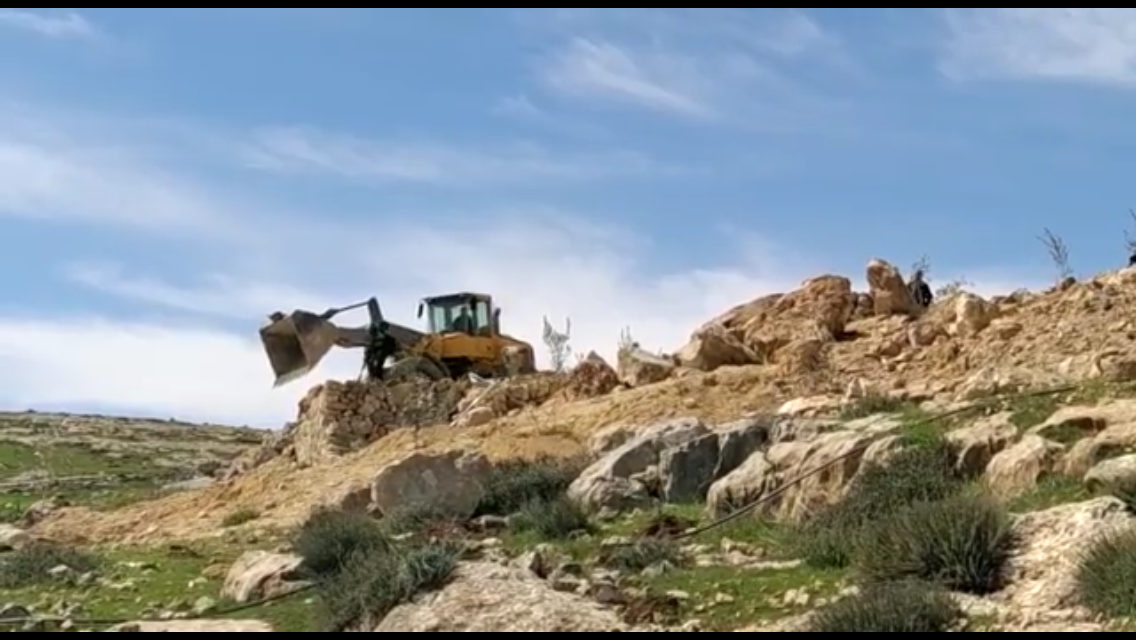 On the morning of February 27 Israeli forces arrived in the small Palestinian village of Isfaiy and used a bulldozer to demolish a barn for sheep and goats. They then drove to the small cluster of houses that is the village of al Rakeez, South Hebron Hills, and demolished two homes, leaving three families homeless.

The villages are part of an area claimed by Israel as firing zone 918 and used for war games and training. Residents of the area have been fighting in court for years for the right to remain in their homes, meanwhile it is impossible for them to obtain building permits from Israel, and Israeli authorities frequently arrive in the area to deliver stop working and demolition orders for homes, agricultural buildings, schools and mosques.

Israeli authorities have demolished more than 30 Palestinian structures during the month of February, including the unrecognized Bedouin village of al Araqib which has been demolished 174th times since 2010.

Thank you so much for caring about the daily lives and struggles of the people who live here.