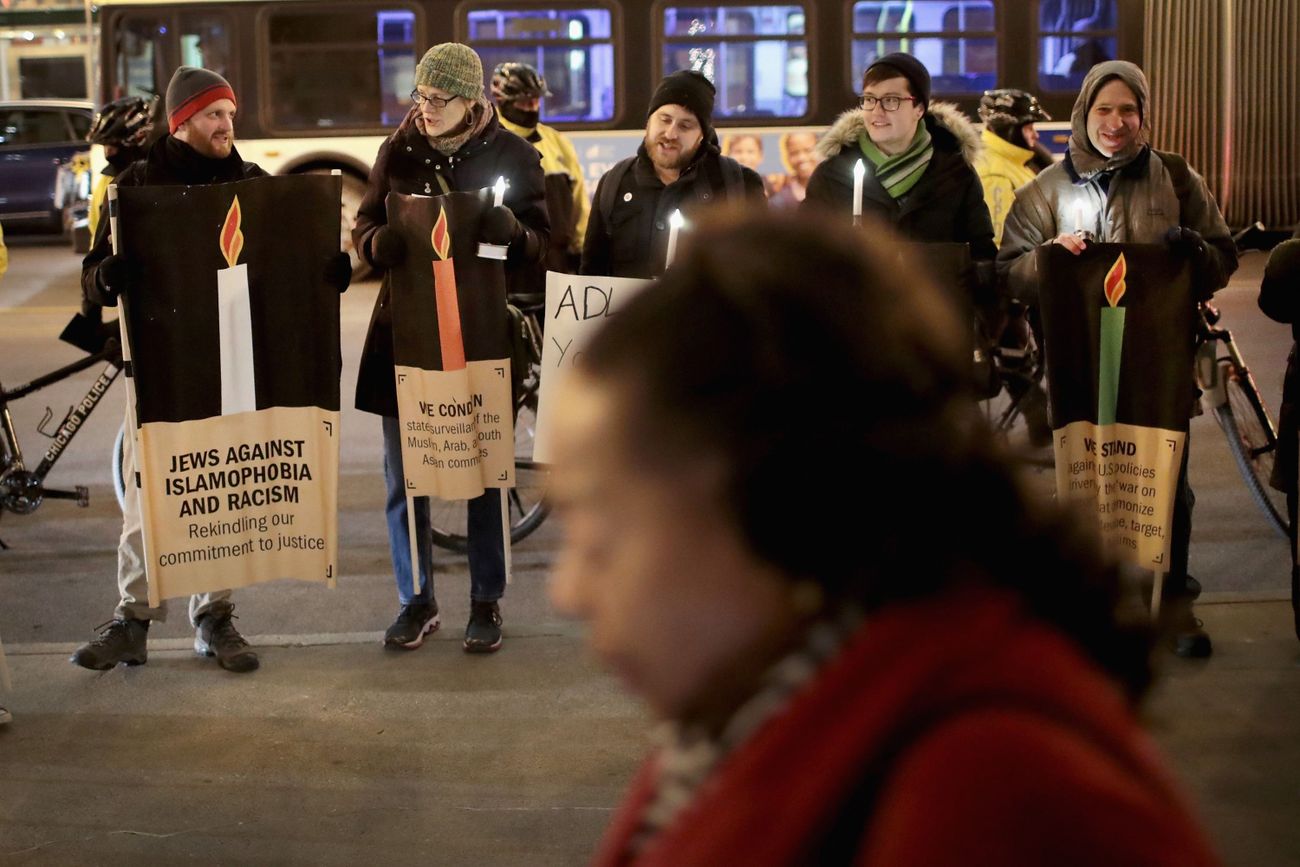 Tzedek Chicago was founded seven years ago, in part, to create a Jewish community free from a strong attachment to Israel. The congregation went beyond its original “non-Zionism” this week to become what is likely the first synagogue in the country to be affirmatively “anti-Zionist.”

“I’m so proud of the thoughtful way we engaged with each other in this process,” Scout Bratt, the shul’s president, said in a statement Wednesday announcing the decision. “While we knew individual members would have their own personal opinions, we ultimately treated this as a communal decision, not an ideological litmus test.”

The decision to add a statement decrying the creation of Israel as an “injustice against the Palestinian people – an injustice that continues to this day” was taken by a vote of the congregation’s 200 member families after the board unanimously endorsed it in December. Seventy-three percent of households voted in favor of the motion.

There is little data on how many American Jews identify as Zionists, or support Zionism, but many establishment organizations point to proxy questions to argue that the vast majority of the community is sympathetic to the tenets of Jewish nationalism. For example, the Pew Research Center found in May that 82% of Jews said “caring about Israel” was essential or important to being Jewish, and 81% told the American Jewish Committee that it was antisemitic to say that “Israel has no right to exist.”

“I don’t think they know what Judaism even is,” Daniel Koren, director of Hasbara Fellowships Canada, wrote on Twitter.

Establishment groups have long shunned Tzedek Chicago, with JTA reporting in 2019 that the congregation was not listed in the local Jewish federation’s directory of synagogues.

Others noted that it was an incremental move for a congregation that was established with an explicit eye toward attracting Jews who felt alienated from synagogues and other Jewish institutions that celebrate close ties to Israel. Rabbi Brant Rosen, who founded Tzedek Chicago, has long described it as a community for Jews skeptical of, or opposed to, Zionism.

“There are increasing numbers of Jews out there, particularly young Jews, who don’t identify as Zionist and resent the implication that somehow to be Jewish today one must be Zionist,” Rosen told Religion News Service in 2015. Rosen, who was ordained by the Reconstructionist Rabbinical College, had previously helped found the rabbinical council of Jewish Voice for Peace, which is itself anti-Zionist.

But while Rosen told RNS that he believed Tzedek Chicago was the first congregation to intentionally eschew positive attachment to Israel, the synagogue is in fact one of at least half a dozen congregations to take similar positions, according to a Forward analysis.

Letter To The Editor: It’s Time For Synagogues To Get ‘Politicalized’
Brant Rosen, March 4, 2017

And Jewish Voice for Peace lists more than 20 synagogues and minyans that are “friendly” to its members, including Tikkun Olam Chavurah in Philadelphia, which in 2018 endorsed the Boycott, Divestment and Sanctions movement, a campaign that effectively calls for the end of a Jewish-majority in Israel.

Kadima, a Reconstructionist congregation in Seattle that was founded in 2005, describes itself as “a home for Jews and fellow travelers who work to end the Israeli occupation, resist Jewish communal denial of Israel’s need for accountability, and build community with Jews who are excluded from other Jewish institutions because of their criticism of the actions of the Israeli government.”

While some groups of Orthodox Jews are anti-Zionist for religious reasons, most progressive Jewish congregations, including those listed by JVP, are careful to avoid staking the kind of explicit position that Tzedek Chicago took in its vote Sunday. The New Synagogue Project, which is led by a rabbi who previously worked as a lobbyist for JVP, states on its website that “we do not fuse our spiritual practice with any form of political nationalism,” and Hinenu, a Baltimore congregation, says it supports “the liberation of Palestinians,” without taking a stance on Zionism itself.

While many synagogues were divided over the question of Zionism in the late nineteenth and early twentieth century, the organized American Jewish community rallied around the fledging State of Israel after its establishment in 1948 and implicit support for Israel is now a core part of almost all synagogues in the United States, save for a few Orthodox communities.

“We know there are increasing numbers of Jews who seek a Jewish spiritual home that does not require attachment to a political Jewish state,” said Bratt, the president of Tzedek Chicago. “We hope our decision will inspire the Jewish community to begin to imagine a future beyond Zionism.”

Some critics on Twitter questioned whether the vote to become anti-Zionist was a publicity stunt, pointing to a sparse online event calendar for the synagogue, but others chimed in to defend the community.

“I’ve been to Tzedek services both in person and via Zoom, many times,” wrote a user named Ishmael, who said he was a Chicago-based Jew. “I don’t always agree with the politics but can assure you it’s a very warm, progressive, LGBTQ+-friendly, wonderful congregation with a really smart, very thoughtful, compassionate rabbi.”

Arno Rosenfeld
Arno Rosenfeld is a staff writer for the Forward, where he covers U.S. politics and American Jewish institutions. You can reach him at arno@forward.com and follow him on Twitter @arnorosenfeld.