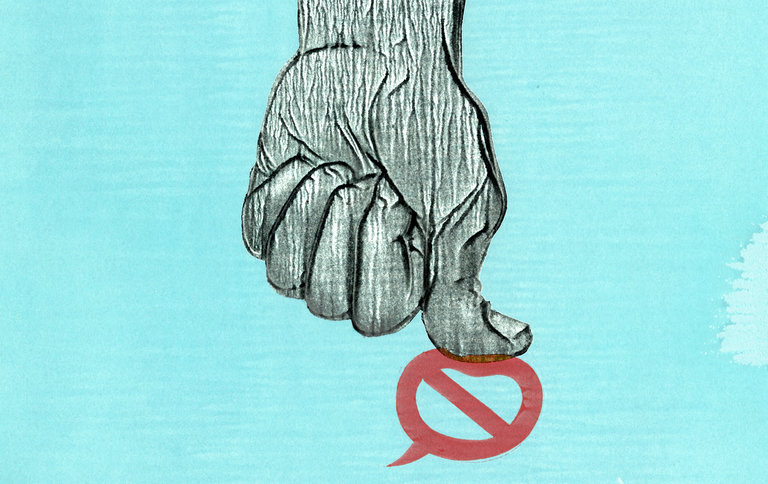 As a Jew who has lived in Israel and has many relatives there, I feel that the government should not be dictating how I relate to the Jewish state and in what ways I voice my objection to its policies

IN 1985, Gov. Mario M. Cuomo proposed that New York State divest of its billions of dollars in investments in companies that did business with South Africa “to demonstrate,” he declared, “the abhorrence of our residents to the pernicious system of apartheid.” An opponent of Mr. Cuomo’s plan, the state comptroller, Edward V. Regan, told The New York Times, “We’re not in the foreign-policy business.”

State Republicans blocked Mr. Cuomo’s efforts, and he ultimately settled for divesting personally from apartheid, withdrawing his personal funds from banks with ties to South Africa.

How times have changed.

Last week, Mario Cuomo’s son, Gov. Andrew M. Cuomo, signed an executive order essentially creating a blacklist of entities that boycott or divest from Israel or encourage others to do so, banning those companies from receiving taxpayer funding.

The movement to boycott, divest from and sanction Israel, known as B.D.S., is a strategy intended to combat Israel’s nearly 50-year occupation of the Palestinian territories in the West Bank and Gaza, a situation that three former Israeli prime ministers, as well as Secretary of State John Kerry, have warned would become akin to apartheid if allowed to continue.

I oppose Israel’s occupation and I want the Palestinians to have equal rights and self-determination. Still, I do not support a boycott that targets Israel as a whole. While I avoid buying products from companies that operate in Israeli settlements, I do so out of commitment to the two-state solution and my belief that the occupation endangers Israel’s future as a Jewish and democratic state.

But I also believe that economic boycott is a legitimate form of political expression, one that the government has no business restricting by withholding state business.

Paradoxically, Mr. Cuomo has engaged in a type of boycott himself, issuing three executive orders banning nonessential travel by state employees to Indiana, Mississippi and North Carolina for discriminatory laws against L.G.B.T. people. Apparently, in Mr. Cuomo’s book, boycotts are acceptable against American states with discriminatory laws, but not against a foreign country that has systematically subjected millions of people to decades of oppression.

Documents from statehouses where anti-B.D.S. bills have passed, obtained through Freedom of Information requests, show that there is a concerted effort by advocacy groups, like the Israeli American Council, and even the Chabad-Lubavitch Hasidic sect, to promote anti-B.D.S. legislation in statehouses and in Congress.

While bills in other states have, for better or worse, gained legislators’ approval, Mr. Cuomo’s executive order is the first to be instituted without democratic ratification. After it became clear a bill with the same purpose would not pass the State Assembly, Mr. Cuomo decided he wanted to take “immediate action,” as he put it at the order’s signing, joking that the legislative process was often “a tedious affair.”

Legal scholars on both sides of the issue have raised flags. On Twitter, Katherine Franke, a professor at Columbia Law School who sits on the Academic Advisory Council of the pro-boycott group Jewish Voice for Peace, called the order “clearly unconstitutional.”

Eugene Kontorovich, a professor at Northwestern University’s Pritzker School of Law, who has supported anti-boycott legislation, has suggested that Mr. Cuomo’s executive order could run up against the First Amendment, and that its language penalizing advocacy of boycott or divestment — the measure is aimed at those who participate in pro-boycott activity or “promote others to engage” in it — was “a bridge too far.”

In analyzing a similar law passed in South Carolina last month, The Harvard Law Review wrote that the motivation behind such laws “could not be more antithetical to the core values of the First Amendment.”

Worse yet, the vagueness of Mr. Cuomo’s executive order raises more questions than it answers. For example, as the owner of a small web-design business who occasionally does freelance work for CUNY schools and state agencies, will I be denied contracts because I argued against buying SodaStream home carbonation systems while they were being manufactured in a settlement on the West Bank? If a filmmaker declares support for boycotting Israel, will the state deny her production company access to shoot at the new state-funded production center near Syracuse? If a church’s national assembly backs divestment from Israel, will it be denied state grants to operate homeless shelters and soup kitchens in Brooklyn?

And what about companies working in the West Bank that succumb to the economic pressure of boycotts or divestment and move their operations? Will the State of New York tell a private enterprise that it must choose between losing money because of boycotters or losing contracts with the state?

But this is also personal. As a Jew who has lived in Israel and has many relatives there, I feel that the government should not be dictating how I relate to the Jewish state and in what ways I voice my objection to its policies. Regardless of how one feels about the Israeli occupation and the B.D.S. movement, Mr. Cuomo’s decision should be an unsettling precedent.