“The only possible option for them is to continue knocking on the walls of their prison with the hope that the world will hear them.” 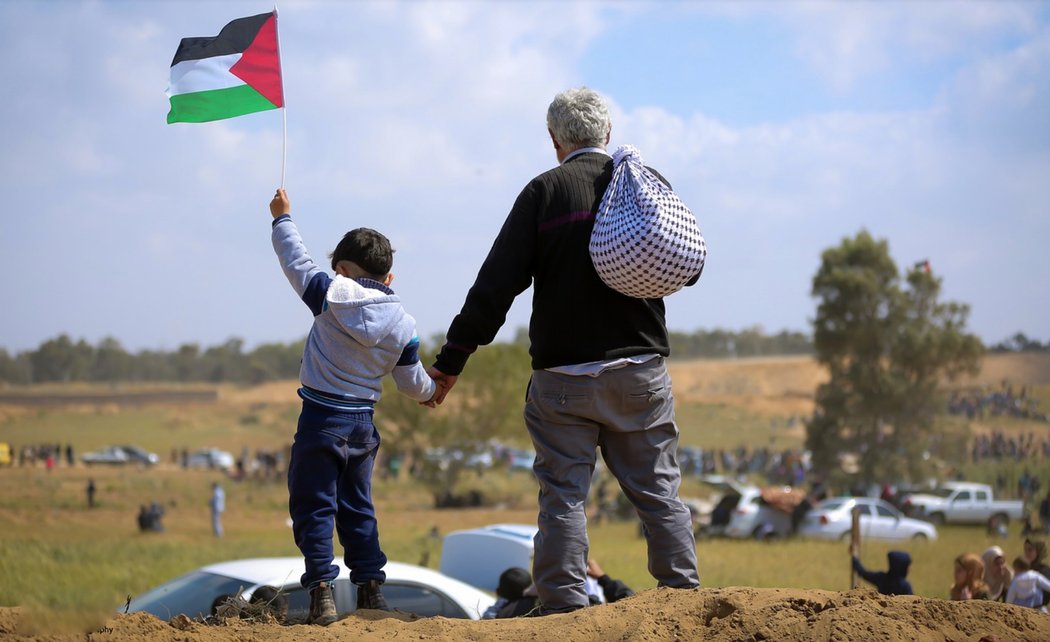 Ahmed Abu Artema has organized the Great March of Return in protest of Israel’s blockade on Gaza. (Hosney Salah)

Ahmed Abu Artema is a Palestinian writer and activist. A resident of Rafah in the Gaza Strip, his family was expelled from its home in the Ramle district in 1948. A follower of nonviolent resistance, he is one of the main organizers of the Great March of Return, which has taken place every Friday for more than a year at the separation wall with Israel. A heavy-handed Israeli response has caused hundreds of Palestinian deaths and many more people injured.

A slight man with sad eyes, married and father of four, Abu Atrema was the featured speaker in a nationwide tour in March organized by the American Friends Service Committee and titled “Hashtag to Headlines: How the Gaza Great March of Return Challenged the World.”

I interviewed him recently for my radio show in Madison, Wisconsin, and followed up with emailed questions, which were translated from Arabic by Jehad Abusalim. 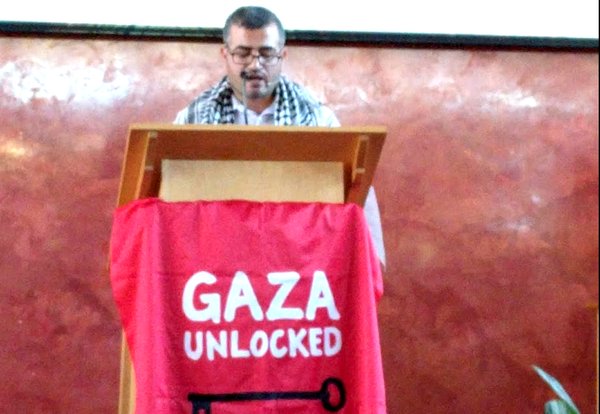 Q: What is the Great March of Return about?

Ahmed Abu Artema: The Great March of Return represents the clearest expression of the will of the displaced Palestinian refugees: They want to go home. In 1948, Zionist militias expelled more than 750,000 Palestinians from their cities and villages to pave the way for the establishment of the state of Israel. These forces believed that, with time, the refugees would adapt to the reality of refugeehood and would forget their homeland.

But the message of the Great March of Return clearly says that the Right of Return is to be negotiated, and that new generations of refugees who were born in the refugee camps in exile still adhere to their inalienable right to return to their homes and property.

Q: How did the march come into being and what has happened since?

Artema: A group of friends and I called for the March of Return twice. The first time was on May 15, 2011, when the call then was met by wide reaction. Thousands of Palestinians gathered near the boundaries of historic Palestine in Lebanon, Syria, Jordan, and near the green line in the West Bank and Gaza. That was the 63rd anniversary of the Nakba, the Catastrophe [the term used by Palestinians to describe their mass expulsion and the destruction of their society in 1948].

The second time we called for a march of return was in early 2018, when I proposed organizing a mass and peaceful march by the people of the Gaza Strip, to put an end to the blockade there—which has meant a slow death for us—and to call for the implementation of U.N, General Assembly Resolution 194, regarding Palestinian refugees’ right to return to their original homes.

The idea turned into a broad movement in the Palestinian society in Gaza, and it was adopted and promoted by various political and social groups. This led to the creation of an executive committee that represented all these forces, which took on itself to organize the practical steps of the demonstrations.

Q: What makes the march continue despite the large number of casualties?

Artema: The protests continue because people in Gaza can’t adapt to the reality of death and imprisonment. People in Gaza are dying slowly and painfully due to the brutality of the blockade and lack of hope. The only possible option for them is to continue knocking on the walls of their prison with the hope that the world will hear them.

Q: How has your life in Gaza changed since the start of the marches?

Artema: My life in Gaza is relatively quiet, and I prioritize spending time with my family and children despite my engagement in social activism and political writing for more than a decade. After my name received so much attention in the media, my life has become less calm and more busy.

This attention gave me the opportunity to convey the voice of my fellow Palestinians in an effective way. At the same time, I feel deep sadness hearing about the fallen innocent victims killed by Israeli occupation soldiers.

Q: How do you understand the Israeli response? Is it as you expected?

Artema: I view the Israeli violent response to the Great March of Return as an attempt to distort Palestinian consciousness and cause Palestinians to lose faith in struggling for freedom and dignity. Palestinian protesters posed no threat whatsoever to Israeli soldiers safe in their military outposts on the other side of the separation fence; there was no justification to shoot and maim them.

Shooting protesters had a political aim—that is to kill the idea of marching for return. Israel feels free to commit such atrocities because of its feeling of impunity due to the lack of seriousness on the part of the international community to hold it accountable for its crimes.

Q. Have you had a chance to talk with Israelis? If so, what did you learn or understand?

Artema: Talking to Israelis is very important. All those who stand up with us in refusing the injustices inflicted on us are our partners in this struggle.

There are Israelis who support us by advocating for our rights, like the group “Jews for Palestinian Right of Return.” These activists participate in the Great March of Return on the other side of the separation fence to advocate for Palestinian rights. I’m in touch with them and I appreciate their principled stance in favor of justice.

I also talk to Israeli conscientious objectors, who refuse to serve in the Israeli military. I’m in touch with some of them, and express time and time again my gratitude for their principled stances. I told them we are all in the struggle together for justice and equality.

Q. Why is it important for you to talk to Americans? Who have you talked to so far in your tour?

Artema: I hope that through my trip to the United States, we build connections and bridges with all advocates for justice and humanity and together raise our voice and build a movement capable of pressuring decision makers to put an end to the tragedy that befell the Palestinian people. The voices of people have been rendered absent, and their absence encourages the occupation to continue its crimes. We want the voice of people, ordinary people, to be heard. We want the public to know the facts that there are people in Palestine who suffer and that their suffering needs to come to an end.

During my tour I spoke with African American, indigenous, and Jewish activists, and with journalists and members of Congress. I was touched when I stood near the U.S.-Mexico border and saw people praying in a service that took place on both sides of the border. People were unable to shake hands and some of them were crying. I recalled our tragedy in Rafah which was split by a border fence into two parts, splitting hundreds of families apart. Borders are a declaration of moral and political failures.

Q. What solutions are you hoping for?

Artema: Justice is key to bringing about security and peace for all. Palestinians have a right to live in freedom and equality. The military occupation must end, and Palestinian refugees have a right to return to the lands from which they were expelled.

Q. What are your thoughts as you watch the latest events in Gaza, the riots against Hamas and the Israeli attacks?