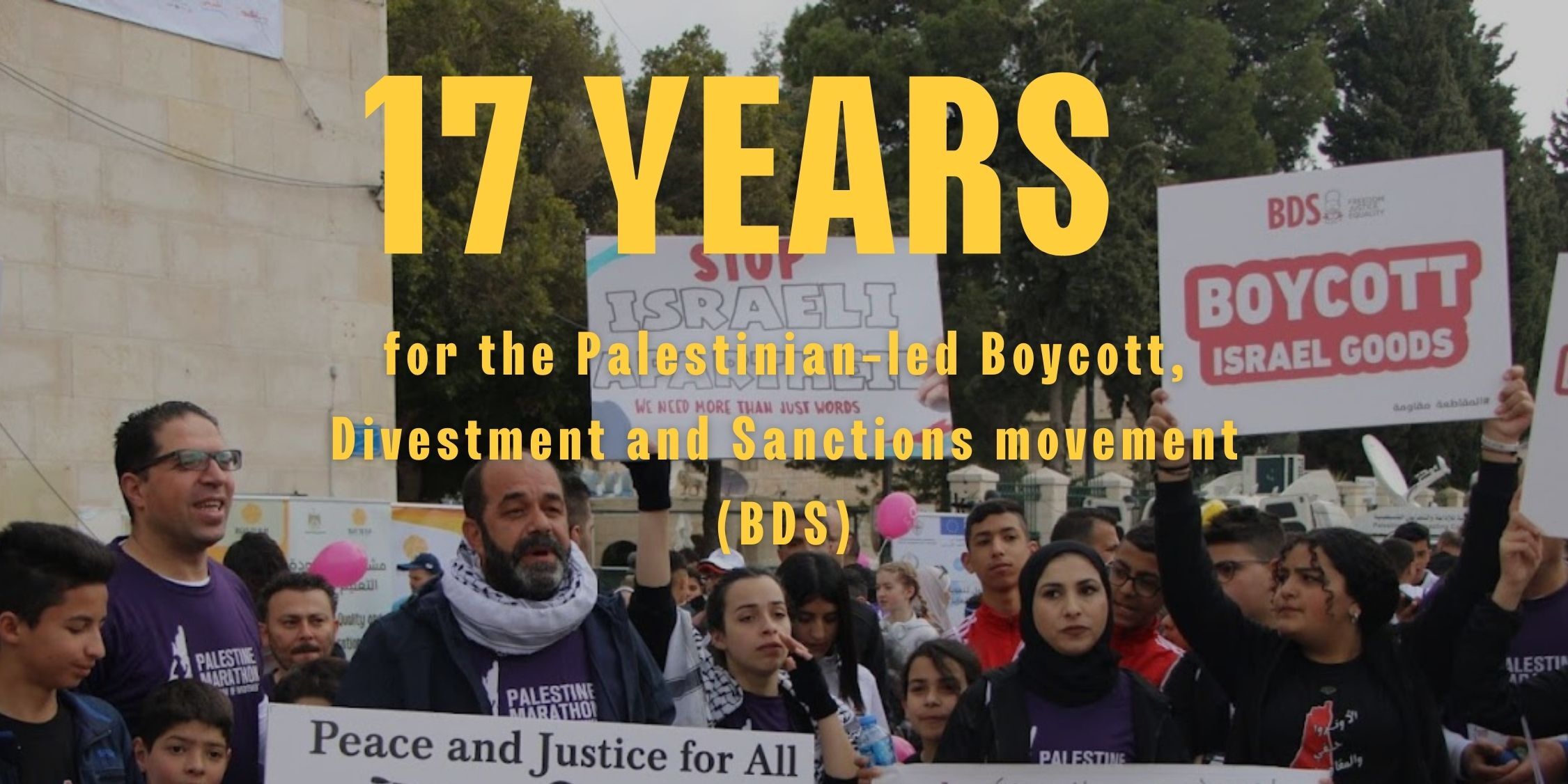 On this anniversary of the 2005 call from the largest Palestinian coalition to boycott, divest from, and sanction Israel’s regime of military occupation, settler-colonialism and apartheid, we want to celebrate this growing anti-apartheid movement.

Join us in celebrating the most significant moments in the growth of the anti-apartheid movement, its globalization, its impact, and indispensable role in bringing about an unprecedented narrative shift around Palestine and the Palestinian people’s inalienable rights.

Watch the inspiring video below and take action now to share the strides we’ve made in the Palestinian anti-apartheid struggle far and wide.https://t.co/AfhE8ZZ5PF

Thanks to you, we were able to collectively globalize the struggle. Our BDS movement has played a central and leading role in shifting the narrative and continues that crucial role today in shining the path forward: boycotts, divestment, and lawful, targeted sanctions as the most effective forms of international solidarity with the struggle of Indigenous Palestinians for liberation.

So far, 2022 has been a very significant year in the history of our inclusive, anti-racist movement, which is rooted in a rich heritage of Palestinian popular resistance and inspired by the South African anti-apartheid movement and U.S. Civil Rights struggle, among others. With reports from the UN and Amnesty International, adding to the body of work developed by Palestinian, South African and other groups and individuals, we now have an international human rights consensus condemning Israel’s apartheid against Palestinians and calling for accountability measures to dismantle it.

As Palestinians continue to resist, our anti-apartheid movement is growing fast. The Unity Intifada of 2021 showed that Palestinians are one, across our fragments in colonized Palestine and across the world, in refugee camps and the diaspora, in standing against Israel’s regime of settler-colonialism and apartheid.